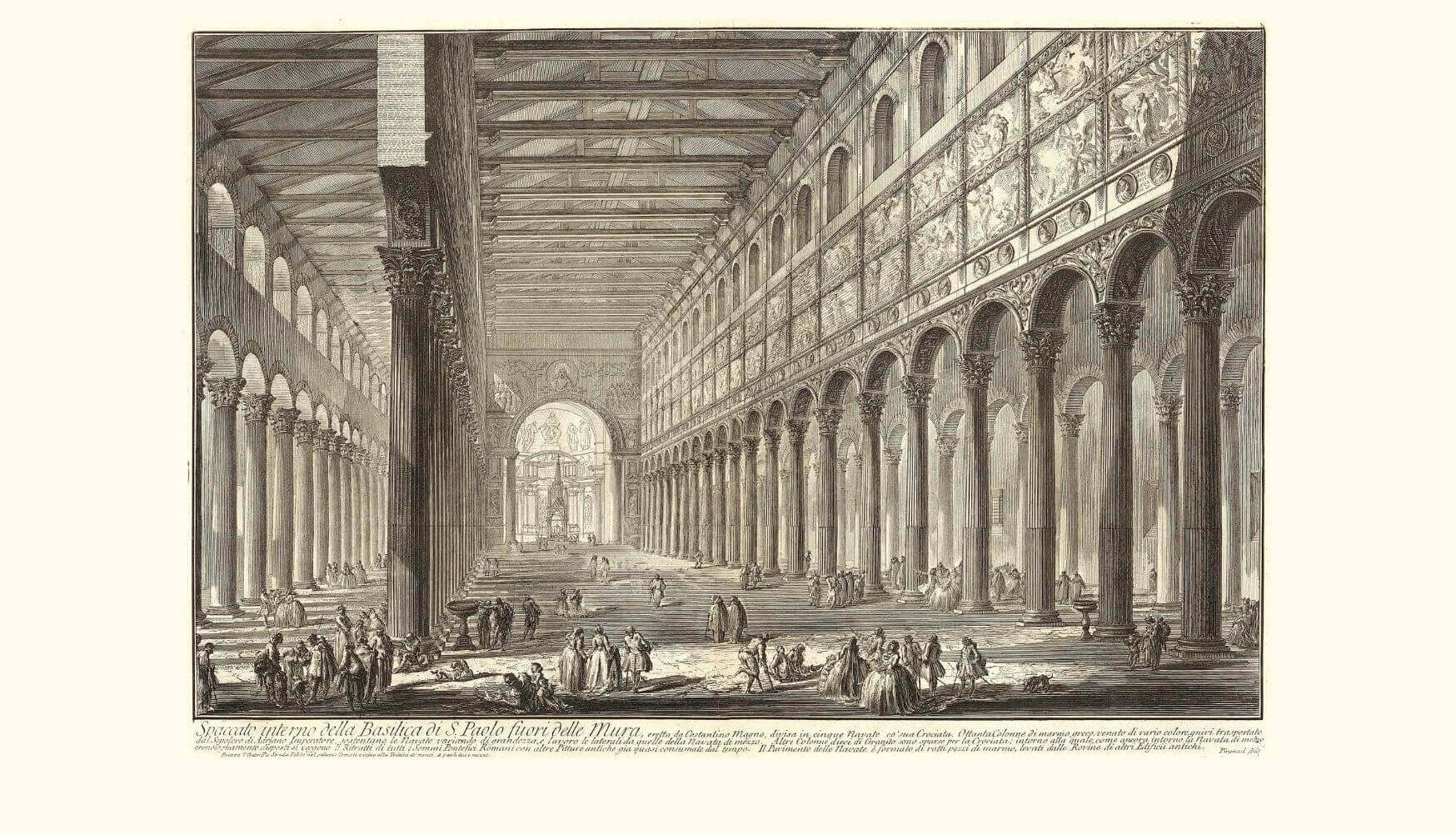 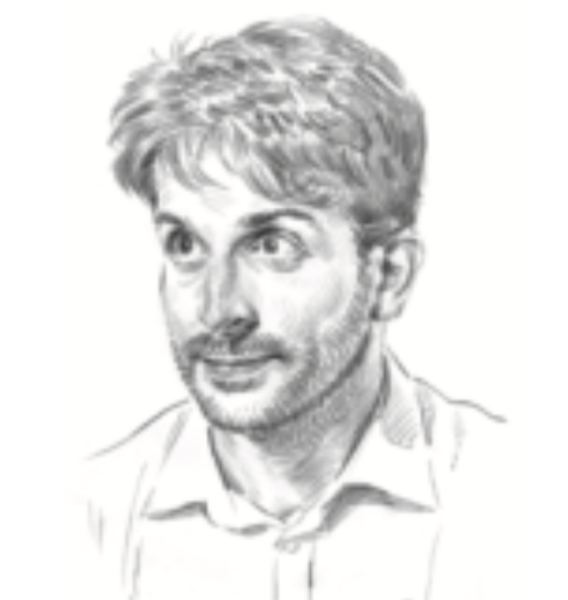 Chopin’s Polishness resonated in harmony with Italian art that played such an important role in his music – writes Alessandro TOMMASI.

It is well known that Chopin’s relationship with Italy is a story of long-lasting, albeit platonic love. He never visited the country except for a short stay in Genoa when he was travelling back from Majorca with George Sand. Even so, from the days of his youth, Chopin perceived Italy as not just the destination of a planned trip that never materialised, but as an artistic ideal; he was in fact steeped in Italian culture when still a young man living in Warsaw. Cultural affinities between Italy and Poland went back centuries, as evidenced by the many artists, scholars, musicians and architects who had travelled between the two countries. One of the greatest Italian artists in Warsaw was Marcello Bacciarelli who became court painter for King Augustus III of Poland. He was later tasked with administering the artistic life of the kingdom, managing the royal buildings and caring for the royal art collection. Traces of such artistic exchanges were still visible during Chopin’s time – the Old Prints Room at the University of Warsaw, a location closely linked with the composer’s life, held engravings by Piranesi as well as volumes devoted to Italian art, especially from the classical period, with a particular penchant for the artefacts excavated at Herculaneum. Brodowski, a friend of the Chopins and professor of painting at the University of Warsaw, would often consult these volumes preparing his lectures or taking inspiration for his own art. The impact of classical art and a fascination with the honesty and proportions of antiquity must have made themselves felt when Chopin walked in the Royal Baths Park with its theatre on water modelled on the newly discovered Herculaneum theatre. In late 18th-century Poland, Italian art could also be seen in the many buildings that were heavily influenced by Palladio’s designs. Even theatres were permeated by Italian art – the National Theatre was designed by Bonaventura Solari, an architect of Italian origin, and the new theatre from 1833 is also the work of an Italian, Antonio Corazzi, whose many buildings erected during the 24 years he stayed in Warsaw were always inspired by classical antiquity.

I have mentioned the University of Warsaw on purpose as Chopin and his family lived on its premises in 1817-1827. The composer attended courses at the Music School affiliated to the University. It was when he lived there that young Chopin could see a large collection, located just a few meters from his home, of famous plaster cast statues from Greek and Roman antiquity as well as more recent works by Canova many of which have survived until today. Most of his friends and family acquaintances attended the University or taught there and several young students rent rooms from the Chopins.

In short, Fryderyk Chopin grew up having almost daily contact with Italian culture, an experience which found its way into his art. But instead of the expressive power of Michelangelo, which George Sand did not like in Chopin, he was rather shaped by Canova’s smooth elegance, Bernini’s significant nuances and Canaletto’s sophisticated Venetian views.

This is why Chopin remains such an ambiguous 19th-century figure. A symbol of Romanticism par excellence, he was nevertheless very far from Liszt’s fervent expansiveness, Schumann’s vision and Berlioz’s revolutionary experimentalism – what he searched for was more that sublime balance with which he was undoubtedly born and which was compounded by the proximity of Italian art.

However, the most important way in which Chopin experienced Italian culture was of course through music.

As mentioned, the composer grew up immersed in an environment where Italian culture was very much present and this included, unsurprisingly, Italian music which was widely popular in Warsaw. One of the first contacts Chopin had with it was through Carlo Evasio Soliva, a composer and teacher of singing (he taught Konstancja Gładkowska, young Chopin’s great love) as well as conductor and director of Warsaw’s Music University. In spite of the animosity between Soliva and Józef Elsner, Chopin managed to keep polite, cooperative relations with both the conductor and the maestro, performing on several occasions during musical evenings when he accompanied Soliva at the piano or played with an orchestra under his baton.

Even more momentous was his encounter with Niccolò Paganini. Paganini visited Warsaw between 23 May and 14 June 1829 to give ten concerts in the National Theatre on the occasion of Nicholas I’s coronation as King of Poland. For nineteen-year-old Chopin this was highly exciting: over the following years he kept comparing in his letters the soloists he heard to Paganini. In fact, Chopin himself was compared to the Genovese violinist several times, including by Felix Mendelssohn. After all, Paganini left his mark on the entire Romantic period: Liszt, Schumann, Chopin, Berlioz – all of them thought the great violinist had achieved the ideal of transcendence, i.e. the ability to go beyond the limitations of one’s instrument. Obviously, each of these composers interpreted this in his own fashion. For Chopin, Paganini provided inspiration primarily, but not only, for his Etudes Op. 10 and 25 which he started composing in 1829. His Souvenir de Paganini, also from 1829, bears traces of an Italian melody made popular in Europe by Paganini as well as the variations that would reappear in many of Chopin’s later compositions.

I have saved for last the most vital aspect of Italian culture that Chopin was constantly exposed to from his childhood years: the opera, and in particular belcanto which accompanied the composer throughout his entire life. Warsaw loved Italian opera. Just like the entire 19th-century Europe, the capital of Poland was engulfed by Rossini’s “cyclone”. Rossini’s first opera staged in Warsaw was Tancredi. After its successful premiere in 1818, it continued to dominate in the operatic life of the city in 1820-1830. Chopin was very attached to Gioacchino Rossini’s operas, even more than he was to the operatic work of Bellini with whom Rossini is often compared. The Polish composer frequently mentioned Rossini’s music in his letters. We know that some of his improvisations were inspired by Rossini and a few of his early short pieces make references to Rossini’s work, for example his youthful Polonaise in B-flat minor where Chopin used the melody of Giannetto’s cavatina from The Thieving Magpie ( La gazza ladra). Chopin’s admiration for Rossini is hardly surprising. Although he was perfectly attuned to the moods and tendencies of his time, Rossini remained an 18th-century man who was brought up on Mozart and whose aristocratic fineness always kept him away from the tumultuous atmosphere of Sturm und Drang (except for his Wilhelm Tell).

Accounts of Chopin’s attitude to Bellini’s music vary, but, regardless of his opinion, there are undoubtedly some similarities in the music of the two composers.

All the same, Chopin belonged to the 19th century, drawing inspiration from Rossini’s model and moving towards Bellini rather than Donizetti’s, and later Verdi’s, teatro del vero.

How does this influence of Italian opera manifest itself in Chopin’s music? What Chopin borrowed from the genre was first of all the idea of singing modelled on belcanto with its balance, seducing plasticity and expressive naturalness. All these qualities bring to mind the ideal of classical art which Chopin absorbed, more or less consciously, from his earliest childhood. This is why, even at its most dramatic, Chopin’s music never veers towards Schumann’s exaltation or Liszt’s theatrical gestures. The closeness of early 19th-cenutry Italian opera can be seen in Chopin’s deep bond with Polish folk music and that general affinity between the cultures of Poland and Italy confirmed by the already mentioned history of mutual artistic contacts. Consider Chopin’s rubato – the great scholar Gastone Belotti traces it back to Italian opera where eminent singers of the period were free to modulate their tempo, singing to discrete accompaniment. Alina Żórawska-Witkowska, on the other hand, found the technique in Polish folk music in which dance rhythms as well as melodious double and triple notes with different da capos are only some of the similarities (which also include word stress). It could therefore be said that Chopin’s Polishness resonated in harmony with Italian art that played such an important role in his music.

We can assume that Chopin’s work was widely known in 19th-century Italy, although the phenomenon has not yet been studied in detail. It is true that Italian musical culture was dominated by the opera until the end of the 19th century, but Chopin’s music slowly but surely made its way to Italian salons and concert halls, gaining popularity not only among audiences, but also pianists, composers and musicologists, a tendency that has been demonstrated thoroughly by Silvia Bruni.

One of the aspects that was picked up immediately by Italian audiences in the second half of the 19th century was patriotism – travelling from one oppressed land to another, the music of exiled Chopin with its narrative of Poland’s fate was easily understood in a resurgent Italy, a country that sought unity and fought for its independence.

Chopin loved Italy and the feeling was reciprocated. The love grew over his student years and was deeply rooted in his childhood. Yet we should not forget about one more very important source of that passion – food. In early 19th-century Warsaw, cake shops, restaurants and, most importantly, patisseries were largely Italian. And there are few things that can affect the mind and heart of a child as strongly as a place smelling of cake.

This content is protected by copyright. Any further distribution without the authors permission is forbidden. 05/01/2022