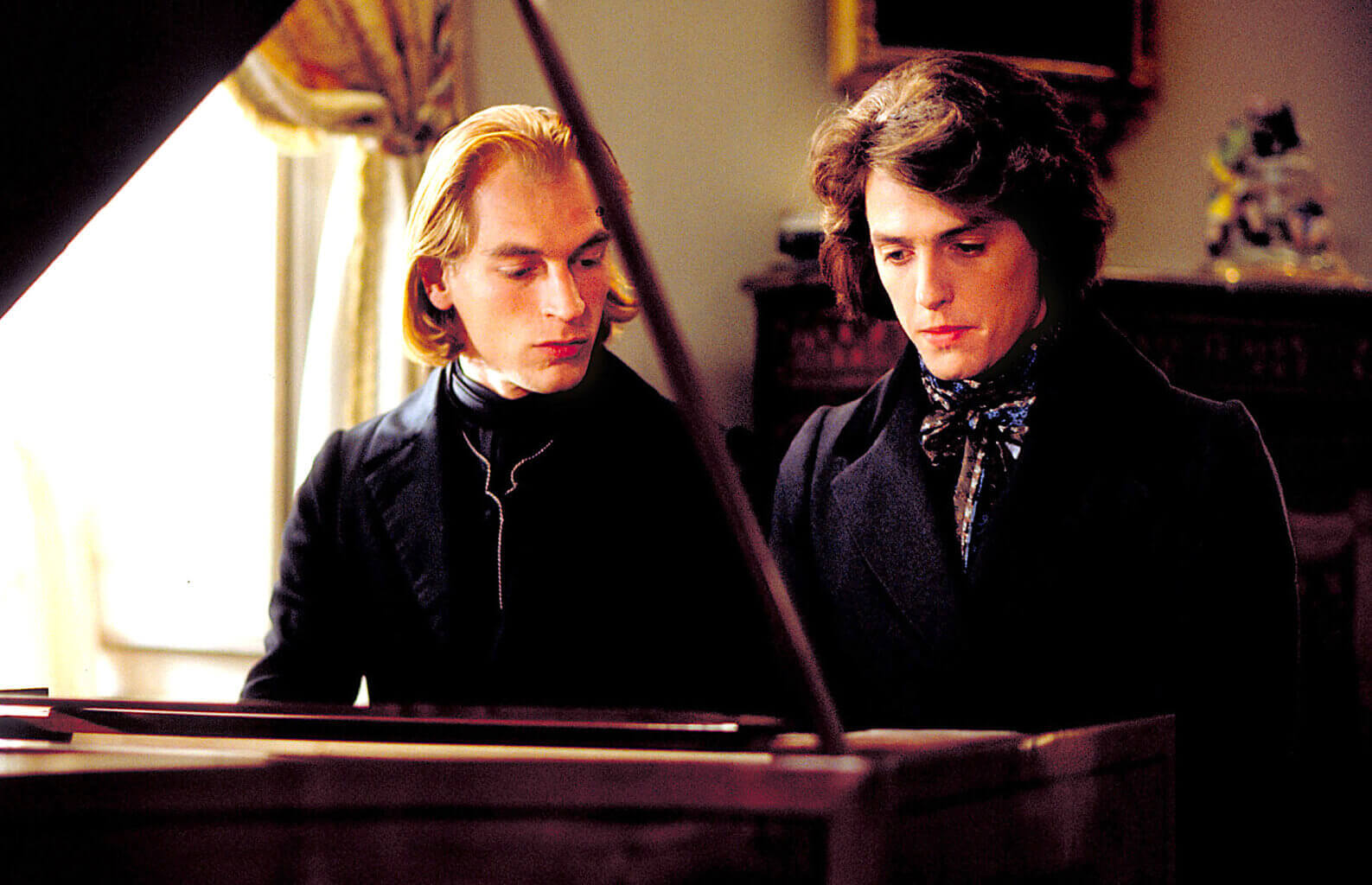 Chopin Competition Laureates in the UK 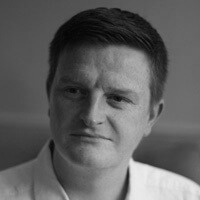 Great Britain has a long and close relationship with the music of Fryderyk Chopin. The composer himself visited in 1848. He stayed from April to November and gave concerts in London, Edinburgh and Manchester, including his last ever public performance, at London’s Guildhall in November that year. London remained an important centre for the piano in later generations. Throughout the 19th century, the piano makers Broadwood and Érard built instruments there, and from the early 20th century, the classical recording industry flourished in the capital. Visiting pianists have always enriched the country’s musical life, and in recent decades, laureates of the Chopin Competition have been particularly prominent, giving concerts and recitals, recording in the UK, and also passing on their knowledge and experience through teaching and adjudication.

The 1st International Fryderyk Chopin Piano Competition, in 1927, was won by the Russian pianist Lev Oborin. In his later career, Oborin made several visits to the UK. He was a member of the David Oistrakh Trio (along with cellist Sviatoslav Knushevitsky), and the three musicians travelled to London in 1958 to make a series of Beethoven recordings at the Abbey Road Studios, including the Triple Concerto with the Philharmonia Orchestra and Malcolm Sargent. Oborin was well known in the UK, thanks to his victory in the Chopin Competition, and during his visit, he also appeared on the BBC television programme ‘Music for You’, discussing his career. In 1966, Oborin visited again to serve as a juror in the Leeds International Piano Competition, the UK’s leading competition for pianists. In later years, Halina Czerny-Stefańska (Chopin Competition Joint Winner 1949) and Ingrid Fliter (2nd Prize 2000) also served on the jury.

Competition laureates have also contributed to the education of student pianists in the UK, especially at London’s Royal College of Music. The Ukrainian pianist Irina Zaritskaya took 2nd Prize at the Chopin Competition in 1960. She was also a pupil of Yakov Zak, who won 1st Prize in 1938. In 1985, Zaritskaya settled in London and taught at the RCM. Zaritskaya also continued to perform in the UK, giving many concerto performances with British orchestras. In more recent years, the RCM link with the Chopin Competition has been renewed by the American pianist Keven Kenner (2nd Prize 1990), who taught there. Kenner divides his time between Krakow and London, and has made concerto appearances in the UK with the Hallé and the BBC Symphony Orchestras.

The most high-profile Chopin Competition winner on the London stage is Maurizio Pollini. Soon after winning the 1960 competition, Pollini travelled to London to record the Chopin First Piano Concerto with the Philharmonia Orchestra under Polish conductor Paul Kletski. From the mid-1960s, Pollini began visiting London to give regular recitals, most often at the Royal Festival Hall. Pollini’s early Chopin performances in London were characterised by a fiery energy and an innate feeling for the drama of the music, often with sudden contrasts of mood and texture. In his more recent recitals, a reflective and intimate character has prevailed. Nevertheless, Pollini continues to perform Chopin’s larger and more dramatic works in London, including the piano sonatas, even into his late 70s. The pianist has also maintained an adventurous approach to recital programming. For example, he will often perform Chopin’s op. 28 Preludes in the first half, and then continue with works by Boulez or Nono.

The recordings made by Oborin and Pollini with the Philharmonia reflect the orchestra’s origins as a studio ensemble for EMI. But even after the orchestra parted ways with the record label, they continued to maintain close links with winners of the Chopin Competition. The Russian pianist Vladimir Ashkenazy, a pupil of Lev Oborin, took 2nd Prize in the 1955 competition. In the mid-1970s, Ashkenazy began a career as a conductor and in the following decades worked extensively with the Philharmonia, leading the orchestra in dozens of recordings for the Decca label. From 2000 to 2020 he held the position of Conductor Laureate with the orchestra. In recent decades, the Philharmonia has also worked regularly with younger Chopin Competition winners, giving performances of Chopin’s First Piano Concerto with Yundi Li (1st Prize 2000) and Seong-Jin Cho (1st Prize 2015), as well as recording the work with the 2005 winner, Rafał Blechacz, for Deutsche Grammophon.

The London Symphony Orchestra has also performed with several Chopin Competition laureates. Valery Gergiev, Principal Conductor from 2007 to 2015, works regularly with Daniil Trifonov (3rd Prize 2010), and the two performed several times with the LSO during Gergiev’s tenure, including a performance of Chopin’s Second Concerto in 2014. Gergiev was succeeded by Simon Rattle, who had worked with Kristian Zimerman (1st Prize 1975) in his previous position with the Berlin Philharmonic. Up until then, performances by Zimerman in the UK had been very rare, but the Rattle connection has led to several appearances with the LSO, with more planned at the time of writing.

Among recital venues, London’s Wigmore Hall is considered the most prestigious in the UK. Its roster includes several Chopin Competition laureates. In 1998, Soviet-born pianist Bella Davidovich (Joint Winner 1949) made a belated debut at the Wigmore Hall, one of several performances to mark her 70th birthday. Chopin had remained central to her repertoire through the intervening years, and the Wigmore recital concluded with the Grande Polonaise brillante. More recently, the Wigmore Hall has hosted several performances by Rafał Blechacz, with Chopin included in each programme. Reviews of his Wigmore Hall recitals between 2010 and 2019 acknowledge Blechacz’s impressive technique early on, but also trace an increasingly defined musical personality in later appearances. Writing in The Guardian, Andrew Clements described Blechacz’s 2019 performance of the op. 24 Mazurkas as ‘a perfectly conceived study in aching, forlorn pastels’. Yulianna Avdeeva, winner of the 2010 Chopin Competition, has also appeared at the Wigmore Hall. Her 2016 programme included Bach and Prokofiev, but was particularly memorable for her delicate reading of the Chopin op. 7 Mazurkas and the expressive power she brought to the A-flat Polonaise.

Avdeeva’s first UK appearance was at the Queen Elizabeth Hall at London’s Southbank Centre in 2010. This was part of the year-long celebrations to mark the 200th anniversary of Chopin’s birth. For the occasion, the Southbank Centre organised performances by several Chopin Competition laureates, including Yundi Li, who performed at the Royal Festival Hall. And to mark the birthday itself, another recital by a Chopin Competition laureate. But this raised a problem—the date of Chopin’s birth is disputed, but we know it was either 22 February or 1 March. The solution? Two recitals, one on each of the days, the first by Kristian Zimerman, the second by Festival Hall regular Maurizio Pollini.

This content is protected by copyright. Any further distribution without the authors permission is forbidden. 05/01/2022