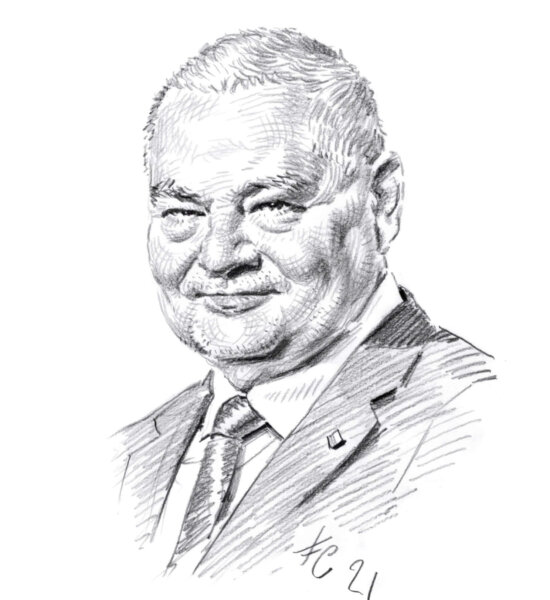 .The ancient Romans used to say si vis pacem, para bellum, in other words “If you want peace, prepare for war”. However, this Latin adage conveys not only the basic doctrine of the art of war, but also the principle that guides Narodowy Bank Polski when taking its anti-crisis measures. Because we never know exactly when and in what form another crisis will materialize, therefore, we – at Narodowy Bank Polski – are constantly bracing ourselves for another economic battle, safeguarding a solid foundation for the economy and a strong financial position of the central bank.

In the past 15 years, we have experienced two very serious global crises: the financial crisis of 2007-2012 and the COVID-19 pandemic-related crisis and have recently been faced with the dramatic socio-economic consequences of the geopolitical crisis triggered by Russia’s aggression against Ukraine. Although the nature of each of these crises was entirely different, in each case the central bank was the guardian of macroeconomic stability.

The great financial crisis began in the United States in 2007 as a consequence of the excessive loosening of lending policy and the shift of real estate sector funding to unregulated or too loosely regulated entities, as a result of which the quality of loans declined very significantly as the scale of financing and leverage slipped out of control. When these imbalances ultimately led to the crisis, its outbreak jeopardized the solvency of the banking system, not only in the United States, but, basically, all over the increasingly financially integrated world.

Poland made it through the global financial crisis almost unscathed. In Poland, there was no need to bail out banks with taxpayers’ money, as was the case in Ireland and in Spain. Poland also did not have problems with FX mortgage loans on the scale experienced by Hungary. Unlike Iceland, payouts from the deposit guarantee fund were not suspended in Poland. Unlike citizens in Cyprus, Poles had no problems withdrawing cash from bank accounts. Finally, Poland did not have to cope with foreign capital flight, as Slovenia did. Therefore, it can be said that we succeeded, with the so-called Confidence Pact playing a considerable part in the success. Under the Pact, NBP provided liquidity to commercial banks in zloty and – via FX swaps – also in foreign currency, which was needed to hedge open balance-sheet positions related to foreign currency-denominated loans. The Confidence Pact served to restore the effective functioning of the interbank market, which in turn supported financial stability and maintained the flow of money and credit, the bloodstream of the Polish economy.

Nearly a decade after those events, we had to face another global crisis, this time caused by the COVID-19 pandemic. In order to prevent entire sectors of the economy from imploding, central banks and governments all over the world had to act swiftly and firmly, although the avenues of action were not the same everywhere. Poland was able to respond swiftly and on a large scale because thanks to a responsible fiscal policy there was much room for increasing public expenditure, and the fiscal policy response was supported by NBP’s swift and large measures. Of crucial importance were a fast and firm decrease in the NBP interest rates and the implementation of an asset purchase programme under the so-called structural open market operations. Thanks to these measures, it was possible to preserve bond market liquidity and strengthen the transmission of the decrease in NBP interest rates on the economy. This in turn helped save many businesses from bankruptcy and also save jobs, thus reducing the magnitude of the fall in GDP.

However, we owe the relatively mild impact of the pandemic on the Polish economy not only to accurate and firm economic policy action, but also to the capacity of Polish businesses to adapt rapidly to the changing economic conditions. Indeed, many Polish companies seized the opportunity generated by the pandemic to boost sales abroad. For instance, Polish producers of household appliances can be counted among them. Production of white goods in 2020 was at a record level, and Poland became the world’s 4th largest exporting country of these goods. Polish producers also benefitted from the growing role of e-mobility, becoming the EU’s largest exporter of electric vehicle batteries. In 2020, almost every second electric bus purchased in the European Union was made in Poland. Such examples can be multiplied. They make us aware that Poland has joined the elite club of economies which have both survived the pandemic in a relatively good condition and taken the opportunity to increase their potential in a creative manner.

One of the central bank’s areas of activity where this ascent is seen best is the management of official reserves. Their value has already exceeded EUR 140 billion, which means that it has more than doubled over the last decade. This is very important because official reserve assets guarantee the creditworthiness of the Polish state, including, indirectly, of the private sector. Despite unfavourable conditions and very low interest rates globally, Poland has managed to post very good investment results. In 2016-2020, NBP earned a profit, of which it contributed to the state budget more than PLN 32 billion in total. One of the pillars of NBP’s investment strategy is to successively increase the country’s gold holdings. Regarded as a safe haven asset, gold can be effectively used to diversify risk related to the other investments. In 2018-2019, NBP bought 125 tons of gold, thus increasing its holdings to almost 230 tons, which corresponds to approximately 8 per cent of the country’s official reserve assets.

Macroeconomic stability and a large portfolio of reserves have proven priceless, as barely two years after the outbreak of the pandemic we had to face yet another crisis – this time a geopolitical one. On 24 February 2022, Russia invaded Ukraine, causing a humanitarian and political-economic catastrophe whose full scale is yet to be known. The mass exodus of civilians, supply chain disruptions, the energy and food crunch as well as heightened volatility in financial markets and a surge in risk aversion are just a few phenomena we will have to face.

During the first days of the war, a lot of Poles who were watching developments close to Poland’s eastern border shared concerns about the uncertainty of tomorrow, a sentiment that was later reflected in a strong and abrupt rise in demand for cash. Fortunately, the central bank was well prepared for such a contingency thanks to the adopted National Strategy for Cash Circulation Security. In consequence, NBP held sufficient holdings, which allowed it to fully meet customers’ demand for cash. All banks’ orders were processed without value limits, in the full denomination structure and throughout the country, which helped contain the panic quickly.

The policy of successively accumulating reserve assets allowed NBP to hold – at the onset of the crisis – an adequate level of the reserves and a proper set of tools to counteract the negative trends in the financial and FX markets. Specifically, NBP was ready to respond at any time to excessive zloty exchange rate fluctuations which could disrupt the smooth functioning of the financial market or FX market, or adversely impact financial stability or the efficiency of NBP’s monetary policy.

NBP’s ample reserves also allowed it to provide the National Bank of Ukraine with a USD/UAH currency swap line in the amount of up to USD 1 billion. Availability of these funds will reduce the risk of a further political and economic destabilization of Ukraine, averting a potential threat to Poland’s financial stability.

In addition to its economic dimension, the crisis also has a dramatic humanitarian aspect. One of its manifestations is the millions of people fleeing Russian bombs. Many members of the brave Ukrainian nation have found shelter in Poland. These people have often crossed the Polish border with cash in hryvnia, which could not easily be exchanged for zloty due to the disrupted cross-border flow of money in the areas ravaged by war. However, from Day 1 of the war we at NBP have worked with our friends from the National Bank of Ukraine to solve the problem. It was important for us that the heroic defenders of Ukraine know that we care for their families. Our joint efforts have resulted in an agreement signed by the two central banks under which all adult citizens of Ukraine can exchange the Ukrainian currency (up to 10,000 hryvnia) for Polish zloty.

.Helping Ukraine is first of all a moral obligation, but also a commitment that we would not be able to meet were it not for the solid foundation of Poland’s economy and the strong financial position of the central bank, for which we have worked diligently over the past years. This hard work and prudence have made it possible for us to bear the costs related to the warfare on the other side of our eastern border. Poland is a strong state and NBP is a strong central bank. We want peace, therefore – as the ancient Romans used to teach – we are constantly preparing for war.

The text is simultaneously published in the Polish monthly “Wszystko Co Najważniejsze” [LINK] as part of a project carried out with the Poland’s central bank (Narodowy Bank Polski) and the Institute of National Remembrance.

This content is protected by copyright. Any further distribution without the authors permission is forbidden. 29/04/2022
central bank economy Poland Ukraine 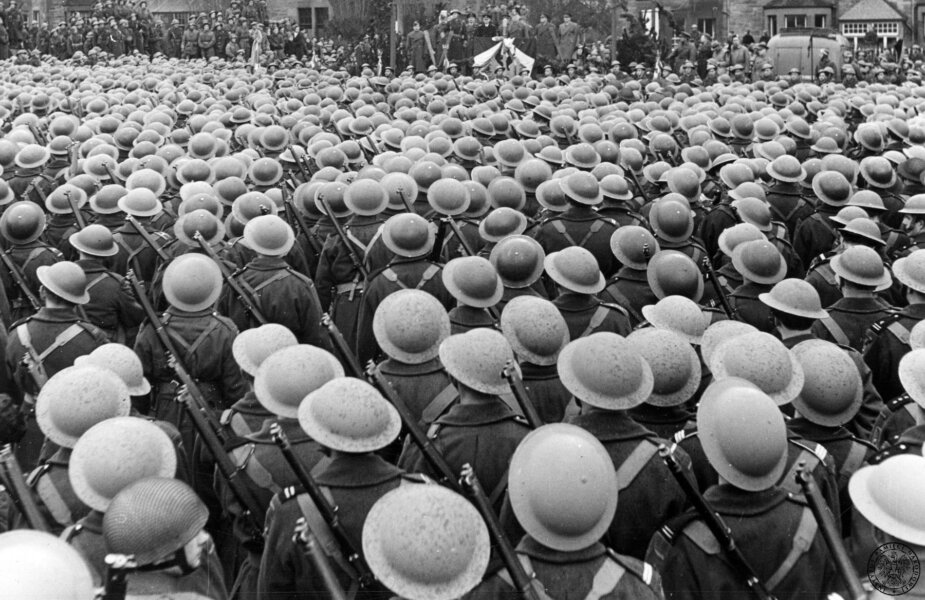 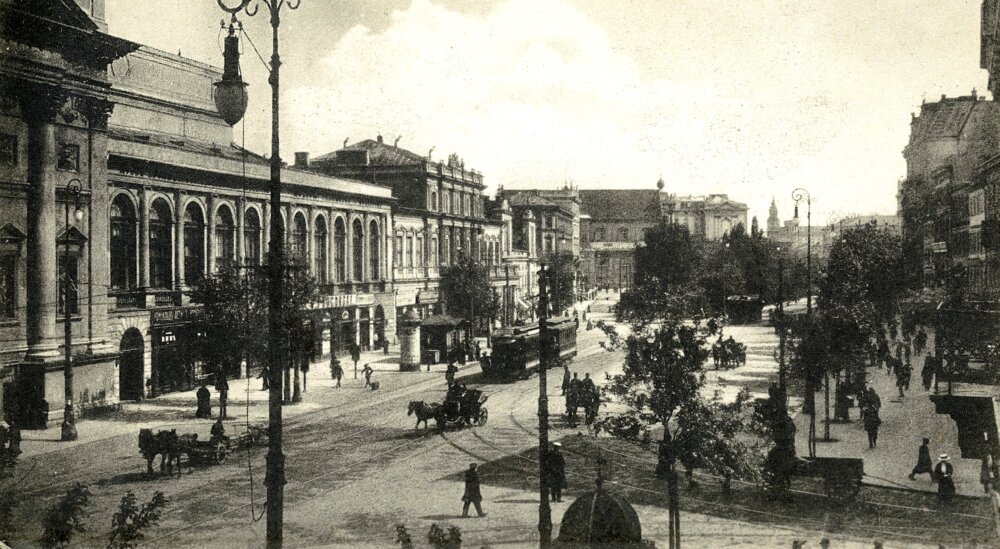