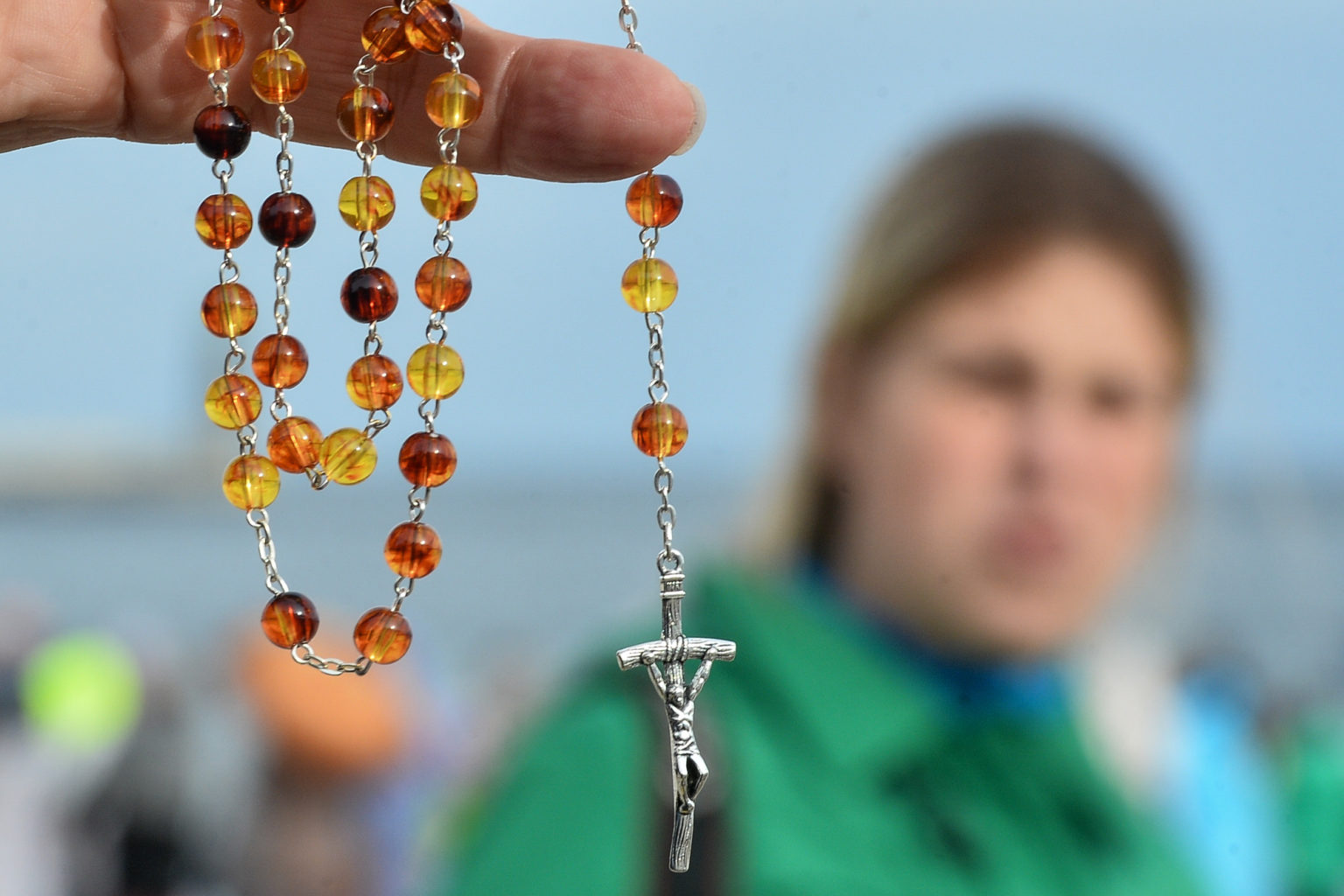 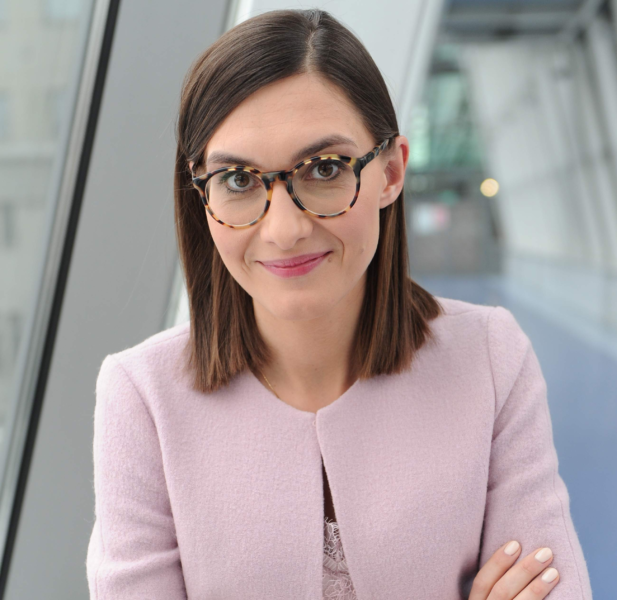 It is not anyday that you can read about the rosary in the New York Times. In fact, it may have never happened before. Yet, it happened last weekend. Poles gathered at their borders to pray for peace, which interested international media. Those who think (as the BBC) that the gathering was „controversial“ not only made the prayer political, but also fail to understand the Polish soul.

To begin, let’s say what happened.

A group of lay people in the Polish Church – Soli Deo Basta – decided that praying a rosary on the 100 anniversary of Fatima, as well as 300 year anniversary of the coronation of their beloved Black Madonna of Czestochowa, would be a good thing. They thought, ‘let’s make it big. Let’s bring people to our borders at the Feast of Our Lady of the Rosary, Oct 7th.’ The Polish Bishops Conference welcomed the idea with enthusiasm, encouraging parishes all over Poland to organize buses to take the parishioners to Polish borders. “’Rosary to the borders’ is an initiative started by the ​lay people. Obviously Polish Bishops’ Conference welcomed this initiative, because the aim of it was the prayer of the rosary. This was the largest prayer event in Europe after the 2016 World Youth Day”, said fr Paweł Rytel-Adrianik, spokesman of the Polish BC. The latter’s liturgical commission officially approved the program for the weekend.

The effect? Probably a million people gathered at Polish borders to pray last Saturday, 60 thousand, for instance, at the beaches of the northern diocese, Gdansk. 330 churches close the border welcomed participants flocking from the middle of the country.

There were four main official prayer intentions: prayer for peace, for families and youth, for conversion of the world. It was also intended to be a thanksgiving prayer for the 100 anniversary of Fatima.

So, then, why was the prayer considered controversial by BBC? Well, the organizers of the weekend wrote on the website that the event would take place on Oct 7, the Feast of Our Lady of the Rosary. That date also marks the date of the Battle of Lepanto, famously remembered for when the Christian forces defended Europe from the Ottoman Empire. Immediately, far – right wing media in Poland and, soon following, left-wing picked up the story in that way: Poland gathers at its borders praying to stop the influx of Islam into Europe (right wing with a “positive” claim, left wing with a “xenophobic” claim). Aware of the country’s refugee stance, Western media took an even further step: Poland gathers at its borders praying to save Europe from the influx of immigration.

“Rosary to The Borders” organizer, Maciej Bodasiński, told me that the initiative had no political implications whatsoever. “We prayed for faith, and not against anyone, this event should be seen only in the eyes of religion and faith, not politics. Anyone who wants to make the rosary political is harming the initiative“. Why praying rosary at the border? „So that the walls of hatred and hostility may be destroyed. The prayer is never “agaist” anybody, but “for”. In this case, for peace”, says PBC spokesman. Fr Paweł Rytel-Adrianik tweeted when the prayer was over: “The best initiatives will be criticized (…) yet it’s good we’ve been together“. Afterall, it was Mary in Fatima who asked us to pray the rosary, and specifically to pray for peace. Are there really implications of intolerance and hate in her message?

Religion is obviously not removed from politics in Polish history

In fact, it had a close knit relationship for centuries – from the very beginning of the country’s history. Poles chose Christianity in 966. 1050 years later, they’re still that way. Over 90% of the country openly declares itself to be catholic. It is the last country in Europe where churches are completely full on Sundays (if you saw the line in front of the Franciscan basilica in Krakow before Easter and someone told you ‘people have been there for 3 hours just to confess,’ you wouldn’t believe it). John Paul II canonized the Queen of Poland Jadwiga. Past kings of Poland celebrated their war victories either in the Wawel Cathedral or Jasna Gora – sanctuary of the Black Madonna. In fact, it was one of the Polish kings who actually coronated the Madonna of Czestochowa as the country’s queen 300 years ago. Conversely, it was the Church that was the core institution supporting the Polish resistance during World War II. For 50 years, the Church fought for Polish liberty and human rights under the communist rule in Poland. Until 1989, anyone could loose your job in the blink of an eye for going to church. There were no  passports giving you accessibility to go  to church. In fact, you could be killed by the secret service for being a priest, like blessed Jerzy Popieluszko, the legendary preacher of Solidarnosc movement. His body was later found in the river with signs of severe torture.

Finally, it was a Polish Pope, St Pope John Paul II, who had a leading role in liberating Poland and the European continent from communism. Without him, and the faith of Poles, this could not have happened. That is not only due to prayer but also the Pope’s support  to Solidarność only to mention his multiple summits with Ronald Reagan. They were not talking about the rosary. They were talking about freedom from the Soviet Union, and the immense evil it was spreading.

Even today, the Polish Church promotes ideas not necessarily popular in the Polish government. Right after the Rosary prayer, Poles finished a week of prayers for Refugees, with Archbishop Stanislaw Gadecki, Head of the PBC, who says : all people in the world are our brothers and sisters. It was the PBC that supported the idea of human corridors, yet the government never picked it up. It is the Polish church that takes care of the Syrian Families through Polish Caritas and “Family to Family“ initiative supported by the Holy Father himslef. Not to mention Aid to the Church in Need, which Middle East unit is run by the Polish priest, fr. Andrzej Halemba, enormously active in Iraq and Syria, helping persecuted Christians and refugees in the region (by the way, the Polish government supported CAN Poland with funds to rebuild the hospital in Aleppo, which was a gesture of mercy, yet the only one so far towards people of the region fleeing horrors of war).

Religion means freedom and Catholicism is a part of the Polish soul. Anyone who doesn’t get it doesn’t know the basic facts of Polish history.

.Therefore, it should not be a surprise that it was the Poles, not Portuguese, French or German Catholics, who organized the rosary campaign. Scenes of the people whispering the Hail Mary at one of the most magical sites in the Polish landscape, like the eastern mountains, Bieszczady, were really special. Were there swords in their pockets? No, but the little bead weapon that they had in their hand was pretty powerful. And, media all over the world “concerned“ about its “controversy“ only solidifies that statement.

This content is protected by copyright. Any further distribution without the authors permission is forbidden. 15/10/2017
Fot: Lukasz Dejnarowicz / FORUM
kościół Polska Różaniec 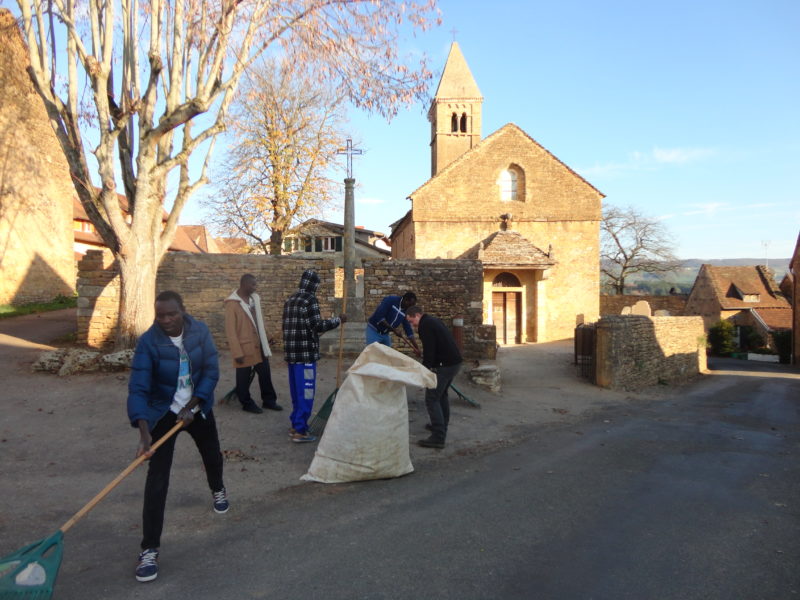 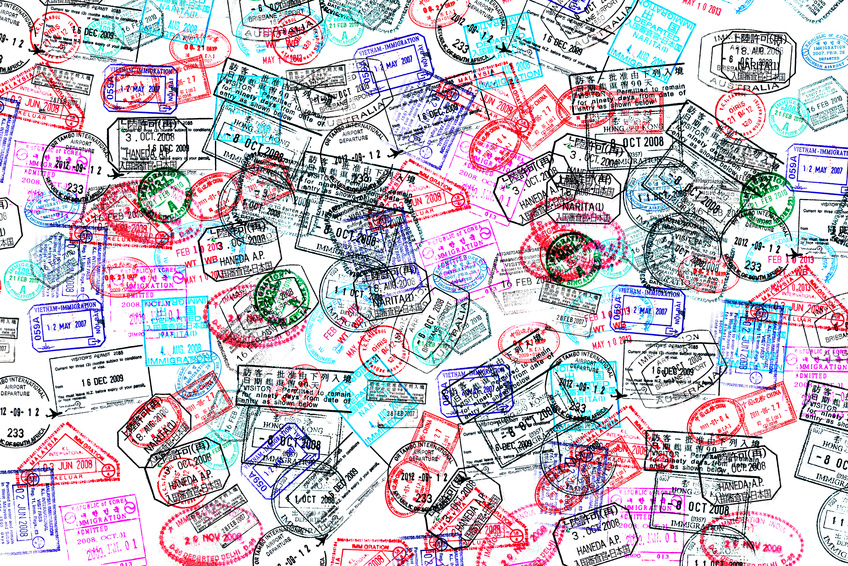 Migrants. And what next? The European Union is today an accomplice in human trafficking 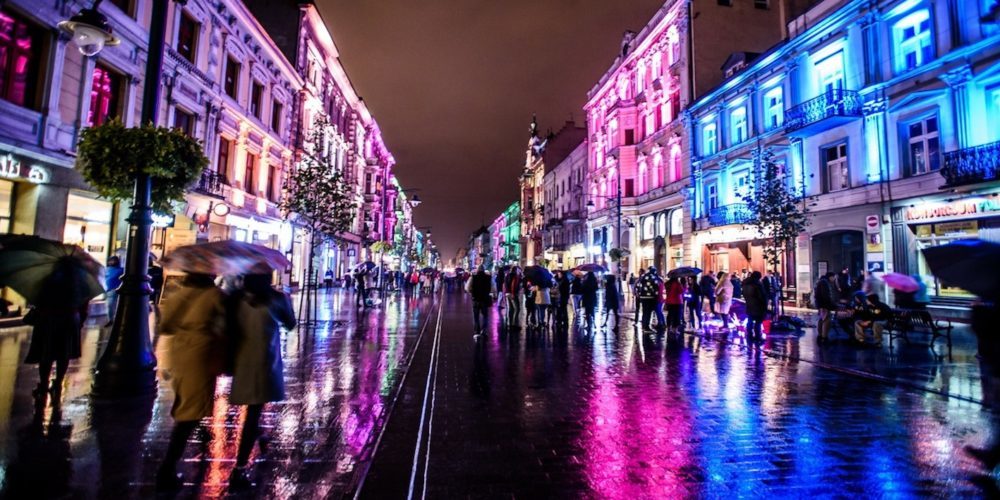