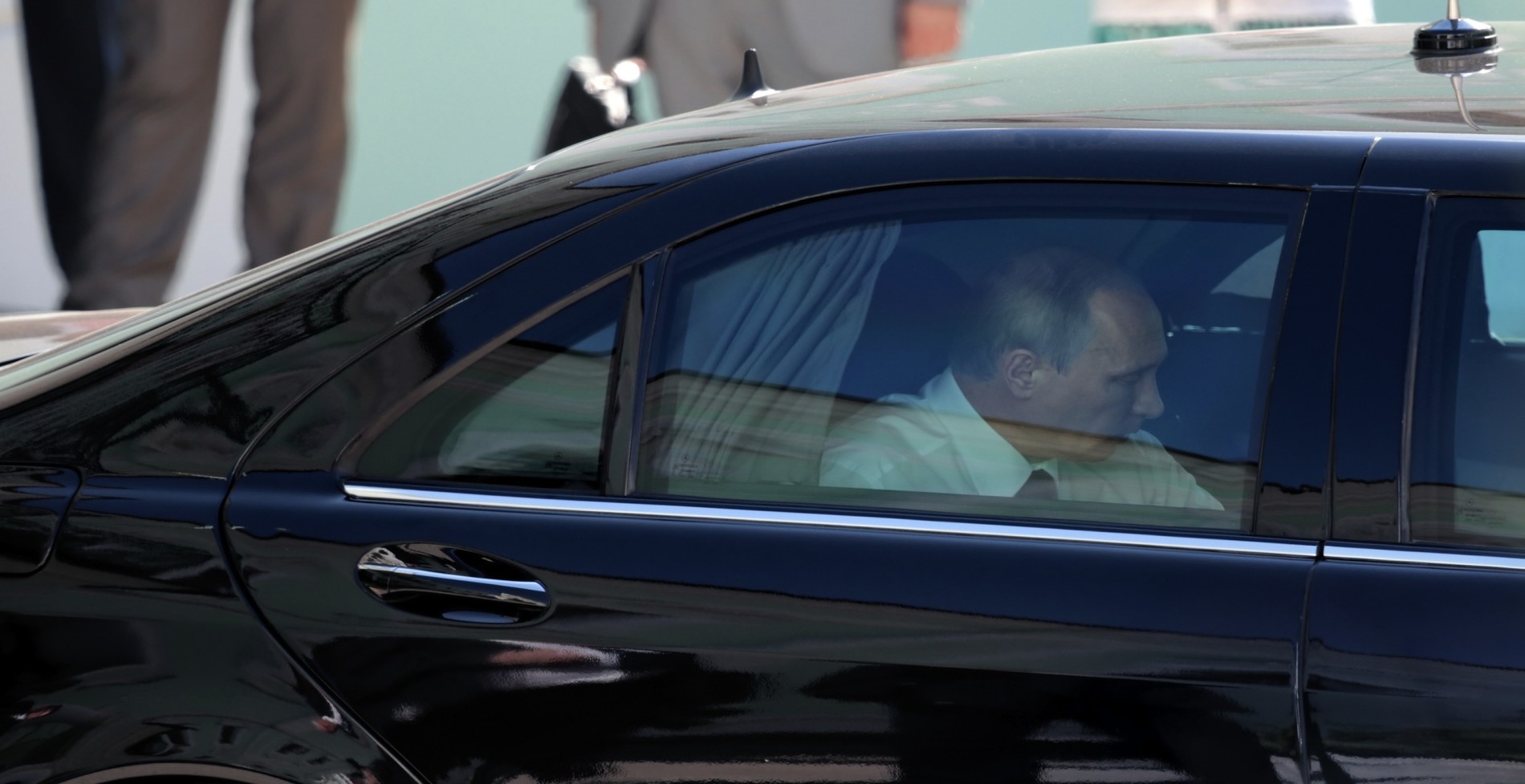 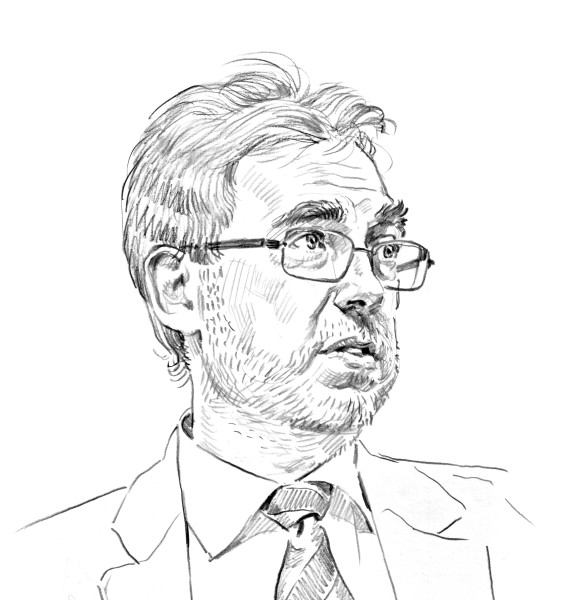 Associate Professor of the Police Academy in Szczytno. Information management expert in the Centre for Research on Terrorism. Founding member of the Collegium Civitas Institute of Information Studies.

.Implementing policies without strategies is a straight path to failure or, with a little bit more luck, just to wasting time and resources. Politics lacking some strategy is purely intuitive, merely a set of responses to actions taken by other players.

This is particularly important in global politics, since it is on such a scale – or at least regional – that we must cope collectively with threats for the security of states and nations. The philosopher Nicolo Machiavelli – recalled by professor Marcin Król in his latest book Wielcy władcy – claimed that what is crucial for politics is its aims.

There is no politics without goals set, ideals formulated, own strategic interests defined. What we are left with is merely separated, divergent or completely contradictory policies. This must always be evaluated negatively, whereas its outcome tends to be catastrophic. As Marshall Piłsudski is known to have said sharply: ”you’re more fit to walk the chickens out for a piss than to do politics!” When there is some war on the horizon, the good times are over.

Carl von Clausewitz issued a warning about a war with no determined political goals in sight. He was right: history, also most recently, is full of examples of such wars.

.What is strategy? Let us not get into the most formal definition, explaining the term as simply as possible instead. Strategy is finding answers to four short questions. Importantly, whereas the strategic questions are simple (yet it takes some courage to ask them in public), the answers may prove to be extraordinarily complex and controversial.

The first question regards strategic interests and goals. What are they, what is it that will satisfy us best, what do we aim at?

The second question deals with the surroundings in the context of security, with the conditions we have at our disposal to secure our interests and reach the goals. In other words, this is a question about opportunities, challenges, threats and risks.

The third strategic element is a question considering ways of realizing the strategic interests and attaining the goals (possibly including partial goals). How will we act? What are we able and unable to do?

Last but not least, it is necessary to ask about resources that we need to provide in order to achieve what has been mentioned in the first question. What is available and what part of that can we make use of?

Obviously, all four ingredients must be correlated. Strategic goals should not be set in a way that would make them unobtainable with given resources. This, however, cannot be a strict limitation, since strategic actions must be directed at gaining necessary resources or abilities. The second point may pose difficulties as well, especially these days, when changes are happening rapidly. What are the intentions of the other parties, how dangerous can they be, what challenges will we face? It is vital that we recognize the intentions, weaknesses and strengths of our possible adversaries and partners. We need to prepare several different scenarios and – already in the making of the strategy – to monitor events, which will enable us to choose the most suitable one. Flexibility? Of course. Let us remember, though, that the most effective improvisations are those that have been carefully planned.

Some strategies are very complex, which seems natural considering the complexity of the processes of their creation. It may require co-ordinating them with the strategies of others. Nowadays we hardly ever assume a strategic independence or even autarchy.

.Looking from the Polish perspective we must consider our NATO and EU memberships, which also means considering the interests of our partners and making them return the consideration.

We therefore should ask ourselves and answer a few more questions. What EU strategy would we welcome? How could we convince other members to adapt it? How far can we go? What can be lost and what can be gained? What tactics would prove to be most profitable? There are other detailed and/or technical issues that should be addressed, too.

Let me mention here the strategic questions that Kissinger proposed in his new book World Order:

Creating strategies for NATO or EU is a very complicated thing. The very composition of the EU, for instance, is seriously challenging: 28 member states, each representing different political and economic interests, strategic cultures.

.On the most general level all seems obvious. It becomes less so, the closer we look at the aims. How to reconcile the interests of e.g. Romania and Germany? Bulgaria’s and Great Britain’s? Latvia’s and Spain’s? In the world of networks arise even more problems. Businessmen have their own preferences, politicians dependent on the voters have theirs, too. Furthermore, there are various lobbies and agencies. Numerous left- and right-wing populists have their say as well. Nevertheless, the strategy must be coherent and internalized, otherwise it will only remain printed on paper, with zero practical value.

It is worth referring the aforementioned to Russia and ask questions strategic for the West. It is clearly in our interest that Russia becomes a democratic, internationally predictable and economically viable state. Is this our goal to make it happen? Why is it not for e.g. Saudi Arabia, the West’s closest ally in the Near East? Could it possibly be more realistic to expect Russia to increase her overall predictability, stop being aggressive and generating threats? Let us leave human rights, democracy and running of the state for her to shape as she sees fit.

In what security environment will we be bound to act? We need to come back to calling things their real names. The Russia breaking international laws, threatening her neighbours, sabre-rattling and testing patience of the West is dangerous.

Another question: where is the red line? How many times more shall the Russian military planes have to violate NATO’s airspace to finally cause some reaction and what kind of reaction should that be? How many more special agents shall be captured on NATO territory? What scenarios shall we make and what may we expect? What price shall we have to pay for our insensitivity to Russian provocations and what consequences will we bear if we react to them? And how should we react? How far may Putin attempt to go? Why does he act like that, what are his reasons to do so?

What means should be used in order to reach the strategic goals? Would it be sensible to maintain the economic sanctions? To keep supporting the economy of Ukraine or to start selling her weapons? Openly or confidentially, sending there squadrons of NATO’s ”green men”? To isolate Putin completely, worldwide?

What is a possible reaction to the Ukrainian scenario being implemented in e.g. Latvia or Estonia? How can Putin be forced to change his policies?

Those and a lot of other questions remain unanswered. It is the right time for us to return to the basics of strategic thinking which requires rejection of its wishful equivalent, stereotypes, bias and the infamous political correctness.

Let us recall a few rules that we have sadly forgotten in the euphoria of European peace. Now we need to realize what has been happening, why, with what likely outcome and available means of prevention. I wonder which prominent politician today would claim that ”at bottom of Kremlin’s neurotic view of world affairs is traditional and instinctive Russian sense of insecurity. […] As Russia came into contact with economically advanced west, [Russians felt] fear of more competent, more powerful, more highly organized societies in that area. […] For Russian rulers have invariably sensed that their rule was relatively archaic in form, fragile and artificial in its psychological foundation, unable to stand comparison or contact with political systems of western countries. For this reason they have always feared foreign penetration, feared direct contact between western world and their own, feared what would happen if Russians learned truth about world without or if foreigners learned about world within. And they have learned to seek security only in patient but deadly struggle for total destruction of rival power, never in compacts and compromises with it.”

Could these words describe Russia in its most recent incarnation? Almost 70 years old, they are taken from the well-known ”Long Telegram” sent by George Kennan from Moscow, dated 22nd Feb. 1946. And is not the remark made by Churchill in his famous speech at Westminster College in Fulton still valid? ”From what I have seen of our Russian friends and allies during the war, I am convinced that there is nothing they admire so much as strength, and there is nothing for which they have less respect than for weakness, especially military weakness.” Which of today’s leaders of the West would dare to publicly utter such an opinion?

The Cold War 2.0. is a fact, no matter if we want to acknowledge it or not. The problem is the West entered the war without a strategy, with no goals.

NATO’s military power is not enough. It is not the number of tanks that makes one powerful, but the opponent’s conviction that they can be used if need be. Undoubtedly, the military power of NATO is a good deterrent against every country, including Russia, that could be willing to start an aggressive war. The likelihood of an outbreak of such a war is small. However, the West turned out to be completely unprepared and helpless as far as Russia’s invasion of Ukraine, triggering a conflict called by specialists a hybrid war, which has little to do with classic military operations that the NATO commanders are prepared for.

Time has come for strategic thinking and debating. If the West does not draw proper conclusions, will it have any politician who to the news from Moscow that ”it’s peace and quiet in Ukraine” will respond similarly to Churchill’s bitter recapitulation of the Munich Agreement of 1938: ”peace with dishonour, politics without respect”?

Although I do not intend to draw historical parallels, let me remind the words spoken by Churchill in the House of Commons on 5th Oct. 1938 as a great accusation of the politics of appeasement: ”All is over. Silent, mournful, abandoned, broken, Czechoslovakia recedes into the darkness. She has suffered in every respect by her association with the Western democracies and with the League of Nations, of which she has always been an obedient servant. […] It is the most grievous consequence of what we have done and of what we have left undone in the last five years – five years of futile good intentions, five years of eager search for the line of least resistance, five years of uninterrupted retreat of British power, five years of neglect of our air defences.”

I want to deeply believe that the aforementioned excerpts will not become up-to-date in a few years’ time in regard to Ukraine. To prevent it from happening it is necessary to bring back strategic thinking instead of continued haphazard reactions to the course of events.

This content is protected by copyright. Any further distribution without the authors permission is forbidden. 12/10/2014
in english