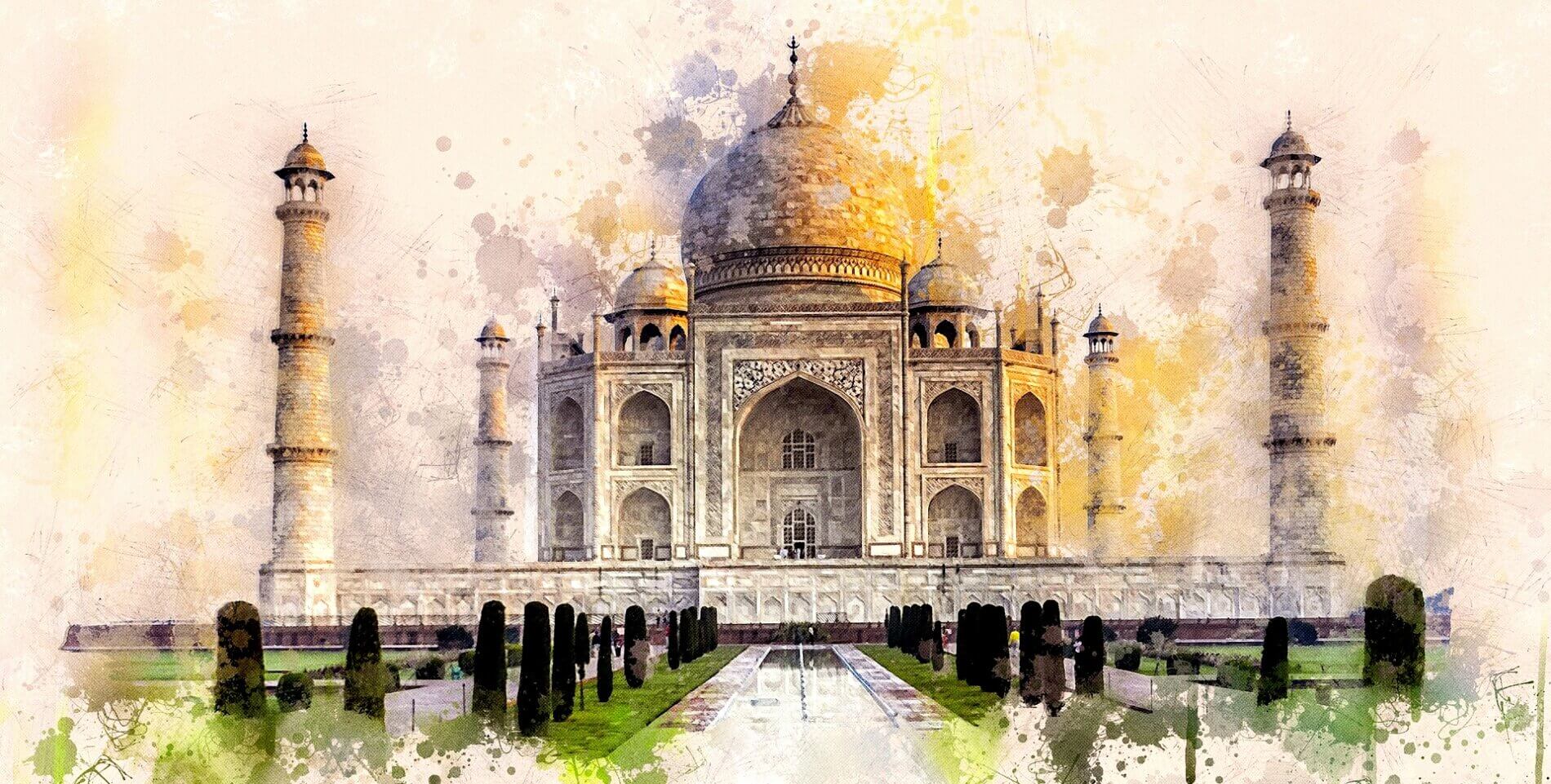 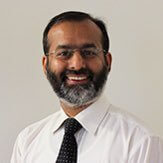 .A transition state and corridor between Eastern – and Western Europe, Poland has come to occupy an important position within the European Union (EU). Widely regarded as a model of post-authoritarian democracy, Warsaw has come to be a geopolitically critical state for the West, particularly the United States (US), vis-a-vis Russia. Yet, as Warsaw seeks to diversify its security and economic ties, it must increasingly consider enhancing its engagement with key non-Western powers. India can emerge as a crucial partner in this regard in Poland’s emerging Asia-connect plan. As the geopolitical balance changes and Poland is faced with a stronger Russia-China alignment on its border, how can a New Delhi-Warsaw partnership evolve and what can it mean for a greater India-EU integration?

Poland’s undersecretary of state for Asia Marcin Przydacz recently expressed hope that India will begin to view Poland as its “gateway” to Central Europe. Poland has already shown an active interest in increasing two-way partnership in the post-pandemic economic landscape with India, citing Delhi as a primary location in Asia for Polish investors. It is not only negotiating a travel bubble agreement with India but also pitching Warsaw as a destination for Prime Minister Narendra Modi’s upcoming trip to Europe. As an Indian prime minister’s last visit to Poland was in 1979, while a Polish President and a Polish Prime Minister’s last trips to India were in 1998 and 2010 respectively, Modi’s visit would be historic in elevating bilateral ties between both nations at the top level.

The two countries have maintained Foreign Office Consultations regularly since 1996 — undertaken virtually in 2020 due to COVID-19 to not break their 1996 Agreement on Protocol on Foreign Office Consultations — reiterating their shared commitment to mutual respect, freedom and democracy. This latest consultation saw a crucial discussion on EU-India ties — especially in the context of the EU-India July 2020 summit which saw the adoption of the “EU-India Strategic Partnership: A Roadmap to 2025” — and cooperation in multilateral frameworks.

India-Poland ties grew after the 1980s, with Central and Eastern Europe (CEE) states viewing New Delhi as a vital political partner. Such integration furthered over years with a seven-fold rise in bilateral trade in the past decade.

Overall bilateral trade in 2019 was US$2.36 billion, making Poland India’s largest trade partner and export destination among CEE nations. Trade between India and Poland is expected to double in the next few years. Indian investments in Poland are valued at US$3 billion while Poland has invested US$672 million in India.

Such investments have opened markets to large-scale industrial names in both countries ranging across a wide spectrum of sectors. For instance, shaping the growth of the Warsaw-Delhi bilateral ties, Poland’s Solaris (green transport), BBT (defense), Ekolog (green technology), among others, have invested in India and similarly, Indian companies like Ranbaxy (pharmaceuticals), Tata Consultancy Services (TCS) and Videocon (electronics) have made widescale investments in Poland. Furthermore, the two nations share agreements furthering cooperation across a plethora of sectors: Agreement on Cultural Cooperation (1957), MOU on Defence Cooperation (2003) which was extended indefinitely in 2011 and covers military personnel training and arms modernization, Agreement on Cooperation in the field of Tourism (2009) and an Agreement on Economic Cooperation (2006).

India-Poland cooperation, within the fabric of multilateral institutions like the World Trade Organization (WTO), forms a key driving force behind Poland’s outreach to India. As India attempts to attain more economic independence from China post-pandemic, Poland can be a critical partner within the EU. Warsaw too supports taking a “more assertive approach” towards China on trade. In other words, both India and Poland are staunch supporters of creating a level playing field in the trade and investment domain by ensuring that Chinese state-owned enterprises are fully compliant with international norms. Here, India and Poland could potentially collaborate to push forth a reformed WTO — something India has consistently lobbied for — within their broader multilateral trade liberalization policies. Emerging economic powers like India have increasing sway over reform discussions, and can thus be a key partner for Warsaw; conversely, Poland’s position as an EU member nation makes it an equally vital partner for India. Collaboration in economic multilateral institutions can further form a basis for India-Poland trade ties, as India becomes more open to Polish businesses and investments.

The signing of the long-pending free trade agreement (FTA) between EU-India — known as the Broad-based Trade and Investment Agreement (BTIA) — is pivotal in shaping the next phase of not just the EU’s ties with India, but also that of Poland.

The delay in the same has slowed the growth of India-Poland relations; meanwhile, the recent in principle conclusion of the EU-China Comprehensive Agreement on Investment (CAI), despite increasingly tense ties between the two sides and individual EU states like France and Germany with China, has accelerated Poland’s potential outreach to Beijing.

Bilaterally, China views Poland as an “old” friend with diplomatic relations ranging over seven decades. China’s state-run Global Times has opined that even now, both states have a “solid” foundation for launching joint projects under the Belt and Road Initiative (BRI). Likewise, other media outlets such as China Daily reported that Warsaw was looking to “bolster” ties with China under BRI, being one of the first countries to sign an inter-governmental MOU with Beijing in 2015. For China, Poland is a pivotal CEE nation in BRI, with over 90 percent of China-Europe freight trains passing via the country; bilateral trade between the two countries was US$27.8 billion in 2019 marking an over 13 percent year-on-year increase. China’s direct investment in Poland exceeds US$3 billion; by bordering seven major Central European states including Germany and Russia, Poland is a portal that links EU markets.

Nonetheless, despite economic dependency, the debate in Poland on recalibrating ties with China has seen growing momentum especially post high-profile arrests in 2019. Beijing’s 17+1’ framework, introduced in 2012 and focused on promoting engagement with CEE, has receded to the background amidst slow materialization of its objectives, while national security concerns vis-à-vis espionage and China’s long-term regional goals have increased rapidly. Here, India emerges as a better partner for Poland, both bilaterally and under an India-EU framework, as increasing cooperation in areas like “trade and investment, research and technology, defense, education” emerge as strong focal points.

.Considering the EU’s growing skepticism of China, Poland will be increasingly mindful of its own need to diversify political ties and enhance engagement with Asia and the Indo-Pacific as it maneuvers a new security climate. Chinese financing under the BRI in Eurasia is increasingly perceived as a threat as the EU re-evaluates its China connect in a new economic, political, and security landscape. Any strong EU presence in the Indo-Pacific however must be accompanied by enhanced regional engagement of its member states, and Poland could lead such an effort with its outreach to India. Poland’s trade ties with China and security partnership with the US positions Warsaw in the middle of a great power rival environment, making reaching out to other middle powers ever more critical, and India could emerge as a critical partner to this effect. Poland has been a part of Asia-Europe dialogues like the Asia Europe Meeting (ASEM) since 2004; a stronger middle-power-focused bilateral connect with India can help it cement its presence in Asia and give it a stronger voice moving forward.

This content is protected by copyright. Any further distribution without the authors permission is forbidden. 04/03/2021
Delhi-Warsaw India-EU Poland-India