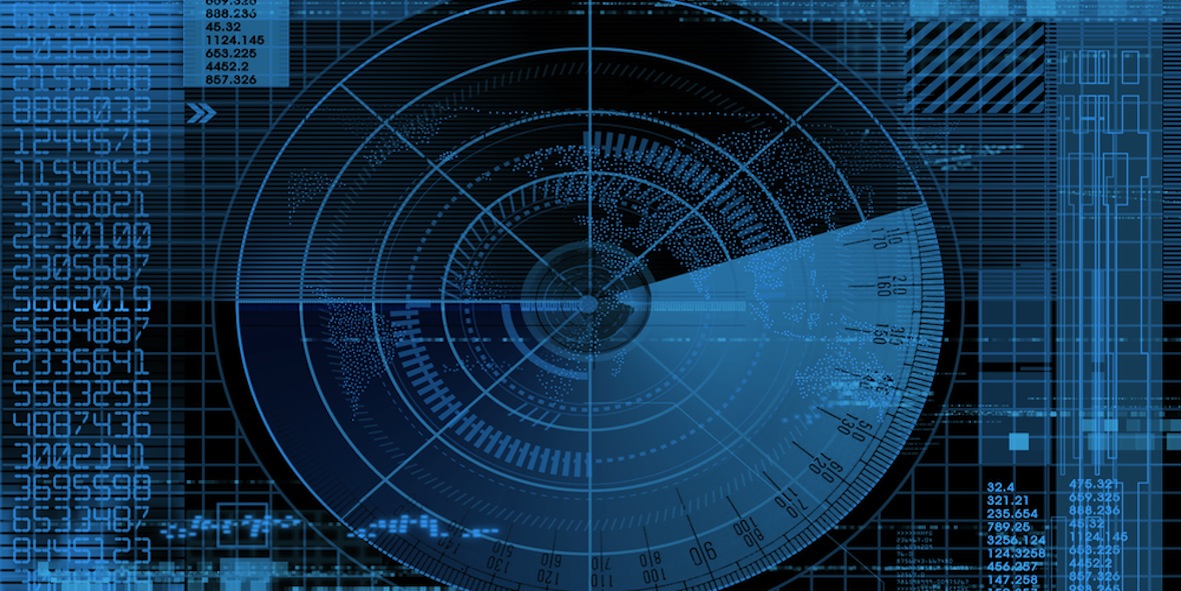 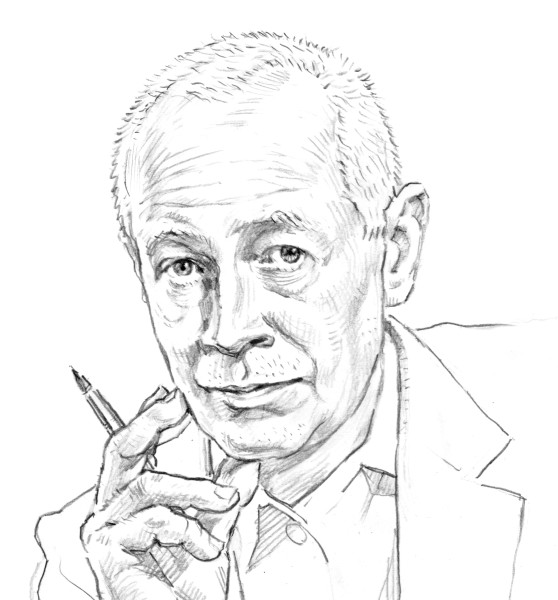 Member of the European Parliament; Former: Minister of Labour and Social Policy, Secretary of State, responsible, among others, for the labour market policy, Head of the Team of Strategic Advisors to the Prime Minister, Minister of Administration and Digitisation.

Putin’s Russia is a problem for the whole world. The title cover of “The Economist” and the texts published in that edition demonstrate that Putin’s policy “leads out” the world in a radically wrong direction: against democracy, freedom, the value of the rule of law, peace, market freedoms.

Russian hostility is not a sign of a resurgence, but of a chronic, debilitating weakness https://t.co/T0UiGAHZTh pic.twitter.com/FnbmGl9pmD

Why would it constitute a threat to the whole world?

.It is because not only Ukraine is threatened after the annexation of Crimea and as a consequence of the war which is being conducted by Putin’s soldiers in Donbass against Ukraine and its independence. Today, the fight for Ukraine’s borders is the fight for the security of Europe’s borders. It is because not only Syrian children from Aleppo have suffered as a result of the Russian decisions and the hostilities. The romantic arguments presented in the “Financial Times” by Valery Gergiev, an otherwise great conductor and simultaneously the defender of Vladimir Putin’s policy, will not be able to erase that. It is Russia that makes it impossible to take a common action towards the war in Syria. It is Russia that teases Turkey, just to send it cordial signals the next moment. It is Russia that more and more intensely and provocatively acts on the situation of the countries of the Eastern Partnership: Azerbaijan, Armenia, Georgia, the entire Caucasus and Moldova. Russia influences people’s mentality through the media and through the Russian language. It wants to have an impact on the election results. The manipulations of Putin’s Russia are as far-reaching as to attempt to influence the results of the presidential elections in the USA. Not to mention the Russian game of weakening the European Union – Brexit, yes, but also the strange policy of Victor Orban and the Czech and Slovak leaders. Recently, Russian companies have been trying even to take over Bulgarian media…

Therefore, the response of the world must be unequivocal and global. I understand the gentleness of diplomatic games, I understand the needs of economic relations. However, in some situations: white is white and black is black. Evil is evil.

The subject was brought up again in a discussion on the sanctions towards Russia, which discussion was resumed by the EU countries during the Brussels summit held on 20-21 October 2016. During the discussion the subject of Syria was added to the list of the topics, which had previously concentrated mainly on Ukraine. “Aleppo should not become another Grozny” – said the Estonian Foreign Minister before the summit.

However, we should review our understanding of the sanctions and new requirements are needed. New options must appear, as it was provided for in the Draft Conclusions of the European Council. If the sanctions policy towards Russia is to be an effective tool – a tool not of something which Putin would call “playing with a partner”, but of “changing the attitude of a partner” (still a partner?), a new strategy is needed.

.During the conference dedicated to Ukraine and Russia, which we recently organized in the European Parliament in an inter-party group (Petras Austrevicius representing the Liberals, Rebecca harms from the Green Group, Ana Gomes representing the Socialists, Charles Tannock from the Group of Conservatives and Reformists and myself – from the Group of Christian Democrats), the subject of sanctions appeared as a key issue.

Some of the participants believed that it had to be strongly connected with requiring from Russia to fulfil the arrangements and commitments of the Minsk agreement. That seemed obvious. Even though, as a result of the summit held in Berlin, in the Normandy format (Germany, France, Russia and Ukraine), it was explicitly concluded that the provisions of the Minsk agreement were unclear. And that it was necessary to prepare a roadmap on how to accomplish peace and stability there.

Therefore, when observing Putin’s Russia and when considering the Ukrainian affairs as among the most important in the entire range of crucial problems, one should look at the sanctions in a new manner, as it was pointed out during the conference by Andrei Ilarionov, a scientist and an analyst, a resident in the USA. The list of Illarionov’s recommendations was discussed and appreciated as a point of departure for a new debate about sanctions towards Putin’s Russia.

.The actions towards Russia must not be dominated by decisions taken ad hoc. They have to be an element of a broader strategy of the Free World towards Putin’s Russia. Only then will it be possible to avoid “gaps” in the sanctions system and the inconsistency in the conducted policy. Every such inconsistency is readily used by Putin. Among major weaknesses there are: the Project Nord Stream 2, the visits of Silvio Berlusconi in Crimea, the tone of the speeches delivered by Nicolas Sarkozy, as well as many other technical actions.

The new strategy towards Russia must be a joint strategy of the European Union and the USA. I hope that after the presidential elections in the USA it will become possible to a greater extent. The new strategy must include the permanent monitoring of what Russia does and the consistent evaluation of the tools and sanctions applied. We should know what the real impact of the sanctions is: social, political and economic. It is essential to conduct a reliable and objective evaluation of the sanctions results, in terms of identifying whether due to the sanctions Russia’s annual GDP has diminished by 1-1.5% or by more than 2.5%. The value of the Russian economy in 2016 is the same as in 2008. Therefore, a slow-down which hinders the development is a real threat. One needs to understand how the sanctions, but also other actions towards Russia, function in various time dimensions: in a short, medium and long perspective.

Not only will such broadening of the time perspective make it possible to see the economic dimensions of the problem – for Russia and for the whole world. It will also make us realize that without truly returning to a different model of the state and to a different model of ruling, as well as without returning to the path of the democratic development, Russia will not change. And it will not change its attitude towards the world.

And this is exactly why the reference point should not be exclusively the Minsk agreement, but also the UN Charter, the Final Act of the Conference on the Security and Cooperation in Europe and the Helsinki documents dedicated to sovereign equality, the integrity of borders, the integrity of the territories of the states, as well as to the respect for human rights and for basic freedoms. By the way, from Ukraine’s point of view it is an important factor, because it would force the establishing of the conditions for the elections in Donbass and in the Eastern Ukraine: not as diplomatic or tender conditions, but those which are genuinely based on transparent and democratic rules.

Actually, from today’s perspective, the Minsk agreement itself requires rewriting, if it is to be clear how to start a journey towards peace and stability and if Russia is truly to feel obligated to meet its declarations. It is the only way to make the war-stricken and threatened territories of Ukraine, the Ukrainian land attacked by Russia, experience a condition in which the basic principle is not all the time Mr. Kalashnikov.

If necessary, within that new strategy the sanctions will have to be maintained. And even extended by including new objectives: connected with the actions of Russia towards Syria.

The sanctions, however, should be made homogeneous and placed in one package: American and European. In one package – when they refer to companies and economic areas, in which domains the ban on export and import would be clear. In one package – with regard to financial affairs and financial institutions (we should consider withholding the functioning of the SWIFT principle in the inter-bank relations and in using payment cards). In one package – with regard to the energy business, in which domain implementing the sanctions policy is by no means easy, due to the needs of Ukraine and of the European countries as regards mainly the supplies of natural gas. However, also in this field the European Energy Union must develop in order to ensure the new type of energy security for Europe. In one package – with regard to expanding personal sanctions, which play a major role and are extremely effective. And the sanctions should regard also international flows of dirty money, obtained through corruption or through the participation in financing the violation of the international law, the examples of which violation are the annexation of Crimea, the unleashing of the war in Ukraine or the attacks in Syria.

.It is crucial to create a new combination of economic sanction tools, as only then will it be possible to manage their efficiency better. And only then could we restrict the aggressive and destructive actions of Russia in various parts of the globe, also in Syria.

The new strategy towards Russia, which – as I will put it idealistically, but also seriously – “serves the future of the entire world”, must be comprehensive, global. And unequivocal – in terms of the objectives and the participation of partners in its execution. It must also provide tools for counteracting the enormous wave of disinformation diffused by Putin’s Russia. We should at last put a stop to billions of dollars sent for hybrid warfare, for the “brainwashing” of Europeans, Americans and other inhabitants of the globe. In a sense, the world has already been through that, especially severely after the second world war, when the Soviet Union under Stalin started a great propaganda war as part of the “cold war”. We would have never freed ourselves from the disinformation and manipulation in those times if it had not been, among others, for “Radio Free Europe”.

That does not mean that we have already entered a phase of a new cold war. Still, such a threat is real. Therefore, if we do not want a war, nor a cold war, then the uniform strategy of the West towards Putin’s Russia is necessary.

I would like to thank Andrei Illarionov for his inspiring speech to the European Parliament.

This content is protected by copyright. Any further distribution without the authors permission is forbidden. 24/10/2016
Fot.Shuttestock
in eglish Michał BONI 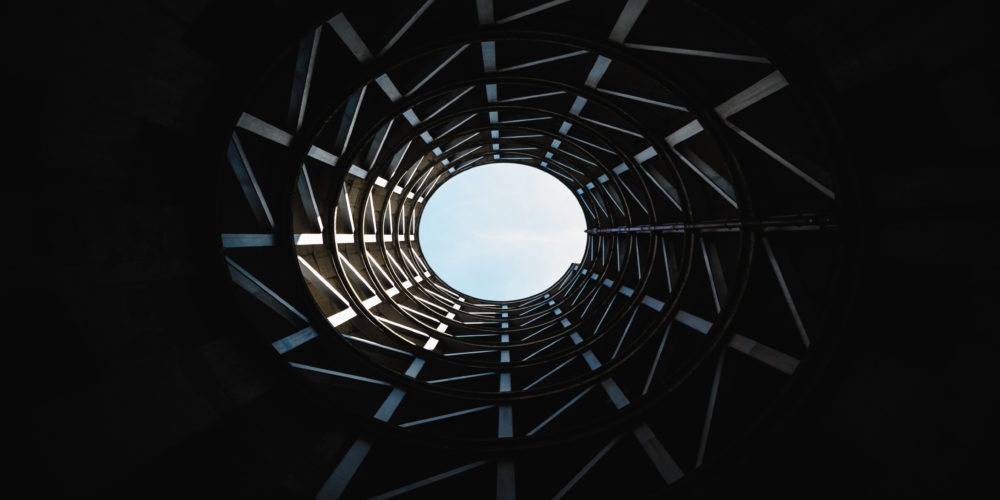 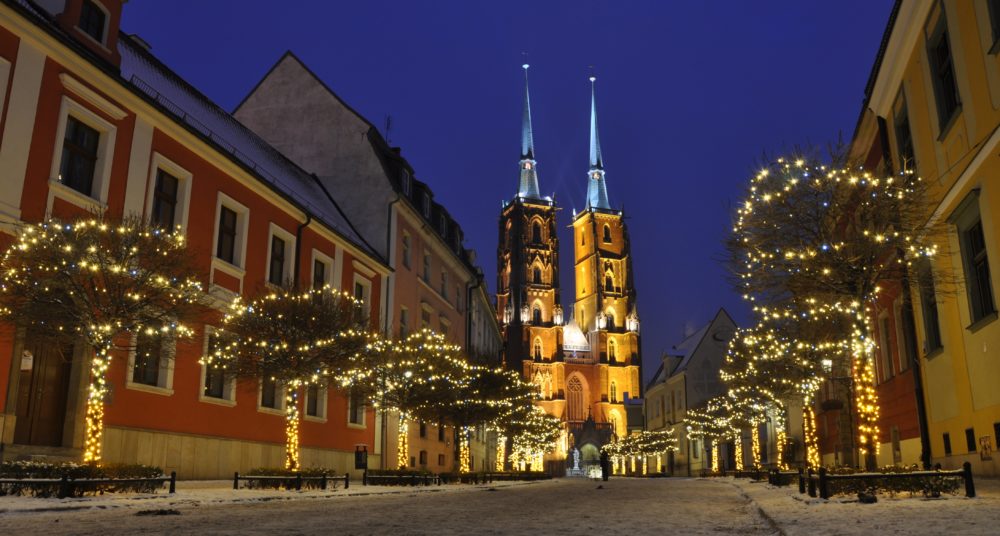