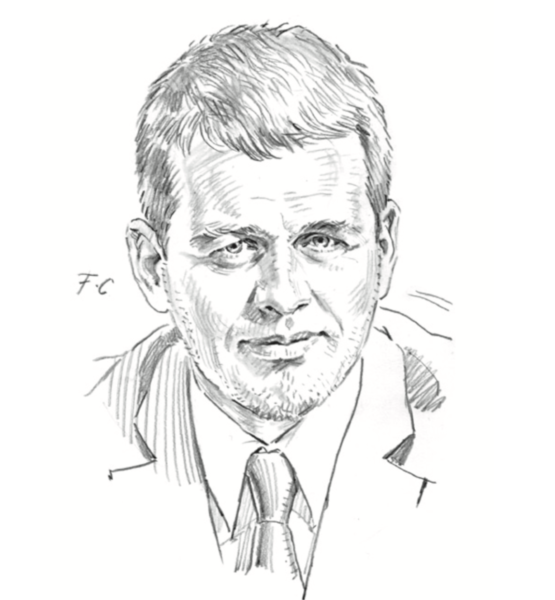 Chief editor of ”Dziennik Zachodni”, earlier for three years in charge of ”Gazeta Wrocławska”, before that reporter specialized in the Church, EU and Silesian regionalism. Graduate of the University of Silesia. Co-author (with Arkadiusz Gola) of an illustrated album ”Men of coal”. Likes being a scholar, too.

.This is going to be a strange polemic, as in fact I almost fully agree with Thomas Baekdal who at Wszystko Co Najważniejsze criticizes the newspaper journalism and gracefully compares the twilight of paper to Blackberry’s downfall. So maybe a polemic as a supplement for the Danish author’s interesting observations rather than controversy, made from a slightly different perspective, which in my opinion gives the paper some hope.

.I like how Baekdal perceives daily newspapers as products for everyday use. He makes brilliant comparisons of The Washington Post to Blackberry or Nokia cellphones, yet my attention has been drawn to the fact that he does not lament on the vanishing uniqueness of daily press journalism, neither does he try to attribute to it any special roles, he just sees it as something produced to cater for needs of people in their ordinary lives, just as the phone that must be interesting enough to be bought and used. Obviously, I treat my job as a mission vital for democracy and statehood, whereas my fellow journalists, myself included, appear to me as righteous knights and guardians of society.

That’s fine, but the truth is influential newspapers with their excellent authors have been ending up in misery because they dream of power and exceptionality. Convinced that we’re as essential for society as political systems, elections, the Lent and the Carnival we’ve let the world leave us behind rotten at our big writing desks. We haven’t noticed it’s someone else now shaping imagination of the public and ways of mass communication have changed for good. We missed the transformation of the mute audience taking our words for granted into the boiling kettle ready to talk, comment, ask and judge.

.According to Baekdal what counts is emotions and personal attitude. He conveyed this in his critique of The Washington Post text: „[The article is] passive, disconnected, distanced, superficial and, above all, delivered in a completely detached way. There is no distinction in this article from any other article, or from any other source. It’s the same as what everyone else are publishing.” It’s easy to imagine the squadron of printed media men eager to hunt down Baekdal for this passage and to get me in case I support him. Journalism, impartiality, objectivism and so on and so forth…

(I sometimes quote the former NYT correspondent Michael Kaufman who had this to say on objectivism as cited in Artur Domosławski’s popular book on Ryszard Kapuściński: „At the beginning of my work as a journalist I heard my workmates say that if a policeman beats an Afroamerican fighting for civil rights, the objective truth lies half way between the two individuals. To me it’s always been pure nonsense.” I don’t take it for granted, but admittedly I like the quote.)

So journalism, impartiality, objectivism… Yes, I know all of these and I think they’re important, maybe even fundamental things. Only for the news, though. Informative newspaper journalism makes almost no sense anymore, because we’re getting straightforward information with no role reserved for the journo. This is what Baekdal referred to in the following passage: ”Witness accounts? What witness accounts? We have the official video directly from NASA, a video that they posted at the top of the article. We can all see what happened. We, the readers, are as much a witness as anyone there. Why are you speculating when we can all see what happened?”

Online video streaming and live TV broadcasts which show us – not describe for us – what’s happening make newspaper news columns sadly outdated. Not only because the news is published with a daily delay. It’s filtered by its author, too. I will therefore comment on Baekdal – he may disagree – that he doesn’t seem to criticize informative journalism on the whole, only in print. It’s the faith in people’s search for simple (well written, impartial) pieces of information in newspapers that brings disaster to newsrooms of printed media that missed the fact that things have changed dramatically.

Thumbs up for emotions in journalism. What I strongly dislike, though, is juxtaposing emotions and craftsmanship. I mean looking for formal cracks in a text full of feelings or praising a well-made, but completely unemotional one. Whereas some people value emotions in photos and video reports, they don’t see them fit for print. Go on, slap me, I’ll turn my other cheek – I won’t share such an approach. It’s the emotionally dry journalism (and I think the world is being changed by channels of feelings) that has made Baekdal give his text the title ”Newspapers are just… old”.

.Baekdal’s whole way of reasoning, witty and interesting as it is, focuses on a single cause of falling circulation of print by pointing at maladjustment of content to the acceleration of everyday life. Holding journalists the only ones to blame for the loss of importance of print would be unfair, though. I haven’t investigated the state of affairs in Denmark, so maybe I should acknowledge that distribution of printed newspapers there remains in good shape, similarly to the countries of Europe’s older part. In Poland, however, this is what strongly influences the deteriorating circulation.

So journalists rightly flog their own backs in self-punishment, but the distributors should be getting whiplash, too. Although it is argued that the number of press selling outlets in Poland is stable, no research is made to show their types and locations. Of the many kiosks functioning in important spots of cities and towns as well as, possibly even more importantly, villages 10 or 15 years ago few are still to be found there.

We used to complain about display of newspapers in the kiosks where one needed to peep through a small porthole-sized windows to see basically anything. Things have not got much better here, since these days the dailies must be sought among chocolate bars, books, crisp or bubble gum packs and, last but not least, colourful magazines.

We ourselves bear a great deal of blame for the whole situation. Firstly, we haven’t created a good enough distribution network. Secondly, we missed the fact that the press titles are products that require the same amount of promotion and marketing as – sorry for the comparison, my fellow journalists – chocolate bars or packs of condoms sharing racks with the newspapers. Jacek Czynajtis representing Optizen Labs pointed it out in a speech at the ZKDP conference not long ago. When he remarked that press is product, keeping in mind the ”press is king” slogan is not enough and marketing mix (4P – product, price, place, promotion) is obligatory, some editorial staff wriggled in their seats. Or so I thought. In general, they didn’t seem fully convinced.

.I began the argument with newspapers as a product and let me finish so. I will add, however, that while Thomas Baekdal seems to see no future for dailies, I am more optimistic about that. Apparently Baekdal does not keep faith in the newsrooms’ ability to change. I do. I just have no doubt journalists will easily adapt to new media. What about the very product then? Print has given way to the speedy world of today and clearly there is no coming back on the old tracks. Yet paper as a carrier of opinion – and not of news – will stay with us for some more time. As far as the news, though, I fully agree with Baekdal: the press has been knocked down.

This content is protected by copyright. Any further distribution without the authors permission is forbidden. 06/12/2014
dziennikarstwo gazety in english nowe media 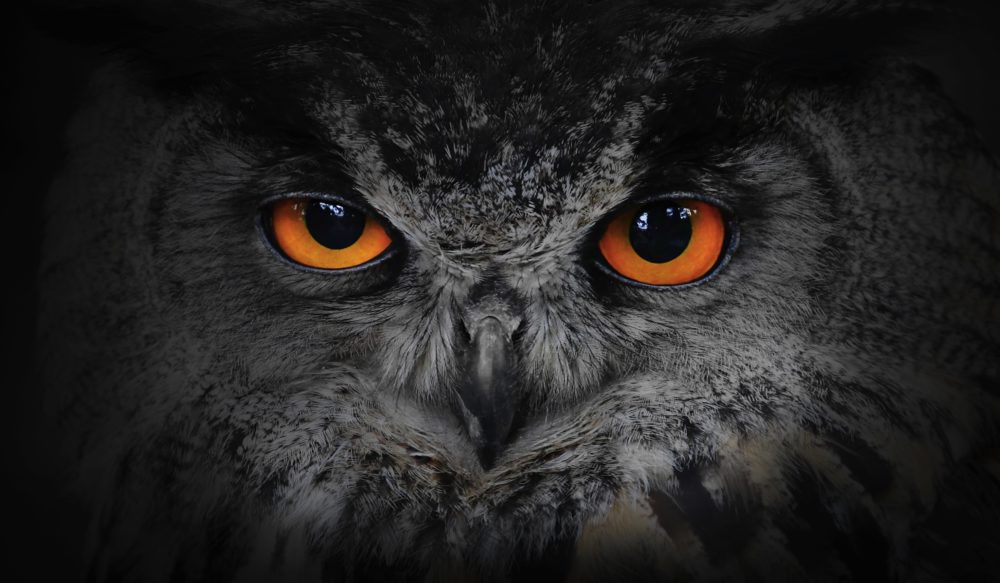 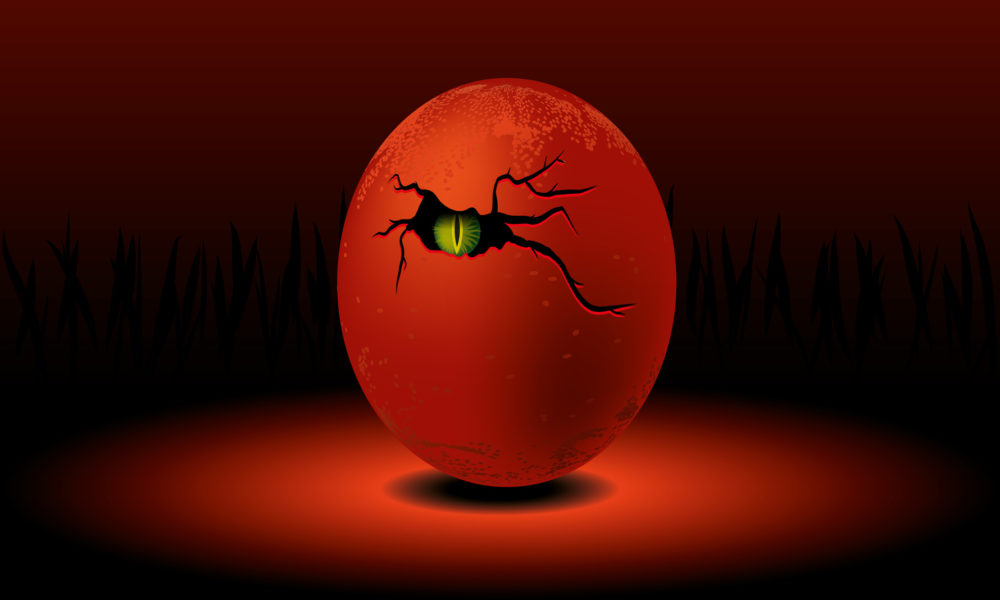