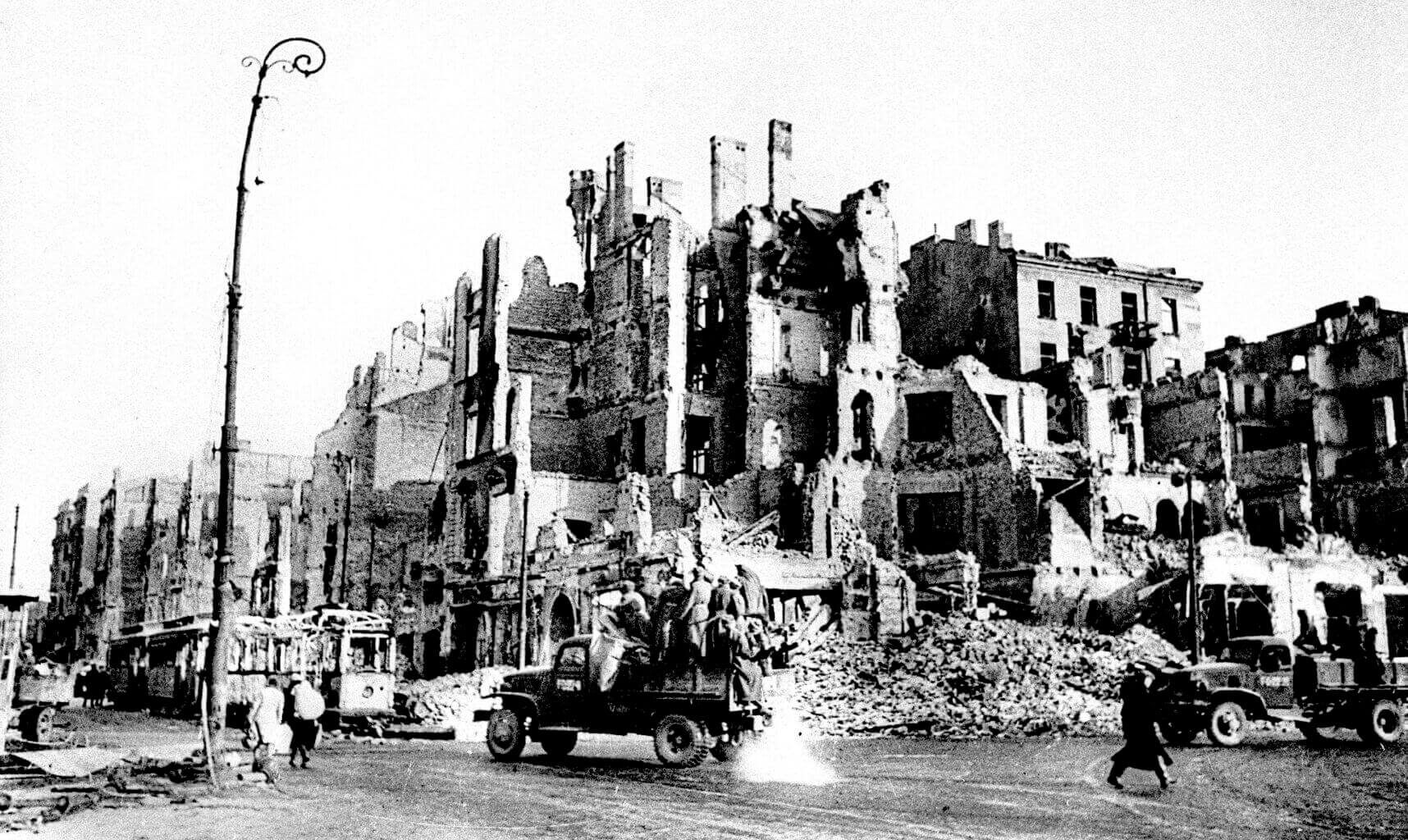 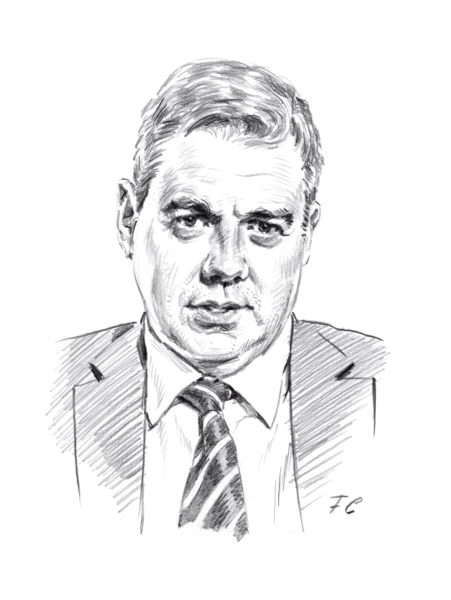 .September 1 is the conventional start date for the European war.  But little in life is set in stone.  Of course, a pedant might want to point out that the British and French only declared war on Germany on September 3, so that date marks the expansion of a German-Polish war into a wider World War.  Also, from a global perspective, it is often argued that the World War began with the Sino-Japanese war, which erupted in the summer of 1937.  So, it is all rather more fluid than we perhaps think.

Poland in 1939 was in one of the most perilous positions on the planet, caught between two rapacious, unscrupulous, expansionist totalitarian regimes, both of whom wanted to destroy her.  Poland did everything it reasonably could in 1939 to avoid being attacked by the Germans.  It stood firm in the face of German threats and demands – the case of Czechoslovakia the year before had shown that appeasing Hitler with concessions did not work – and it had secured powerful international allies, so as to dissuade Hitler from attacking.

There were, of course, some failings.  One might reasonably suggest that Poland should have rearmed more effectively, or invested more in its motorised forces, but what was done was perhaps all that the Polish economy could afford, and Poland was certainly not alone in failing to foresee the dominance of armour in the coming conflict.  So, it is rather hard to see what else Poland could have done, and criticising that country in these circumstances is rather like blaming the victim. Poland did all it reasonably could, but its position was impossible.

Poland was a target for the Nazi German regime for a number of reasons.  The first, and most important one, was that it occupied territory that Germany wanted – some of which, such as the province around Poznan or former “West Prussia”, had belonged to Germany prior to 1918 and even contained a German ethnic minority.  Beyond that, Poland also occupied some of the space that Germany had earmarked as its future “Lebensraum”, or “living space” – the territory into which Germany wanted to expand.

There were also racial considerations – as Slavs, the Poles were not considered racially desirable by Nazi theorists – and, given its large Jewish population, Poland was seen as thoroughly Judaized, with a population that was too racially mixed to be of any value.  So, to the Nazi mind, the destruction of Poland had historic, territorial, ideological and racial drivers.  In this combination of aspects, Poland’s predicament was unique.

All of that, of course, contributed to Poland’s hugely painful experience during the war – whether it is the Warsaw Rising, or the Holocaust, or the campaign of 1939.  Consequently, compared to other countries, recent history is especially present in Poland’s everyday discussions.  On one level, it’s a perfectly natural response.  If there were no national trauma, there would be no need to discuss it all.

But there’s more to it than that in Poland’s case.  Every country needs to have a “usable history”; a narrative of itself, explaining how it got there and in a broader sense what it is and who its people are.  And, in Poland’s case, the honest discussion of recent history – and I mean primarily 20th century history – could only really begin in 1989; the intellectual deep-freeze of communism forbade any honest treatment of those subjects.  So, those discussions are still going on now, the narrative is – to some extent – still being written.  Hence the rather febrile, passionate tone in which history is sometimes discussed.

Winston Churchill is thought to have said that “History is Written by the Victors”.  And he was right, up to a point.  Herein lies a problem for Poland.  In the post-war years, the victors essentially wrote the history.  The British, Americans and Soviets all wrote their own histories of the war, and the west – through the political fellow travellers of the international left – largely adopted the Soviet narrative without criticism.  In that environment, any honest assessment of Poland’s wartime history, and its contribution to the Allied victory, was effectively silenced – even those Poles in exile were unable to puncture the narrow victors’ narrative.  Poland’s wartime story could not be told except where it was effectively sanctioned by the communist regime.

Now, a few generations on from World War Two, a more honest view can finally be arrived at – and a new generation is writing its own history.  In the Polish case, that can be seen in the way in which Polish history is more openly discussed, and how new narratives are emerging.  The reasons for that are obvious – firstly, the ideological blinkers of communism have been removed, and secondly, the time elapsed since the war has allowed for a greater perspective on events.  This is how history works. Each generation, to some extent, revises the narratives of the one that went before it.

We have to wonder how far these revisions can go.  I know many Poles are troubled by the tendency, mainly in the Anglo-Saxon world, to use “Nazi” and “German” interchangeably, as they fear that the world will one day start thinking that World War Two was started by these mysterious Nazis, and the Germans themselves were merely their first victims.  But this is not a fear that I share.  German guilt for the Second World War and the Holocaust is solidly embedded – and rightly so – in the western historical narrative.  I fully understand why the use of the word “Nazi” alone tends to upset some Poles, as it is seen as exculpatory, as though the Nazis did all the bad things and the Germans themselves were innocent.  But this is, I think, to misread the way history is talked about.  Using the word “Nazi” as a synonym for “German” is lazy shorthand, certainly, but no-one is seriously suggesting that the Nazis were not also Germans.

In terms of the politics of forgetting, I would argue that a more urgent problem is represented in the Soviet/Russian narrative of the war, and the way in which the current Putin regime is seeking to control history to present a wartime narrative which is favourable to itself and which erases Soviet crimes.  It is as if the cheerleaders of Hitler were still in power in Germany and were trying to restore the former-Führer’s reputation as a great statesman and orator.

It’s grotesque, but we must understand that neither the Soviet Union, nor its successor, Putin’s Russia, has ever been able to be honest about the USSR’s wartime history. The resulting lies and obfuscations that they utter are, I think, much more pernicious and deliberately divisive than the laziness of a few western journalists and scholars.  If we are collectively keen to defend truth in history then we need to remain firm on the historical fact of the Soviet invasion of Poland in 1939, or on the historical fact of Soviet guilt for the Katyn massacres.  Those, I think, are far more important battles to fight.

.Poland is arguably in a better place now, geopolitically speaking, than it has been for a couple of centuries.  But it still faces a challenge in dealing with its neighbours – an aggressive, backward-looking Russia to the east, and an EU in the west that seems to want to forget about the past entirely.  It cannot afford to shirk that challenge.

This content is protected by copyright. Any further distribution without the authors permission is forbidden. 17/09/2021
1 września 1939 II Wojna Światowa in english niemcy Roger Moorhouse