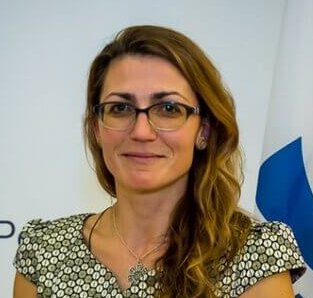 Director of the Austrian Institute for European and Security Policy (AIES).

.The global system has never been as interconnected as it is today. Around 80% of world trade is conducted via sea routes. Global supply chains have become the blood vessels of the globalized networks of economy and trade. Several chokepoints are of immense importance within the global system with major geopolitical and geoeconomic implications for international affairs. In addition to the Covid 19 crisis, which caused global supply chain disruption, all regions of the world are now affected to varying degrees.

When the “mega-ship” Ever Given ran aground and blocked the Suez Canal in both directions, the event illustrated the real costs of disrupting interconnected supply chains. The canal remains one of the most important maritime chokepoints for global trade, located in Egypt and connecting the Red Sea to the Mediterranean. The blockade of the Suez Canal highlighted real vulnerabilities for European trade. The state Suez Canal Authority estimated the lost revenue at around USD 16 million per day. As a result of the blockade, the delays had a major impact on the supply of crude oil as well as a negative impact on energy prices. Almost 400 ships were affected because they were stuck in the canal during the blockade. Even though some ships were diverted around the Cape of Good Hope to avoid the blockade, the diversion took at least seven to ten days longer, causing further immense costs. After Ever Given was freed, more logistical problems kept occurring in the ports due to the many ships arriving at the same time.

Why pay attention at the global choke points?

.The Suez Canal is just one of several major global chokepoints for daily transit from tankers to container ships (like Evergreen) to military naval vessels. Up to 15% of all world trade passes through the canal annually, linking global trade between Asia and Europe. Other major canals and passages along the busy sea routes include the Turkish Strait connecting the Black and Mediterranean Seas, the Bab-el-Mandeb Strait connecting the Horn of Africa and the Middle East as a gateway to the Mediterranean Sea and the Indian Ocean, the Strait of Hormuz as the most important chokepoint that offers no alternative for ships in the Persian Gulf, the Strait of Malacca as the most important Asian chokepoint between the Persian Gulf and Asian destinations, and the Panama Canal connecting Asian countries with the West. While the primary chokepoints mentioned above do not have low-cost shipping alternatives, there are also secondary choke points that have alternative shipping routes, which include the Strait of Magellan, the Strait of Dover, the Sunda Strait, and the Taiwan Strait.

Following the outbreak of the Covid 19 virus and the disruption of global supply chains, leading state powers discussed the idea of reconfiguring their transport and trade routes to cut certain dependencies. Alternative shipping routes could be the proposed Nicaragua Canal or the Kra Canal, but without offering a valuable substitute so far. China sees these choke points as strategically important for its maritime Silk Road, but Beijing is also seeking to develop Arctic shipping routes and railways alongside the terrestrial connectivity under the Belt and Road Initiative as an alternative to US-dominated sea routes.

.Global shipping routes are increasingly vulnerable to various threats and risks – from piracy to military conflicts to cyber and hybrid threats due to the rapid digitalisation of supply chains and port infrastructures. The boundaries between global shipping routes and geopolitics are increasingly blurred. The geopolitical impact of a prolonged blockade, sudden incident or military conflict can lead to a surge in food and energy prices, which in turn can have cascading effects on conflict-prone areas of the world, leading to social revolt and political chaos. Some of these choke points are quite narrow shipping lanes with high traffic volumes due to their strategic location and therefore face international security problems and cross-border terrorism threats.

The major geopolitical game of the 21st century is likely to be played out in the South China Sea and the Indo-Pacific, with other hotspots located in the Middle East, North Africa, the Mediterranean, and the Black Sea, which carry a large share of the most significant choke points. Moreover, the map of global chokepoints for maritime transit of oil overlaps with the map of choke points for global food trade to a great extent, which is another indicator of geopolitical disruption in the future. Any long-lasting disruption at one of these key points of natural congestion could have devastating effects on global energy and food security, directly endangering millions of people.

What is the impact on Europe?

.The EU Maritime Security Strategy identifies the disruption of global supply chains as one of the events with a major impact on Europe. Therefore, free movement along the chokepoints connecting Europe with the Indo-Pacific region is crucial for European trade and the economy. Around 90% of European trade takes place via sea routes, thus any disruption could have a significant negative impact on the old continent. For Europe, the Suez Canal is one of the most important geostrategic links with the Indo-Pacific. Besides the canal, the Gulf of Aden and the Strait of Malacca are other choke points of immense importance in the region. Several EU countries such as France, the Netherlands, and Germany have also published policies and guidelines on the Indo-Pacific to ensure the safety and freedom of global shipping.

Facilitating security and ensuring free movement along global supply chains cannot be achieved by a single global player in today’s complex world. Attempting to establish supremacy during the Fourth Industrial Revolution requires a quest for self-sufficiency in critical technologies and global supply chains. However, the reconfiguration will be mainly initiated by the US to bring manufacturing and supply chains home or to trusted third partner countries. Regional trading centers such as Japan and the European Union (EU) have already begun to consider shifting production out of China. In the long run, two parallel networks of supply chains are likely to emerge – one centered around the US, the other supported by China.

.Global sea lanes continue to be secured by the active engagement of the US and its allies in the Indo-Pacific region and beyond. Economic powers and countries with hostile intentions could take control of one of these strategic passages and create a blockade of a global bottleneck – with devastating consequences for already fragile global supply chains. Global trade is increasingly dependent on these maritime chokepoints, the disruption of which could easily throw global food supplies and energy markets into disarray, as well as plunge conflict zones into political chaos and social uprisings.

This content is protected by copyright. Any further distribution without the authors permission is forbidden. 22/04/2021
Fot. Mohamed ABD EL GHANY / Reuters / Forum
Ever Given Suez canal United States