In Central and Eastern Europe, communism did not so much collapse as simply go bankrupt. While Western countries continued to develop, communist states exhausted their ability to function. This happened both because communist regimes were unable to adapt to an ever-changing reality, and also because their societies never fully embraced the system.

Professor Jenő Szűcs, one of the most prominent Central European scholars, once wrote that Europe is naturally divided into two parts: The East and the West. They differ radically from each other. And between these two parts lies Central Europe. It is a region that is trying to adapt to the West, but at the same time has to take into account what it observes in the East. The fact that these two cultures intersect precisely in Central Europe determines its specificity.

The spirit of Central Europe is particularly evident in the realm of culture and this is where the identity of our region can be best seen. For centuries, the problems of Central Europe included its frequent absence from a broader arena, with a dearth of opportunities for development. From the Middle Ages onwards, our region was a zone of extremely dynamic changes and transformations, wars and uncertain borders. The lack of development opportunities resulted in an escape towards culture, which turned out to be the area where the identity of Central Europe would manifest itself and be shaped.

This is what determined the contemporary uniqueness of Central Europe, which is a melting pot of many nations, languages and religions. In such a complex mix of identities, there was a constant need to seek understanding. We often draw attention to Polish-Hungarian relations, for instance, explaining how these two countries have never fought each other. This is far from the truth. There were numerous conflicts in the history of Polish-Hungarian relations. However, none of them turned into a devastating war. This is because in the case of both of them (as well as in other Central European countries), the need to seek partnership and understanding, and not war and conflict, had always been encoded. This ability to pursue common interests and compromises led to the emergence of not only international closeness but also trust, additionally rooted in shared experiences. These features distinguish our region significantly from Western and Eastern nations. Both of those worlds – the East and the West – are opposites. We are the bridge that connects them.

The Central European identity, preceded by centuries of social contacts, was lost amid the Great War. The Wilsonian principle of self-determination was then caricatured. Central Europe, instead of being understood, was divided and its nations more than once stood against each other. Divisions appeared. Instead of trust – there was isolation. As a result, our region became a haven for totalitarianism: Nazism and Bolshevism.

Currently, however, the Central European identity is in the process of being rebuilt. I myself belong to the generation of hitchhikers who in the 1980s took advantage of the opportunity to visit Poland. I found it amazing how close we were to each other. We thought in similar terms, often knowing more about the other nation than we knew about ourselves. I learned Polish thanks to my knowledge of the Slovak language and the long discussions in an international group that we had at that time, some of which would go on all night long. This discovered sense of community allowed us to recognize our shared “gene”, our common “DNA”. Nowadays, however, we must answer a couple of questions.

First of all, what to do with the antagonisms of our past, the wounds of the 20th century that have not fully healed? Secondly, what can we use to replace the many years of competition between Central European countries, and how can we define our common interests? Third, what common future do we see for the region? Fourth, how do we avoid the ages-old external influences and actions based on the classical schema of divide et impera? And fifth, will we be able to determine, in addition to political and economic interests, the moral and spiritual dangers that may threaten our future?

There are still academic conferences taking place where these issues are discussed, but most of the time, they attract the elite. Meanwhile, what we need are discussions between nations and communities that make up societies. A good example of a spirit of community within Central Europe that is still alive and kicking is the cooperation of the Visegrád Group. I also see hope in the idea of the Three Seas Initiative. Nevertheless, it is still merely a drop in the ocean. Nowadays, we can see the inadequacy of such discussions, and the reason for this state of affairs is the pro-Western orientation of our societies.

This content is protected by copyright. Any further distribution without the authors permission is forbidden. 11/12/2020
13 grudnia 13 grudnia 1981 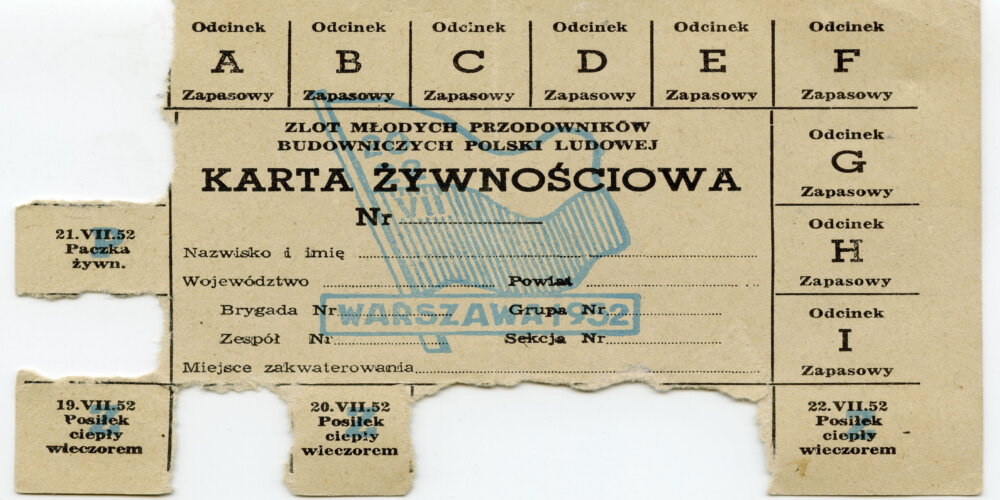