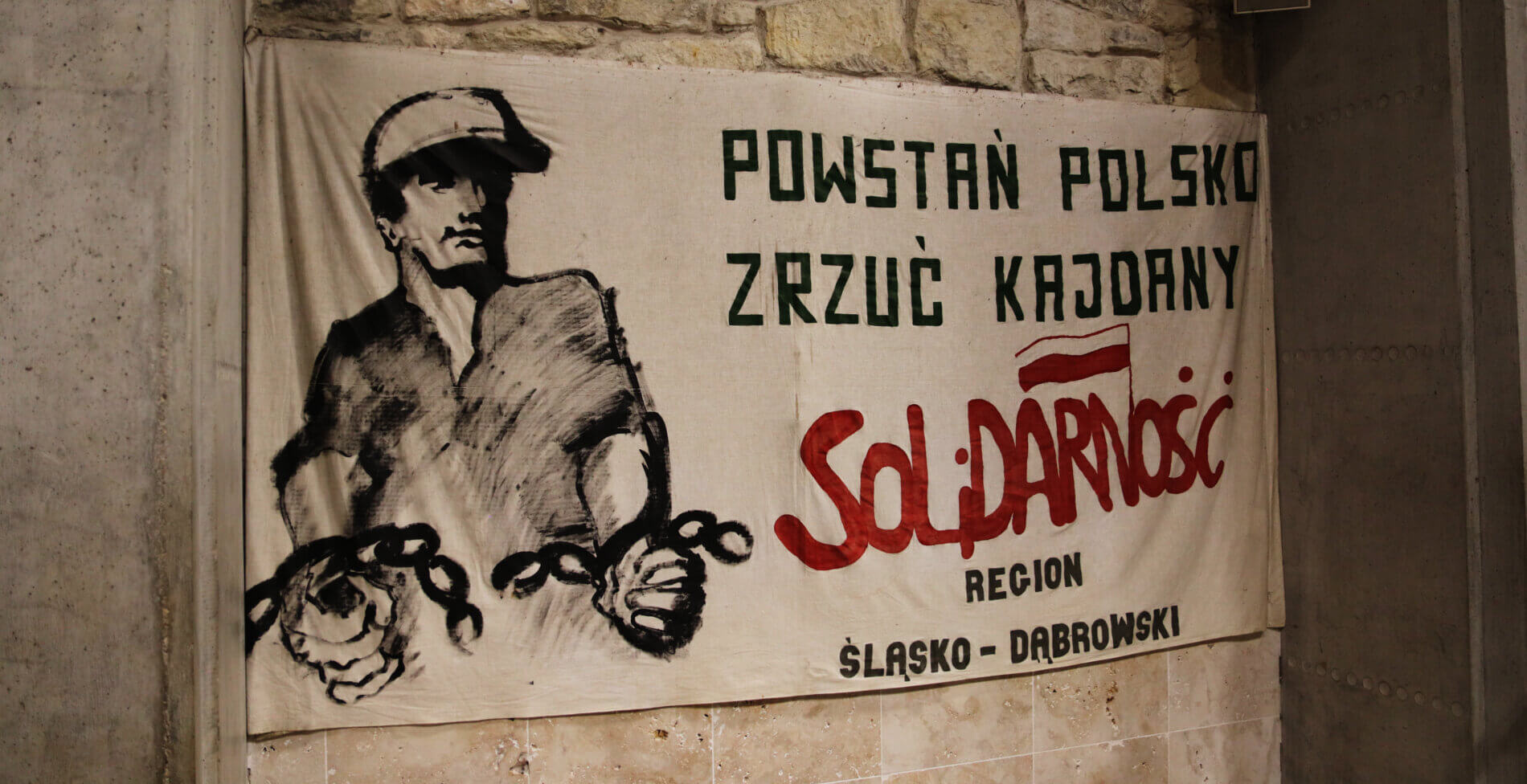 In the country of Pope John Paul II, “Solidarity” launched a mechanism in which power – at least in symbolic terms – was returned to the sovereign, that is, the people.

I left Latvia during the war when I was still a child. I have lived abroad most of my life. In 1980, I worked at a university in Montreal and I remember that, even there, the strike at the Gdańsk Shipyard caused quite a commotion.

The very fact that people in Canada discussed a strike in Poland was a great success, because such protests in those years rarely gained any international publicity. For many years, two blocks of states were very tightly separated from each other by an iron curtain, and information from behind that curtain had it difficult to reach audiences on the other side.

In the West, that strike was being considered another protest against the communist regime. Previously, there had been protests in Hungary in 1956, in Czechoslovakia in 1968, on the Polish coast in 1970. That is why the strike in 1980 attracted so much attention. Many in the West noticed this massive revolt against the ruling communist party in Poland. This was a significant protest, because blue-collar workers opposed the government, and yet Poland was ruled by a party which presented itself as a defender of the working class. The strike was a clear accusation against the party – that it had failed to live up to her fundamental promise: to provide workers with a decent quality of life.

For me personally, this protest was yet another confirmation of the assumption that I had adopted a long time ago: communism is a foreign ideology that did not suit reality.

Communists claimed they had seized power on behalf of the working people, but I never accepted that argument as true. The strike in Gdańsk once again proved that the communists only usurped the right to represent the working people. Protests of this type in other countries of the region forced the government – at least symbolically – to re-join to the sovereign, in other words, the people.

Poland in the 1980s had a unique position among other communist countries, since the Catholic Church, a power to be reckoned with, was highly active there. Moreover, Cardinal Karol Wojtyła was elected Pope. It would always surprise me how the communist authorities in Poland allowed the Church to have such a strong position, because it was a de facto independent point of reference. It weakened the position of the ruling party and showed how foreign the ideology of communism was. Elsewhere, such a situation would be unthinkable. For example, it was impossible in the communist times to bring a Bible into today’s Latvia. Some smuggled it through Poland, as it was impossible from the side of the Soviet Union. The position of the Church in Poland was a consequence of the fact, among other things, that it had a courageous spiritual leader who turned out later to become John Paul II. This placed Poland in an unparalleled situation compared to other countries in the region.

Throughout the whole period of Soviet domination, Latvians believed that their state had been taken from them by a foreign force, but that one day they would be able to reclaim their homeland. This did happen when the Soviet Union collapsed and Boris Yeltsin became the president of the Russian Federation. By the way, already in my speech to Latvian emigrants in 1968, I expressed my conviction that the USSR would collapse due to internal problems that the Kremlin authorities would not be able to solve. I only did not know when it would happen. Ultimately, it took place in December 1991, whereas Latvia declared independence in August of that year.

The protest of “Solidarity” was an important step towards Latvia’s independence. This movement became one of the key elements leading to the erosion of communist ideology. In 1956, we had witnessed an uprising against the communist system in Hungary, but what we saw in Poland in the 1980s was something completely different and novel. The workers on strike in the Gdańsk Shipyard undertook many efforts to ensure that their protest was not perceived as a form of provoking the authorities – so as not to give the Soviet Union an excuse to intervene, as it had happened in 1956 in Budapest or in 1968 in Czechoslovakia. At the same time, they developed an unprecedented formula of dialogue with the authorities. And they showed that workers can effectively speak for themselves, in their best interest.

This content is protected by copyright. Any further distribution without the authors permission is forbidden. 27/08/2020
solidarity