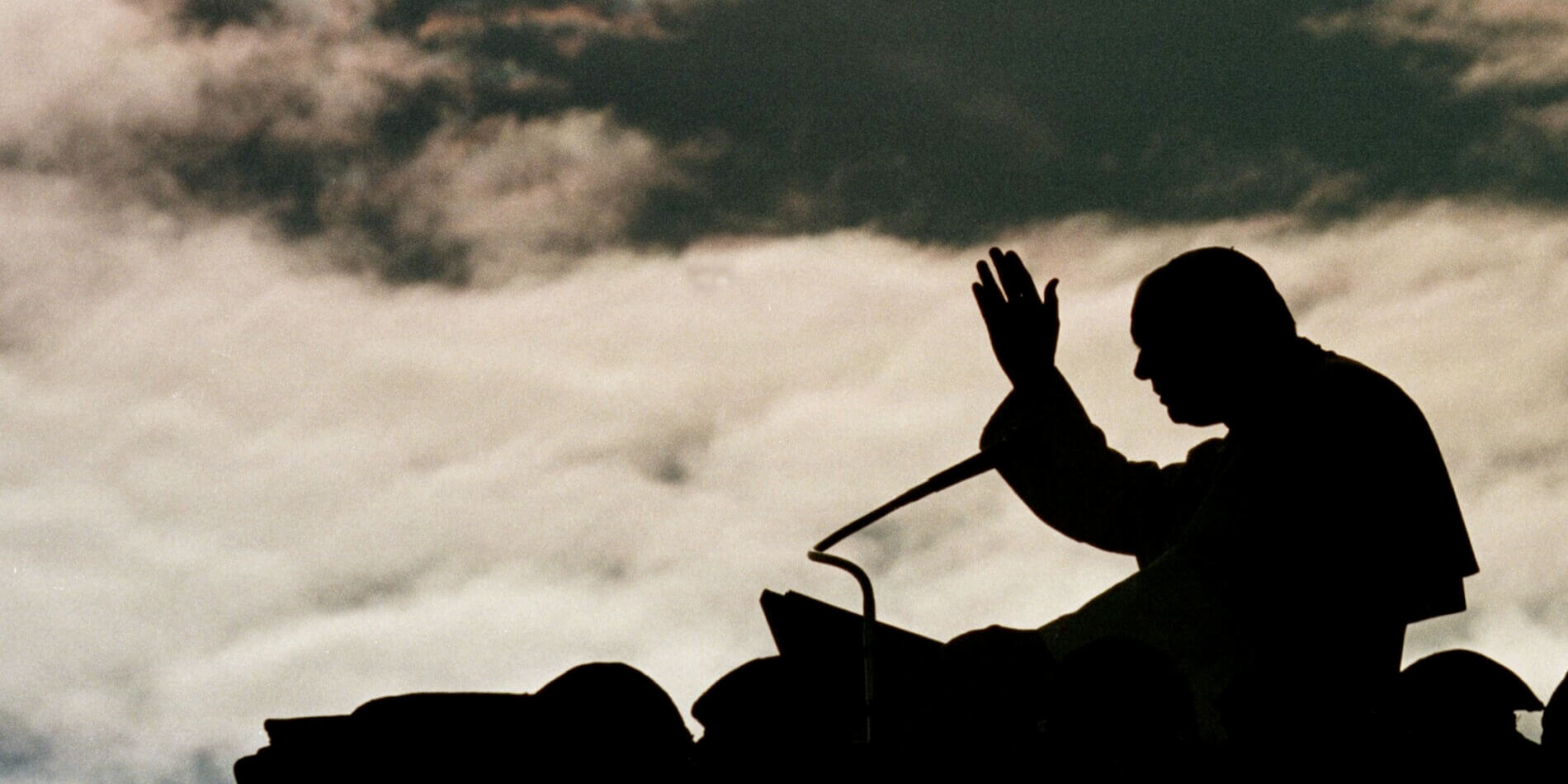 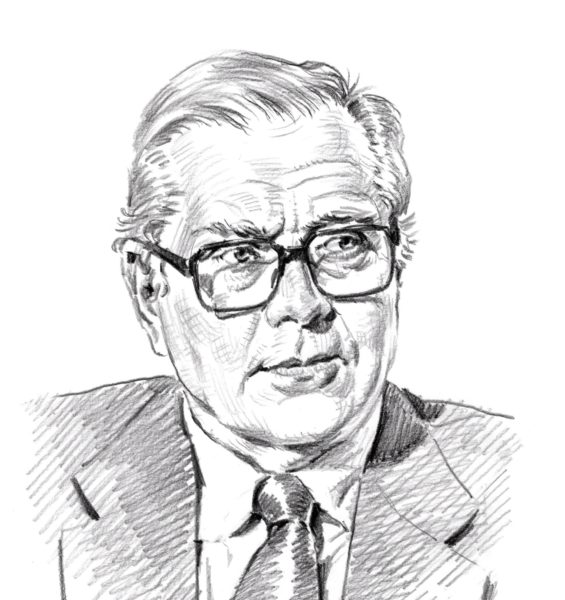 He rehabilitated Galileo and admitted the Church made a mistake at the trial. He saw it as an essential correction of the Church’s position on science, scientific freedom, and the separation of areas where faith and science are independent of one another – writes Krzysztof ZANUSSI

Is it worth asking questions like this? The judgments of history can change and are never final. We are eager to make them on the occasion of round anniversaries which may however have no objective significance.

What will be John Paul II’s legacy as seen from the perspective of the 100th anniversary of his birth? The answers may differ provided whether we see Him with the eyes of His Polish compatriots, believers, Catholics, Christians, or whether we assess him as a statesman, politician, or philosopher.

As a Catholic and an artist, as well as a former science student, I would like to highlight the fact that the pontificate of John Paul II opened Catholicism to the future while subduing the tone of nostalgia that resonated within the Church since it was a secular power. The Pope opted for youth; at the times of consumerism, he opted for the young people’s idealism. He tried to convince the doubtful that spirituality means progress. At the same time, he addressed his message to the entire contemporary world and not only to the convinced; he strengthened the dialogue with nonbelievers and demonstrated a positive approach to other faiths. The remarkable meeting in Assisi, contested within the Catholic Church itself, was a landmark event in the history of Christianity; just like his visit to the synagogue in Rome and his profound opening to Judaism.

The examination of conscience for Catholics and the confession of sins they committed in the name of God was a similar landmark.

As an artist, I remember the efforts of John Paul II to annul the separation between the Church and culture. John Paul II  started as a creator, he was an actor, playwright, and poet. He, actually, remained a poet till his last days as he had The Roman Triptych published just shortly before his death. One can question the greatness of his poetry (as the philosopher Sloterdijk so nonchalantly did), but to me, such a judgment is retaliatory rather than objective.

John Paul II reached for the language of art when the language of encyclicals was exhausted. This alone is evidence of the Pope’s serious attitude to culture. It was made evident in his famous letter to the artists, and also by the decision to establish the Pontifical Council for Culture. As the first non-Italian Pope in the Holy See in 400 years, John Paul II was instrumental in carrying out the very difficult process of overcoming Italy- and Europe-centered attitudes and the closing of Catholicism in the Western circle only. He was not a great administrator, and being aware of this, he did not try to deeply re-organize the Roman Curia; instead, he made it go beyond the walls of the Vatican by way of his trips.

The secular public would typically start the assessment of his pontificate by listing the Pope’s political achievements, mainly his contribution to the almost bloodless dismantling of communism. As undisputed as this contribution was, we know today that communism back then had no potential or power of attraction, it was deeply stuck in the previous century; it was an idle ideology, and John Paul II saw it better than many Western politicians.

Anniversaries are no good occasion to remember people’s mistakes, but no public figure is free of them. With regard to the Pope, the most common reproach concerns the Pope’s nominations and his excessive confidence in the nominees. While many of the charges are justified, the Polish perspective offers a subjective excuse for the man who in his long episcopal service in the communist country would often encounter all sorts of deceptions and fabrications (the term “fake news” was coined later) concerning him and other noble figures in the service of the Church in Poland. It was against him that the authorities fabricated documents that looked highly authentic but were completely false. In a few cases in the Vatican, with regard to financial or moral scandals, John Paul II happened to trust people who did not deserve it rather than trust the evidence of guilt. But when reports that Archbishop Paetz sexually abused clerics did reach the Pope in an informal way and overcoming the barriers of the Vatican bureaucracy, the dismissal came immediately.

Finally, let me offer an opinion which may surprise many, an opinion from someone who has had a brief encounter with science and philosophical studies. John Paul II’s background included a robust academic career, and his legacy comprises quality publications on both theology and philosophy. I think that his most interesting notions concern the carnal aspects, which is undoubtedly related to his life experience. He was the first Pope in history to be actively involved in sports, one with a profound appreciation of the body. His rigorous teachings about sexuality go hand in hand with the praise for physical love, and while his critics say such a rigorous attitude is unrealistic to maintain, the entire message of Christianity calls for heroism after all. But I digressed a bit from the main point. In seeking a response to the question of what will be a lasting legacy of that pontificate, I suggest to consider the following: Christianity, Western Christianity in particular, even though after centuries of hesitation, made an alliance with reason (unlike Islam, for example, when one caliph resolved to break away with the Greek philosophy, a decision with consequences to this day).

John Paul II emphatically rehabilitated Galileo, and admitted the Church made a mistake at the trial. To many, the entire initiative was insignificant, but the Pope saw it as an essential correction of the Church’s position on science, scientific freedom, and the separation of areas where faith and science are independent of one another.

During that long pontificate, Castel Gandolfo was the venue of the Pope’s bi-annual meetings with representatives of science, at which he would listen and ask questions rather than teach. Faith and Reason or Fides et ratio, one of the subsequent encyclicals, was the best known outcome of the resultant considerations. During work on this encyclical there was an occurrence precisely described by the Polish participants and witnesses, Father Professor Michał Heller, physicist and theologian, laureate of the Templeton Prize, and Archbishop Professor Józef Życiński.

Namely, John Paul II came to a conclusion that, given the dramatic conflict between reason and the Church, it is worth making an appeal that just like the titans of Western Christianity’s scholasticism with Thomas Aquinas, first of all, had the whole set of scientific instruments of that time at their disposal, today’s theology likewise should use methods of reasoning elaborated by the creators of contemporary science: theory of relativity, quantum mechanics, as well as biology and all other sciences. Originally, the appeal was to be made public still prior to the publication of the encyclical; meanwhile, the Pope was alerted that a whole bunch of New Age ignoramuses would take advantage of such a declaration, while only a few contemporary theologians are competent in today’s science. As a result, the concept that might have had a revolutionary impact on theology and the Catholic Church was placed in a document of a lower rank, i.e. the Pope’s public letter to the Director of Specula Vaticana or the Vatican Observatory supported by the Holy See that is also in charge of the Western calendar.

.To paraphrase Einstein – who, even though he adhered to no religion declared he sensed the existence of the Mystery, adding that who does not sense it is simply blind and deaf – my personal conviction is that the Mystery is the foundation for all religious sensitivity, and the contemporary image of the physical world is no longer deterministic (as it still was in the previous century). Its image is based on the calculus of probabilities rather, and in the eyes of followers of many religions,  a chance is a mask behind which the Mystery may be hidden, that is God who is beyond time and space so the man’s imagination fails to comprehend Him.

Should John Paul II’s ideas help transform theology into a really modern science, this might be the greatest value of His pontificate. But this is for history to show.

This content is protected by copyright. Any further distribution without the authors permission is forbidden. 17/05/2020
Tłum. G.G.
Karol Wojtyła