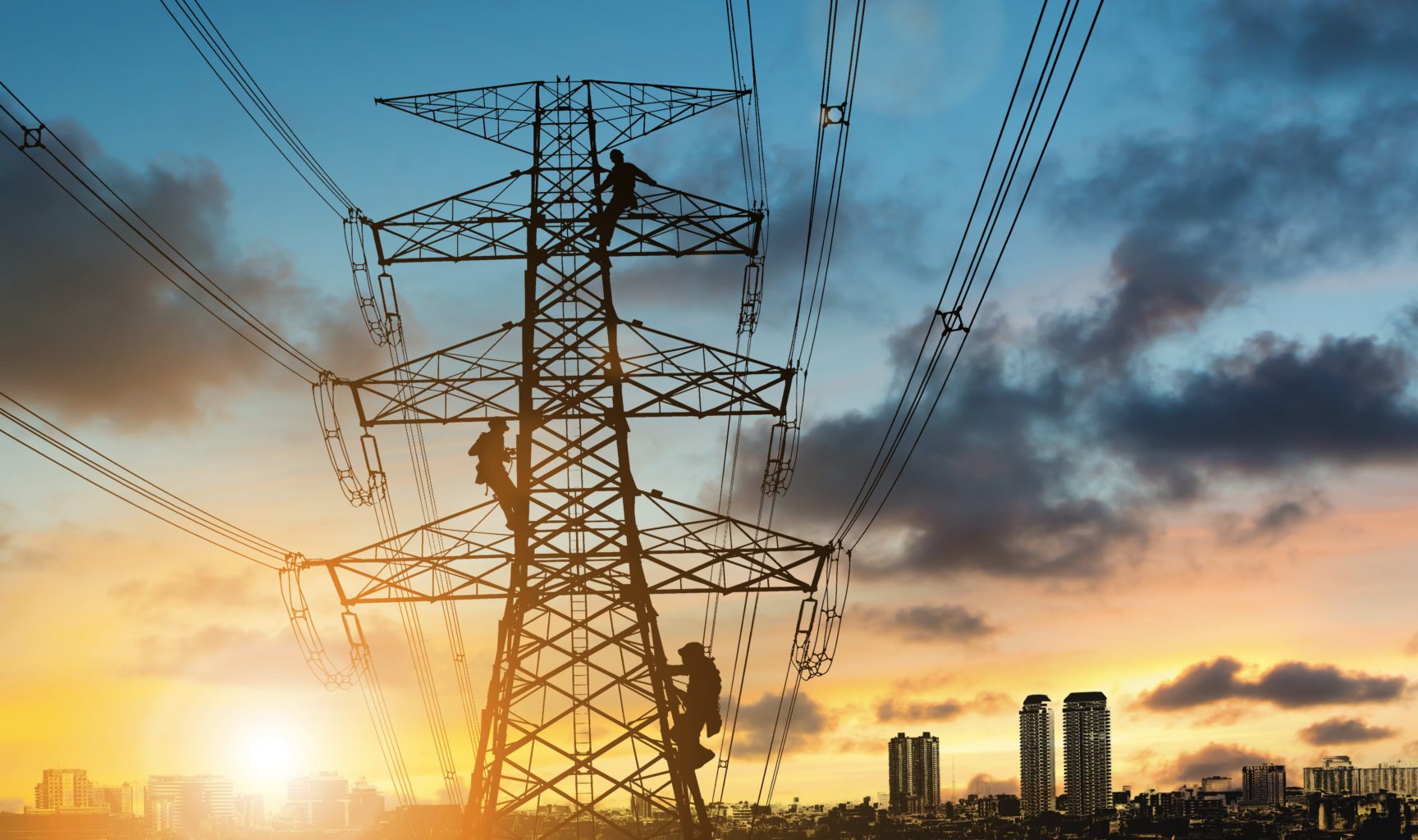 Germany already knows that it will fail to achieve the CO2 emission reduction targets set for 2020, and the gap will be quite significant. That’s why it is postponing the closure of coal-fired power plants and is building Nord Stream 2 – says Józef SOBOLEWSKI

In September this year, I was invited to attend the IEA General Conference to make a presentation at its Scientific Forum laying down the arguments for the development of nuclear energy as a climate protection factor for a country having one of Europe’s highest CO2 emission rates per power generation unit. I could have repeat some commonplace statements found in many reports, but as a physicist by profession, I decided to focus on facts.

Based on the data of the European Environment Agency, I compared the historical emission data for Poland, Germany and France. The results, although obvious to me, may seem shocking to many. What I found is that, for the last 20 years, Poland has reduced its emissions by virtually the same as Germany, whose total renewable energy investment exceeded EUR 250 billion. Of course, we are talking about slightly different levels. Germany’s emissions per power unit are about half those of Poland, but let’s not forget that in Poland we started from a completely different level. The picture gets even more interesting as you look at France. In fact, Germany, while it leads the way in the development of renewable sources, has emissions output 10 times higher than France that relies on nuclear for power generation. And here we come to some very interesting findings and questions.

How is it possible that a country investing heavily in renewable energy ends up with a ratio similar to Poland’s? For the energy generation experts, the answer is simple – unstable energy sources achieve a certain degree of saturation in the energy mix, so much that their further development does not lead to an effective increase of their share in the overall energy production. The power system is a zero balance one. Energy is produced in amounts that can be used, storage possibilities being generally negligible. The energy system cannot feed solely on renewables without supply from stable sources, and these, in the case of Germany, are provided by lignite power plants, or the most emissive ones. Perfectly aware of that, our western neighbor digs new lignite opencasts, and has recently sided with Poland, holding back the European Parliament’s ambition to set higher goals. Germany already knows that it will fail to achieve the CO2 emission reduction targets fixed for 2020, and the gap will be quite significant. That’s why it is postponing the closure of coal-fired power plants and is building Nord Stream 2. The only possibility of reduction it has, assuming the withdrawal from coal and nuclear, is gas, which is why Germany is so determined to complete the second leg of the Nord Stream gas pipeline.

A German expert on wind energy, advisor to the German minister of economy, has recently been in Warsaw, giving some interesting lectures (at the University of Warsaw and the Sejm) on wind energy as a power system source, with a clear message: wind energy cannot be the basis of the power system, and neither can offshore. He also explained why the Holy Grail of renewable energy, i.e., an energy storage facility capable of filling the gap if wind stops for one day across the country, cannot be built, meaning it does not exist. Remember that the ‘wind silence’ can last for weeks.

Now let’s have a look at France that derives 75% of energy from nuclear power plants. The remainder – produced by thermal power plants – emits an average of 10 times less CO2 per power unit than neighbouring Germany. The incumbent president abandoned the plan of his predecessor who, on the wave of green ideology, pledged to reduce the share of nuclear energy to 50%, stating that what matters is the reduction of emissions and not the way it is achieved. Nevertheless, in order to appease the wind lobby, he approved the construction of offshore wind farms, with a guaranteed price 5 times more expensive than that of nuclear power. Well, the rich can afford more.

The European Union should ask itself whether the actually chosen, or actually enforced, renewable energy development path is truly leading to climate protection, i.e., to reduction of CO2 emissions, or is a profitable business-making scheme. I think it’s the latter. It may be that, at the beginning, the development of, say, wind energy was driven by ecological considerations, but then huge subsidies have transformed this way of generating energy into a very profitable business. A few years ago, I read an article by a consulting firm that “a wind turbine is not a wind power plant; it is an excellent financial instrument”. And it is true, as it is not easy to point to other instruments that guarantee high profits for several years. It is also a good business with a powerful lobby. How else to explain the provisions of the SPD-CDU coalition agreement, which explicitly speaks about the export of Energiewende, pointing to the protection of almost 200,000 jobs in Germany? In addition, the same document highlights the decision to block the use of funds from the EU budget for the development of nuclear energy. So Germany can use Polish funds paid into the EU budget for the development of renewable sources in Germany, but Poland cannot use its contributions for nuclear energy.

One may ask who gets the most profits from the development of renewable energy. It is obvious to me that it is not the climate. In addition to the RES-related industries and financial markets, the largest beneficiaries are suppliers of natural gas, a commodity supporting the use of renewable energy sources, whose European resources are gradually being depleted, but not Russia’s. I would not count on LNG so much, because Asian countries will always be able to pay more than we do, and their needs are definitely bigger and growing. Germany secures the supplies of Russian gas to Europe through Nord Stream, and in a few years, it will decide about its distribution in Europe. Let me mention whenever Germany and Russia went on to start a close cooperation behind Poland’s back nothing good would ever come out of it for us.

If the EU really wanted to protect the climate by reducing CO2 emissions, it would set the reduction targets as effectively as possible, regardless of the technology used. The most effective currently available technology is nuclear fission power (fusion technology still has a long way to go to commercialise). Nuclear generation has high investment costs, but its output is very cheaply, namely due to the long service life and low variable costs. It is available on demand, no matter the weather conditions, and thus guarantees energy security. Also, the spicy fact is that half of the EU’s emission-free energy is produced in nuclear power plants.

But nuclear energy has many enemies, too, especially many ideologically-conditioned ones, whose argument is “no because no”. Its opponents use mostly untruths or misrepresentations, as opposed to facts; they do not know what they are talking about, and unfortunately they are able to play on emotions. But it is the problem of Western countries, completely irrelevant to the growing powers of Asia, which are dynamically developing nuclear energy.

The last 30 years have seen a clear slowdown in the development of nuclear energy in the so-called First World. This was caused firstly by the failure of the Chernobyl power plant (consciously triggered by the staff). And thereafter, as nuclear power was experiencing a revival, a tsunami in Japan put a spanner in the works. Although no one died of radiation in Fukushima, the opponents of nuclear energy used the accident to build out a massive campaign against it, while preventing its economically viable development at the same time. Of course, as I mentioned earlier, this does not apply to developing countries. And yet, in addition to generating electricity, new nuclear technologies have a much wider application. They allow to produce heat for heating purposes or process heat, and also to achieve temperatures enabling an effective hydrous pyrolysis that leads to creation of most promising fuel – hydrogen. And all this is possible with zero emissions to the atmosphere. The advantage of these new solutions is passive safety: there is no way a reactor’s core could melt as a result of loss of coolant. As the First World, we are starting to lag behind.

Recently, a number of reports have been published on climate change, clearly indicating the need to develop nuclear energy as the only real measure that can prevent the bad from getting worse. A report by the International Energy Agency (IEA) presented at the beginning of this year, highlighted in an impartial and balanced manner the need for intensive development of nuclear energy. But perhaps the most surprising is the recent study by the Intergovernmental Panel on Climate Change (IPCC), according to which, of all scenarios leading up to limitation of the average temperature rise, the most effective one is the significant development of nuclear energy.

This content is protected by copyright. Any further distribution without the authors permission is forbidden. 04/12/2018
Poland