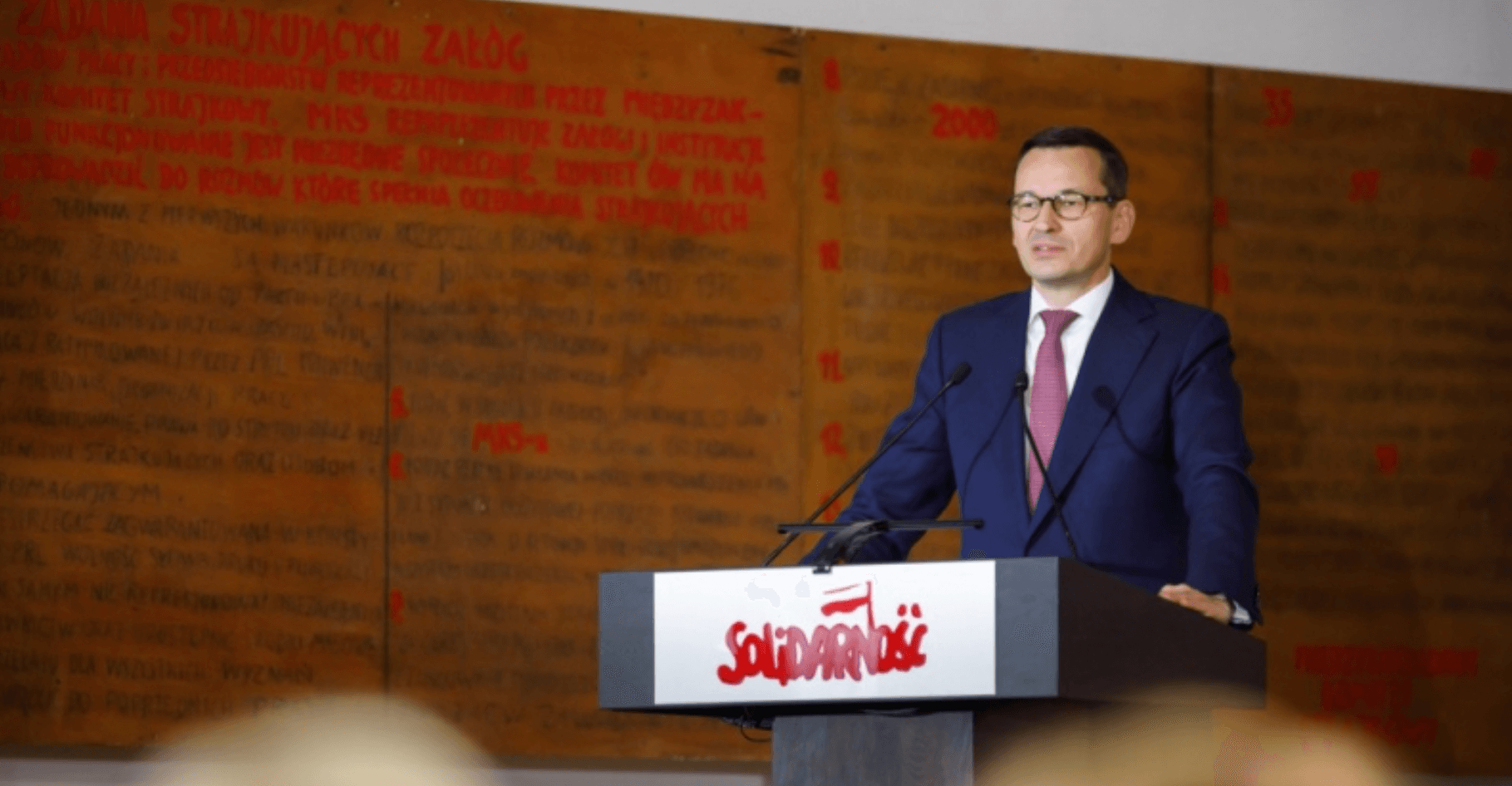 The spirit of Solidarity is necessary for today’s Europe.

The relations between the European countries are being shaped by the rule of solidarity. It’s the best guarantee for the construction of a better future for Europe – writes Mateusz MORAWIECKI

Forty years ago, during the hot summer months of 1980, Europe was totally different from its today’s image. The continent had been divided by the Iron Curtain, which wasn’t only a metaphorical line of political division. Indeed, the line was dividing free and democratic countries and those deprived of their sovereignty and totally dependent on the Soviet empire. One of the countries who had been left after the war under the dependence of the communist power, was my homeland – Poland. Poland, who during the war lost about 6 millions of citizens, the half of them being the citizens with Jewish origins. It was a disaster after which it was unlikely that we could rise up.

And yet we tried. During the next postwar enslavement which was Polish People’s Republic period, Poles didn’t give up on the accomplishment of their dreams of self-determination, freedom and independence. We have never accepted the unfair judgment of history. This is why the efforts of heroic struggle with the Moscow-dependent regime had been taken. Unfortunately, all the efforts went in vain.The communist power was pacifying bloodily all the social protests, keeping under surveillance the society and censoring all the signs of freedom in art and literature. With each next spurt the number of new victims was increasing, but the hope didn’t vanish.

The fruit of this hope was August ‘80, a real breakthrough. It was an unimaginable phenomenon in the scale of the entire Soviet bloc. Something that caused worldwide amazement and admiration at the same time. After a series of workers strikes in shipyards and other workplaces across Poland, the despotic communist party finally had to bow. At that time, an agreement was given for the creation of the first Trade Union which was independent and self-governing. And it happened for the first time in the history of countries from the Soviet bloc.

This is how the “Solidarity” was born. Officially, it was a Trade Union organization, but in fact it was a nationwide social movement which united millions of Polish people in one, faith-filled community. Where this faith was coming from? We are drawing her till today from the centuries-old political tradition – love for freedom and democracy. From the attachment to Europe, whose Poland was one of the actif parts from thousands of years. But also from the inspiration given for Polish society from Pope John Paul II. His election to the See of Peter became an endless source of hope and strength.

Today, after years, we can clearly see that “Solidarity” was a stone who caused an avalanche and, in effect, the fall of the Iron Curtain in 1989. Thanks to “Solidarity” Poland broke free from the Soviet zone and Europe could become one and entire again.

Although forty years have passed since the birth of “Solidarity”, its ideals are still present and should be alive for us. We, Polish people, have kept them not as some museum exhibits, but as values defining the standard in public life, a specific model to which we aspire. But “Solidarity” means something more than a socio-political postulate. “There is no freedom without solidarity” –  we keep in mind those words of Pope John Paul II. And we remember also that there’s no solidarity without love, and without those two – there’s no future either.

When natural disasters, like floods, cataclysms, fires, whirlwinds hit our society – solidarity is becoming not only the one of the most important rules of acting, but simply a condition of survival. We can see this by observing the fight against the coronavirus pandemic. Unconditional help, sacrifice to save others, true altruism, empathy, rejection of fear and selfishness – such models were represented in the most difficult moments by medics, paramedics, uniformed services, pharmacists, but also salespeople, teachers, entrepreneurs and hundreds of thousands of ordinary citizens. Thanks to their attitude we could see what solidarity is in practice.

However, solidarity is too valuable to be reminded only in times of crisis. Everyday life should be filled with her ideals, she should be manifested each day by kindness, hospitality, openness, and understanding.To discover those values, we need to deeply pay attention to our own existence, getting to know better all these noble qualities of our personality.

Every person who finds the spirit of solidarity understands that it cannot be kept individually. Solidarism requires community, in which it can be fulfilled. This is why we should accept it as a fundamental rule of our collective life. We’re finding out more about it especially today, when millions of Poles, like inhabitants of other European countries are struggling with the economic consequences of the pandemic. A significant reduction in the spread of the virus and the rapid introduction of a bold anti-crisis strategy, protecting both entrepreneurs, employees, their families and entire local governments  – all of this wouldn’t be possible if we were not guided in our actions by the primacy of solidarity.

The same spirit is needed for Europe today. Together we are at a turning point, and together we have to go straight out of it – as one community. At the time of trial the most important is that true cooperation should overcome selfishness. We want a strong Europe, just as we want a strong Poland. I’m convinced we are going to be able to shape our common future as long as we take the “Solidarity” heritage as the foundation of our activities.

Today, forty years after the memorable August ‘80, our main task is to make “Solidarity” not only a page from the history of Polish nation, especially in the eyes of the world.

We should make Solidarity a project for the whole of Europe. This is why solidarity is our proposition for the coming decades of development.

Relations between European countries – regardless of their size and economic potential – should be modeled on interpersonal relationships. These, in turn, are naturally shaped by the rule of solidarity. It’s a reliable guarantee for the construction of a better future for Europe.

This content is protected by copyright. Any further distribution without the authors permission is forbidden. 28/08/2020
1980 Solidarnosć 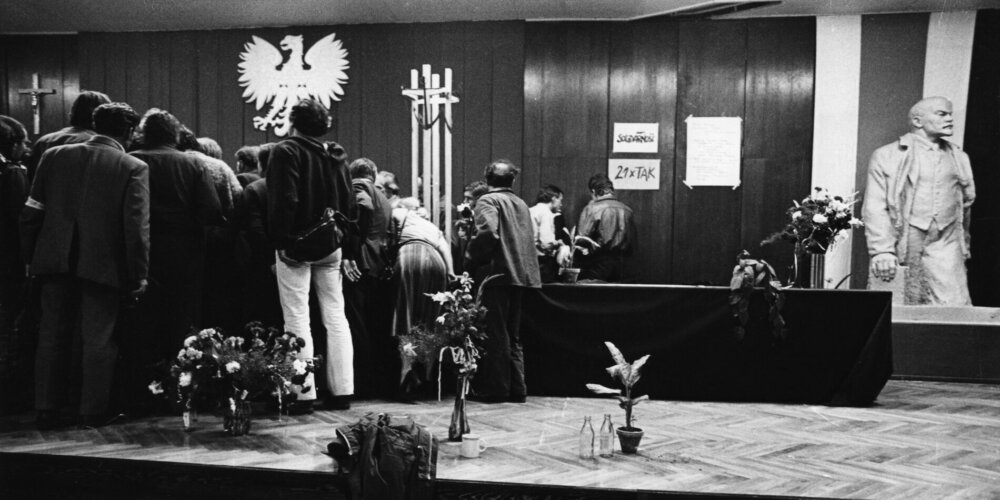 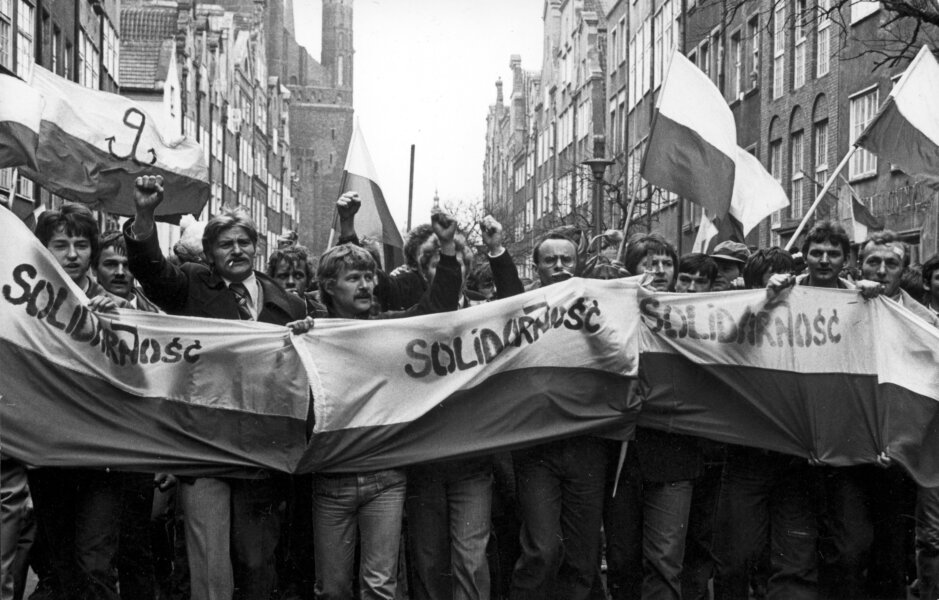