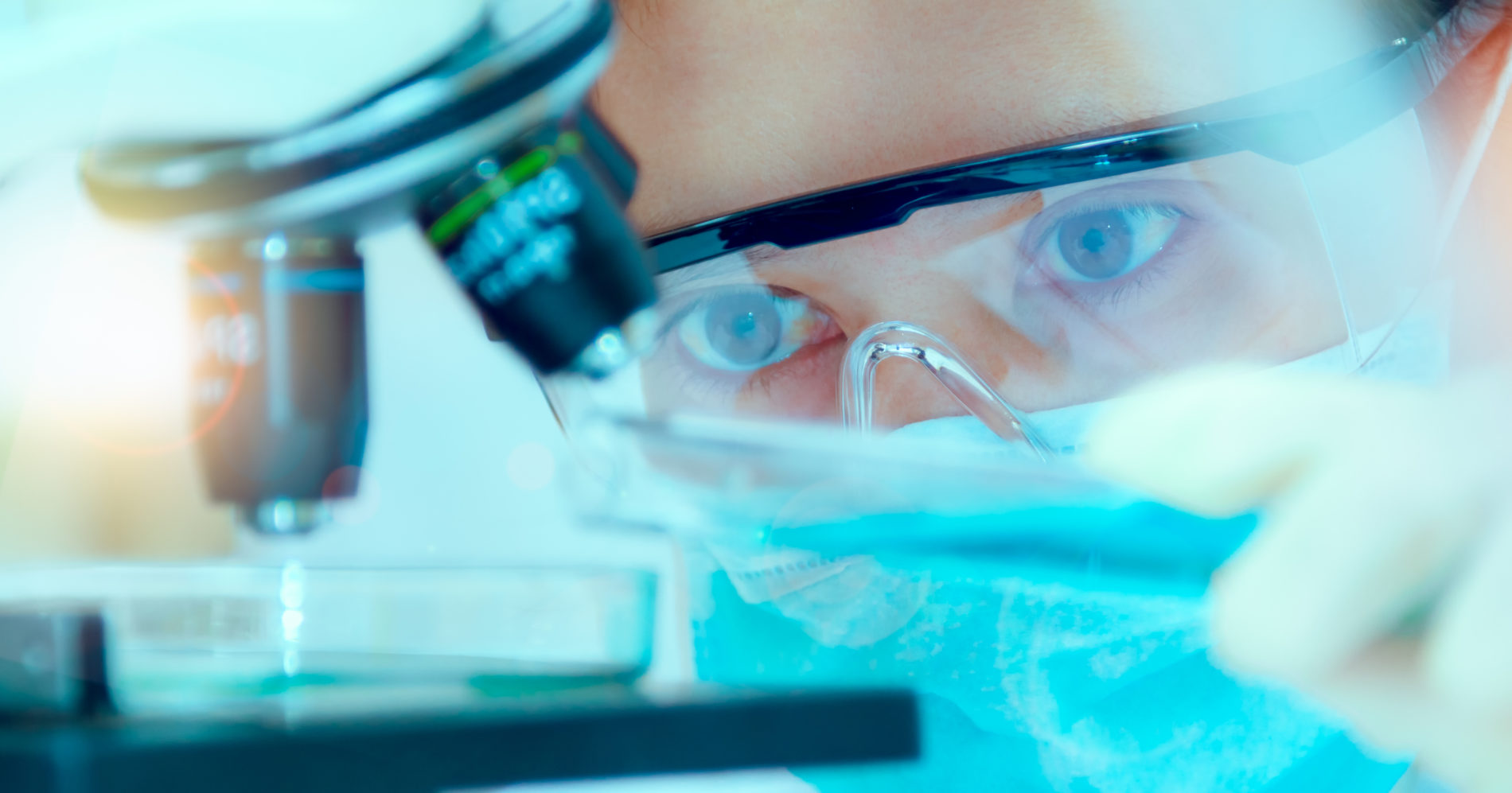 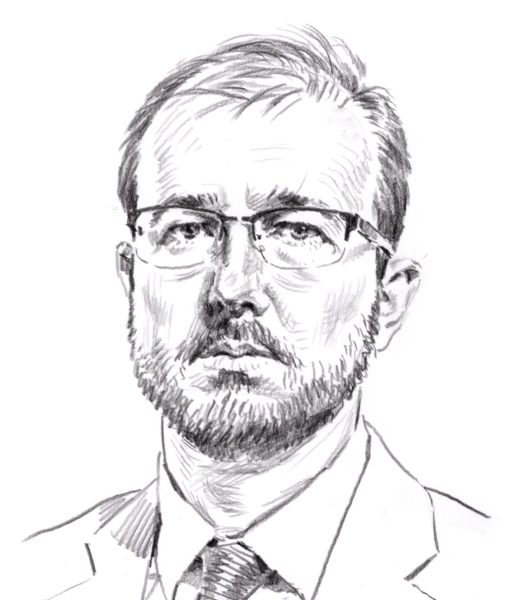 Secretary of State at the Ministry of Science and Higher Education, PhD in political sciences, a graduate of the Jagiellonian University and the Hamburg Institute of International Relations, co-founder of the Tertio Millennio Institute, author of books on political doctrines and entrepreneurship strategies.

“Investing in research and innovation is becoming an important element of development strategies for Polish entrepreneurs,” says Piotr DARDZIŃSKI

Although most of the Poles abandoned the stereotype, popular in the early 1990s, that a businessman equals a parvenu, and went on to appreciate the importance of not only large but also small and medium-sized enterprises, the scientific community still keeps its distance towards SMEs. At the same time, we all realise that nowadays it is impossible to build a strong economy and prosperity without relying on science. It is furthermore increasingly clear that breakthrough research projects cannot be implemented without cooperation with businesses for which these projects are actually developed.

I argue that science – if it is to be ambitious – needs the economy.

That is why science is doomed to business. This inseparable relationship is one of the best ways to achieve success for both sides. I am glad that despite the commonplace, and in my opinion false, thesis about two worlds and two languages spoken by scientists and entrepreneurs, there are more and more examples of people, institutions and milieus that effectively conduct research, combining science and economy. This is possible also because the landscape of innovation is dynamically changing in Poland.

When we worked intensively on the White Book of Innovation in 2016, consultations with entrepreneurs, investors and scientists led to legislative proposals that were included in the so-called first law on innovation prepared in cooperation with the Ministry of Enterprise and Technology (then the Ministry of Development) and the Ministry of Finance. The most important of these was raising tax credit for research and development from 30 to 50 percent, which entered into force on 1 January 2017.

The solution was worth fast-tracking, as according to data from tax offices, 528 PIT and CIT taxpayers benefited from the R&D tax exemption in 2016, while a year later the figure almost doubled to 1,090. The amount of expenses reported in 2017 increased to PLN 1.91 billion from PLN 1.2 billion in 2016, and the total deductions amounted to PLN 584 million, or three times more than in the previous year. The announcement that the discounts would be raised to 100 percent, and for businesses having the status of research and development centres – up to 150 percent, following the entering into force of the second law on innovation, was perhaps an additional incentive to take advantage of the relief scheme.

The rapid passing of two bills of law supporting R&D activities has positively influenced the entrepreneurs’ sentiment. According to a KPMG report of July 2018, in the 2017 fiscal year, 14 percent of companies conducting R&D benefited from the discount (which in fact prompted over one-third of them to start R&D), 31 percent intend to use it in their tax return for 2018, and 64 percent plan to increase R&D spending in the next three years. The R&D expenditure in the enterprise sector grows faster than globally. For example, in the years 2014-2016, the figure was 56 percent, as compared to 11 percent in global terms. Investment in research and innovation is no longer something episodic for Polish enterprises but is becoming an important element of their development strategies.

It is gratifying to see the growing interest of Polish companies in EU’s Horizon 2020. Notably, 346 projects for a total of EUR 89.9 million carried out by domestic enterprises have been financed under this programme. But perhaps most importantly, Polish enterprises no longer give in to the traditional beneficiaries of framework programmes, i.e. universities and institutes, in terms of the number of projects co-financed under Horizon 2020. Polish companies, including SMEs, are not afraid of coordinating financially complex projects. A remarkable example is SDS Optic from Lublin, which obtained a subsidy of EUR 4 million.

Democratisation of access to R&D funding is under way. Some changes in the programmes implemented by the National Centre for Research and Development, an agency supervised by the Minister of Science and Higher Education, resulted in opening the door of what used to be an exclusive club and widening the scope of entrepreneurs who can seek public funding for research and development. Today, everyone is eligible, and not only those who have large capitals. Entrepreneurs prefer the Fast Track. It is a programme democratising access to innovations, available to all entrepreneurs – start-ups, SMEs, corporations – regardless of their legal form and how long they operate on the market. Thanks to minimal formalities, entrepreneurs handle the preparation of applications much better. In this year’s edition of the Fast Track, over 500 innovative projects competed for grants, the vast majority (as many as 399 applications for a total of close to PLN 2.5 billion) being those submitted by SMEs. By the end of 2018, almost PLN 1.5 billion will have gone to entrepreneurs using the Fast Track.

The implementation of ambitious projects requires well-educated and prepared staff. 1 October 2018 marked the entry into force of the Constitution for Science, a thorough reform of Polish universities. In responding to entrepreneurs’ demands, it extends obligatory student internships from 3 to 6 months and paves the way to shaping the curricula in cooperation with entrepreneurs. The cooperation with industries, namely within the framework of the so-called third mission of universities, will also be a factor impacting scientific units.

The industrial PhD programme, launched two years ago, is particularly important for the development of human resources in the fields of science and economy.

It makes it possible for young scientists to be hired and fairly paid by companies to conduct research, under direction of their university supervisors, into the issues of importance to their corporate employers. In the first edition, we underestimated the potential of Polish entrepreneurs, planning to recruit only 60 PhD students, while in fact there were over 380 candidates. This year’s edition, still open, has already seen over 650 entries for 500 places available. Most importantly and surprisingly, most of them work in small and medium-sized enterprises.

There is still a lot to be done in Poland, especially when it comes to levels of R&D expenditure. However, it can already be seen that the well-planned cooperation between scientists and entrepreneurs meet with a strong interest from both sides, because it pays off not only to them but also to us all. Science is doomed to business.

This content is protected by copyright. Any further distribution without the authors permission is forbidden. 06/12/2018
Fot. Shuttestock
Sciences Poland