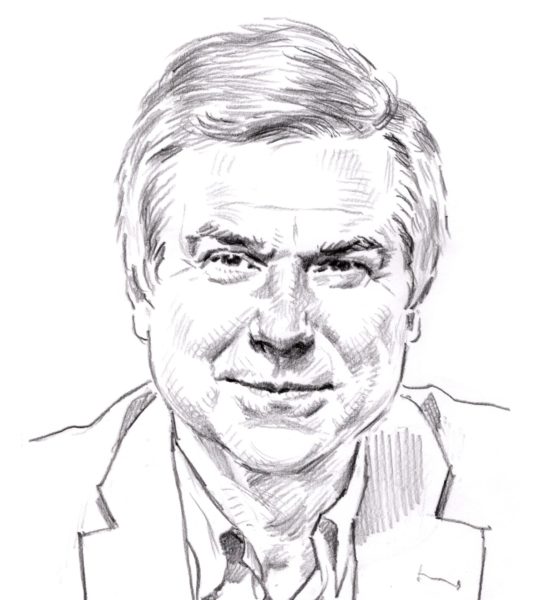 There is no doubt that certain widely used technologies have developed and grown on an exponential scale. In particular, this includes smartphones, communications systems, data collection and processing, social media, photovoltaic cells, and energy storage. Further down the list there are technologies such as self-driving cars, drones and smart cities. Does this mean that we are absolutely fated to succeed? Would it be enough to somehow “decree” our use of innovation, introduce language encouraging innovative attitudes in the public space, launch the right number of Venture Capital funds, encourage start-ups, and the brave new world of Industry 4.0 will come of its own accord? And will this happen for us Poles especially because we strive for economic success, and after the ordeal of the last 200+ years we deserve our golden age?

This result is not certain, and is even unlikely in particular if we treat this process as determined or predestined. What is indeed unstoppable is the mass consumption of technologies based on data flow and of their carriers. This is all the more unstoppable as these are offered with lower and lower prices, if not for free, such as social media accounts. The consumption of new technologies itself, although this may bear the signs of modernity, doesn’t necessarily translate into a successful economy.

Poland will make use of its opportunity only if investments in start-ups and research and development programs will be planned in a way that in case of their success, they might be commercially viable, and not merely sit on the other side of a wall, separating innovation from the market.

The ideal situation is one in which the demand for capital measured by capital expenditures (CAPEX) is relatively small, where the market grows exponentially, and operating costs (OPEX) operate on a linear scale. This situation is possible in particular in industries such as FinTech, data analytics, and artificial intelligence (AI). The latter is especially attractive and could determine Poland’s success in building a new industry. Artificial intelligence can be developed and implemented autonomously. However, in the case of AI, the market is divided unequally among its participants. The most widely adopted search engine, Google, has a market on a different scale than the number 2 search engine, and the same is the case with social networking sites, like Uber and other new technology companies. There are relatively few champions on a global scale, and the worst situation is had by those in second place, whose costs add up to very large amounts, and who are constantly pushed away from the market by the mighty first place companies. Becoming number 1 is possible, but predominantly in new areas and not through imitation of today’s undisputed leaders – Google, Facebook, Booking.com, and Uber. In the Polish situation, in a country of less than 40 million people with a relatively shallow internal market, the greatest opportunity is in coupling new technologies with traditional industrial sectors.

One of the conditions of artificial intelligence is that we can entrust it with an autonomous solution to the problem if in a similar situation it would take a person no longer than a fraction of a second to make a decision. This could be e.g. driving a car (a driver’s reaction time for unexpected traffic situations is just a fraction of a second) or simultaneous interpretation.

The strength of artificial intelligence is its ability to simultaneously analyze a large amount of data and its machine learning capability, in which it modifies its own decision-making algorithms without human interference. This makes the technology particularly interesting as a tool of modernizing industry in areas where traditional methods of improving technological processes, increasing efficiency, and reducing energy consumption and emissions of harmful substances to the environment have been exhausted. These areas include energy, process engineering, communication, and advanced scientific research. Thanks to new technologies, it may turn out that exploited equipment approaching the end of its technical usefulness can get a “second life”, meeting BAT (Best Available Technologies in the given field) benchmarks and the technological requirements for cooperating with the changing industrial and energy environment.

A spectacular example of the use of artificial intelligence is its use in research programs requiring multiple iterations of a very large number of input parameters. This includes current projects aimed at controlling thermonuclear fusion technology as a future source of relatively cheap and safe energy. From the mid-twentieth century on, it was assumed that in the next 50 years thermonuclear energy would be mastered, and thus defining an almost new state of the industry. This relates to the thermonuclear reactor currently being built in Provencal Cadarache by the international ITER IO organization – ITER Tokamak. Completion of the construction of the ITER Tokamak, which is only an experimental reactor, conducting experiments, drawing conclusions, designing and building the subsequent DEMO reactor, which is to be a prototype power plant, is currently estimated to take place within the already mentioned 50-year scale. The construction and research costs of the ITER reactor are estimated at 20 billion euros.

In recent years, several American companies and institutions (including Google, Lockheed Martin, MIT) have announced that at most it will take a few years to master thermonuclear reactions in experimental installations with machine learning. Experiments are not carried out in huge Tokamaks with rigid structural parameters, but in reactors that are capable of quickly remodeling, and maintaining a plasma in traps created by, for example, laser assemblies. The use of artificial intelligence has made it possible to radically shorten the time of subsequent iterations of experimental research and reach final results in a shorter time than in traditionally designed experiments such as ITER.

For artificial intelligence to become a driving force for growth, it must be combined with processes that have either slowed down the development of technology because of the prolonged time that each iteration aiming at approximations to optimal solutions has taken (as is the case of thermonuclear reactors developed from the middle of the 20th century based on the concept of using magnetic plasma traps, including ITER), or have reached the limits of efficiency and with the control systems currently in use appear to be unpromising and should be withdrawn from use. In Poland, an example of the latter may be coal-fired power plants that form the basis of the Polish energy system.

Many of the coal units had been built in the 1960s and 70s on the assumption that they will work within the basis of the energy system, with a stable load and meeting the environmental standards and thermodynamic efficiency requirements effective at that time. Nowadays, those plants are deprecated and in the next few years must be either upgraded to BAT standards or else be disassembled and removed from the energy system. With basically contradictory requirements for increasing the flexibility of this unity, improving their thermodynamic efficiency and emissions reduction, it is impossible to achieve an effect that would allow their further operation without introducing new control technologies, making use of the full stream of generated data online and introducing elements of machine learning.

The National Centre for Research and Development, in cooperation with the energy industry and scientists of many stripes, attempted to solve the problem of the further operation of a large number of coal-fired power plants in Poland by launching the “Units 200+” pre-commercial research program. In case of success of this program, carried out in a manner analogous to the research programs of such US agencies as DARPA or DOE, there is a real chance of extending the operation of approximately 25% of Polish coal-fired power plants by at least a decade. The NCRD’s program, and most especially the use of a new approach to solving research problems, based on an offer targeted to various environments that ensures a market share for winners, allows for a synergy of traditional industrial areas with new technologies and the real transformation of the industry without losing its production capacity.

The transformation of the Polish economy into the so-called Industry 4.0 will not spontaneously happen by solely saturating public, private and industrial space with new technologies bought at falling prices.

The winners will be those who are able to couple their competences with new technologies, especially those meeting the above-mentioned condition of an exponentially scaling market. Of course, this requires courage and the ability to make decisions, in particular concerning introducing processes based on artificial intelligence, incremental innovation, in which existing technologies are upgraded, or new materials to today’s technological lines of production, disturbing them and strongly modifying them. The legal environment has to keep up in order to support these processes.

But success, especially in the case of large industries, will depend on the will and courage of decision-makers, that is, management boards, supervisory boards and owners, especially those representing the public sector. They must recognize the opportunities that come with new technologies and be open to new environments representing different technological knowledge, organizational culture, and operational dynamics.

.They must also not be afraid of cooperation with those who, equipped with modern tools, propose moving away from today’s paradigms of action.

This content is protected by copyright. Any further distribution without the authors permission is forbidden. 17/12/2018
AI Consumption innovations intelligence Self-drovong cars