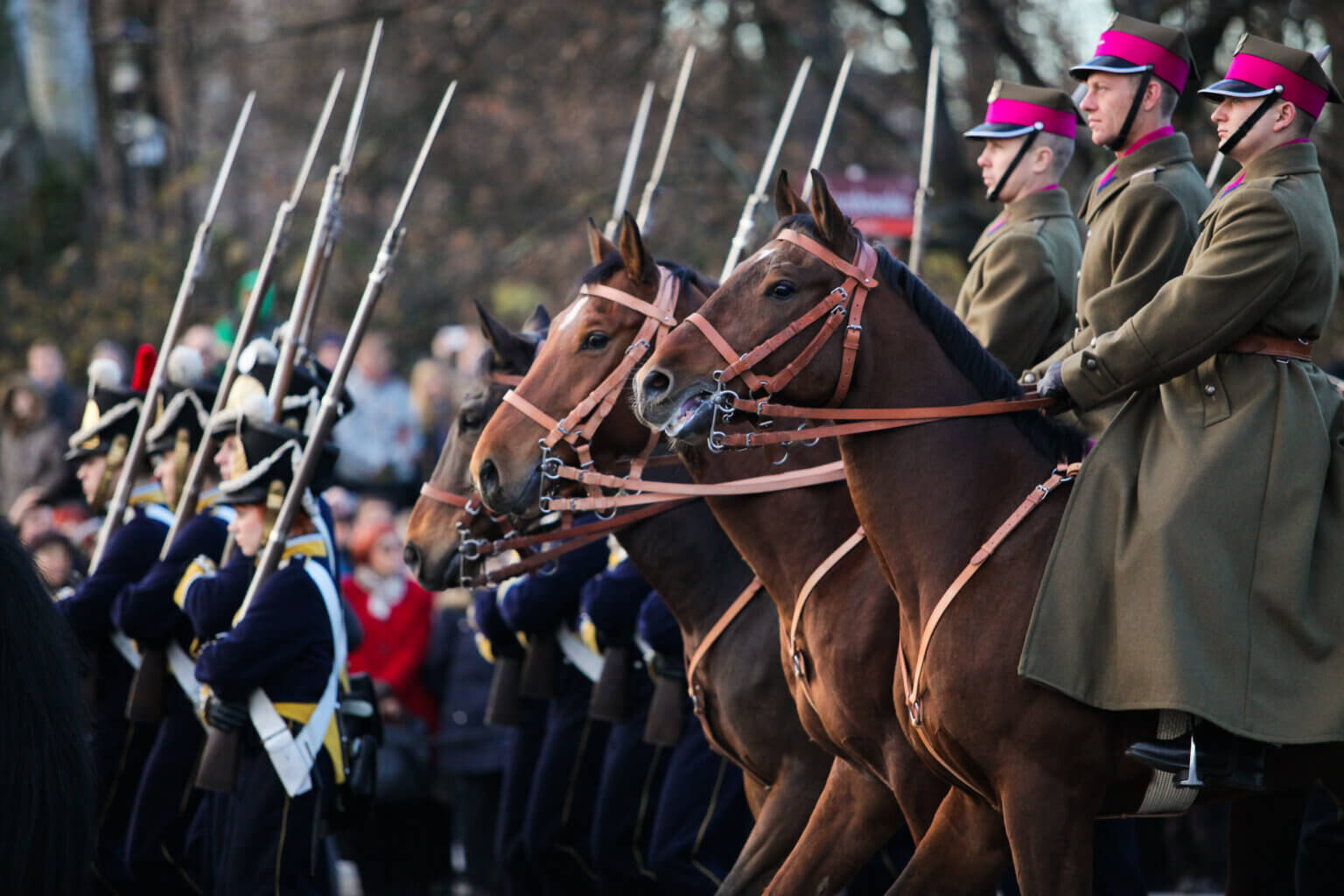 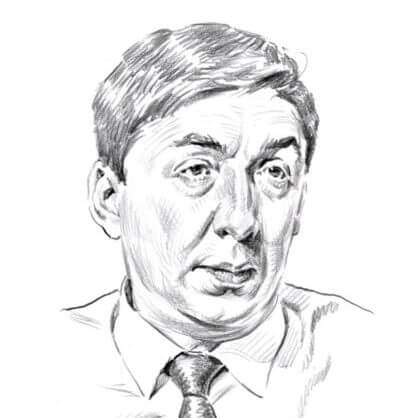 The political system of a country cannot be constituted from outside its borders. It must evolve in the country itself, stemming from the original ideas developed by local political elites – writes prof. Marek KORNAT.

.“All power in civil society should be derived from the will of the people. Its end and object being the preservation and integrity of the State, the civil liberty, and the good order of society, on an equal scale, and on a lasting foundation, three distinct powers shall compose the government of the Polish nation, according to the present constitution; viz. legislative power in the States assembled, executive power of the King and the Council of Inspection, judicial power in Jurisdictions existing, or to be established” – read the Polish Constitution of the 3 May 1791. Thus, it introduced a few fundamental ideas whose consequences for the public order were revolutionary. First, the power exercised by rulers is granted by the ruled. Second, the state should ensure a balance between the values of civic freedom and social order. Third, the document clearly introduces the principle of the separation of powers. The Constitution of 3 May is a resounding expression of the Polish experience of freedom. Importantly, it was the first constitutional act in Europe, even though the fact tends to be forgotten on the continent.

The historic moment of adopting the Polish constitution coincides with the passing of other grand acts codifying the political structure. These are, of course, the great constitution of the young American republic of 17 September 1787 and the French constitution of 3 September 1789. What did they have in common and what set them apart? Can one talk about mutual inspirations?

The Polish experience of freedom was truly exceptional, differing from both the French and the American. The sentiment is expressed in the preamble to the Constitution of 3 May: “(…) Persuaded that our common fate depends entirely upon the establishing and rendering perfect a national constitution; convinced by a long train of experience of many defects in our government (…)”. Whilst in the United States the point was to build a new order from scratch with no previous experiences, as the new republic was being fashioned from liberated British colonies, the Polish-Lithuanian Commonwealth undertook the great task of limiting and reforming its constitutional principles defined by cardinal laws such as unanimity voting, free election of kings or the right to form confederations to oppose the government when needed. Contrasts also come to the fore when the Polish experience of freedom is compared to the French.

The preamble to the Declaration of the Rights of Man of 28 August 1789, which became incorporated to the constitution adopted a few days later by the National Assembly, reads: “The representatives of the French people, organized as a National Assembly, believing that the ignorance, neglect, or contempt of the rights of man are the sole cause of public calamities and of the corruption of governments, have determined to set forth in a solemn declaration the natural, unalienable, and sacred rights of man, in order that this declaration, being constantly before all the members of the Social body, shall remind them continually of their rights and duties; in order that the acts of the legislative power, as well as those of the executive power, may be compared at any moment with the objects and purposes of all political institutions and may thus be more respected, and, lastly, in order that the grievances of the citizens, based hereafter upon simple and incontestable principles, shall tend to the maintenance of the constitution and redound to the happiness of all.”

It is hard to compare the three constitutions: the American, the Polish and the French. I think that, to a historian, the Polish constitution seems the most conservative. One reason is that it maintained the existing estates, mentioning the nobility, townsmen and peasants. The Polish reformers could not go any further. But they did grant parliamentary representation to townsmen. They also extended “government protection” over peasants. This was a lot in a country where, from the 16th century, the political system was based on the domination of the nobility that accounted for as much as 10% of the population, the largest share in all the countries of Europe.

Stanisław August, the Polish king, a man of the Enlightenment and the main initiator of the constitution, was undoubtedly inspired by England even though the country did not have a constitution written down as a single act. However, it must be underlined that the constitution adopted during the historic session of the Sejm in Warsaw invested the king with much more power than in the British system. At that time, that is in the late 18th century, the presidential system was a isolated experiment. The Americans introduced it in their young republic successfully, but no such concepts were known in the Europe of that time. Neither were European solutions inspired by the American model.

It is worth stressing that all the three constitutions share a few fundamental principles. These are: primacy of the nation, representation (of the ruled by the ruling), separation of powers and parliamentary accountability of ministers. Courts were separated from government as the third power.

In Poland, attempts were made to define the limits of royal power as strictly as possible. France set up a single-chamber parliament (the Legislative Assembly) and the king, although left on the throne, was deprived of all prerogatives except the function of the commander-in-chief and the right to use royal pardon.

The idea that members of parliament represent the entire nation was expressed most clearly in the first French constitution, but it also featured in the Polish one. What the French and Polish constitutions also share is the belief in the need for the pouvoir constituant whereby changes to the Constitution require a separate mandate from the nation. The Constitution of 3 May enshrined this belief in the provision stipulating that an extraordinary Sejm be called to revise the document 25 years after it came into force.

How to describe the Polish system established in the Republic by the Government Act of 3 May 1791? In my opinion, it was a moderate monarchy which was endowed with “ordered freedom” as the Poles of the late 18th century would say.

“You have set a great example for the world and it was followed. See the Nation that has been a friend of France for centuries unfurl the banner of freedom and celebrate it unhindered, with no bloodshed, in the midst of pure joy of all social classes. Poland owes this happy and peaceful revolution to you; no sooner were your holy principles proclaimed in France, than they resounded in the forests of Lithuania and my Homeland, enlightened with your decrees and strong with your experience, was honoured with the title, not knowing the childhood of freedom. Thus, by putting the final touch to your happiness, you have started ours so that, from now on, the reborn Sarmatians will not utter the words French Nation otherwise than with a note of gratitude,” wrote the Polish king Stanisław August to the French National Assembly when he learnt that it adopted the constitution of 3 September 1791. Writing so, the Polish monarch extolled the peaceful nature of the sea change that had taken place in Poland. It is worth highlighting this significant fact.

The Polish monarchy was reformed through the process whereby the ruling estate (the nobility) gave up some of its privileges voluntarily and without bloodshed. There is no other event like that in history.

Edmund Burke congratulated Stanisław August on the magnificent work of putting an end to anarchy accomplished without bloodshed. The constitutional coup in Poland on the 3rd of May was perceived as the “Polish revolution”. Karl Marx believed the Polish constitution to be a seminal political accomplishment of international impact. “With all its shortcomings,” he wrote “the constitution appeared against the background of Russo-Prusso-Austrian barbarity as the only work of freedom which Central Europe has ever produced of its own accord. Moreover, it was created by a privileged class, the nobility”.

Not everyone found the act praiseworthy, though. History remembers the comment made by Catherine II about the reforms undertaken by the Polish Sejm: “the Polish surpassed all the follies of Parish revolutionaries”. Vilifying Poland as a revolutionary nation was supposed to pave the way for the partitions. Due to Russia’s military intervention, Polish constitutional monarchy lasted for only one year until June 1792. And so the two first European constitutions proved to be short-lived. The Polish constitution was crushed by foreign violence. The French one ceased to apply when the revolution started picking up steam. King Louis XVI was arrested, the Republic was instituted and the new France was defined by terror and violence.

Hence, we have three constitutional experiences: the American, the Polish and the French, chronologically speaking. The founders of the American republic created a new order, providing for freedom in a strong state. As it was, the state was still fledgling and their homeland’s past was a virtual tabula rasa. The French wanted to seize freedom by abolishing absolutism. The Poles would do the opposite – they curbed the privileges of the ruling estate to create a strong government and turn the king into the head of the executive. This is why Stanisław August said that “our act of 3 May is precisely on the opposite end of the French government.”

Two hundred and thirty years after the adoption of the first European constitution, the Polish Government Act survives as the memory of the audacious thought of Polish political elites. It is certainly impressive that they knew how to draw on foreign models, borrowing from the European Enlightenment, while preserving their own rich, libertarian, civic and republican traditions. Polish patriots were guided by the specifically Polish ideal of “ordered freedom”. It was encapsulated by a simple idea: neither absolutism nor anarchy. The idea rings true.

Freedom is undoubtedly a great value, but it is not the only one among those that shape the political order. It needs to comply with the existing laws and must not create disorder. This is how we should understand the Polish lesson of history from 230 years ago.

However, as we look back on that historic chapter written by the Polish Government Act, it is impossible to forget that, in the nation’s collective psyche, it is inseparable from the memory of a foreign intervention backed by some of the country’s political elites. Those who asked for Russian help proclaimed themselves to be defenders of liberty, denouncing the system instituted in Poland by the act of 3 May 1791 as a form of tyranny. The events stand out as one of history’s warnings to which later generations, including the present one, would keep coming back. The political system of a country cannot be constituted from outside its borders. It must evolve in the country itself, stemming from the original ideas developed by local political elites.

.To this day, some Polish historians claim that the Constitution of 3 May 1791 was but the last will and testament of the dying homeland. After all, it provoked the reaction from the absolutist Powers that sentenced Poland to death. The answer to this must be that if the Polish-Lithuanian state was to be annihilated – as seemed bound to happen one way or another, sooner or later – than the political elites did well to leave such a testament. It inspired the imagination of future generations and has shaped the libertarian identity of the nation until the present day.

This content is protected by copyright. Any further distribution without the authors permission is forbidden. 03/05/2021
Fot. Mariusz Cieszewski / MSZ
3 maja Konstytucja 3 maja