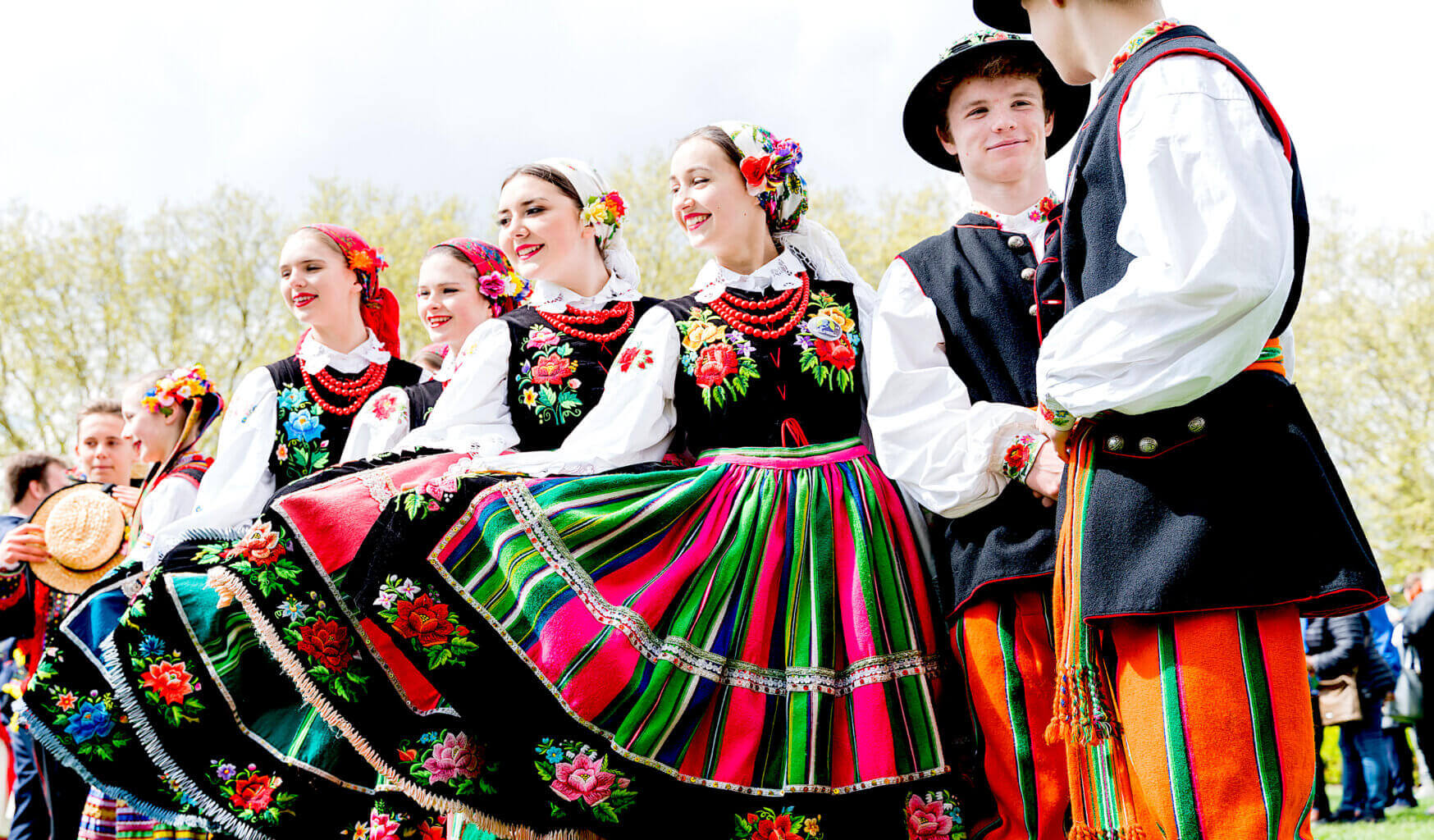 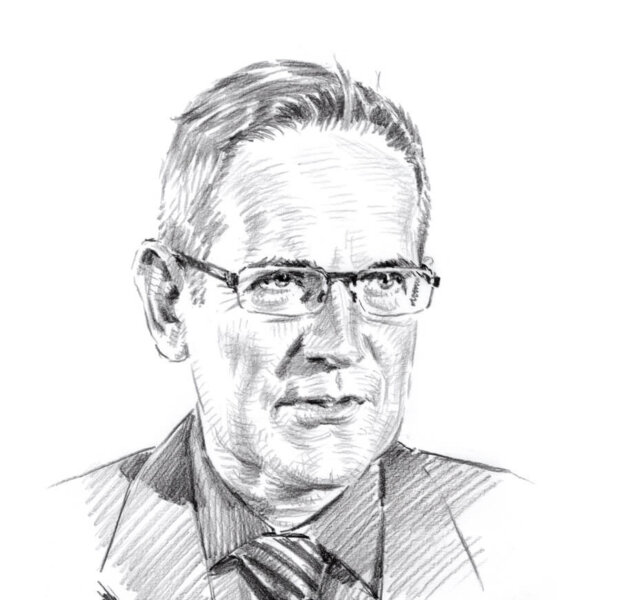 For all that we may be surprised when even well-versed music lovers in (say) London, Paris or New York remain entirely unaware of Moniuszko, this is not a uniquely Polish problem. Few countries are better at promoting their music than Poland – writes John ALLISON

.In 1872, the year of Stanisław Moniuszko’s death, Napoleon Orda set off on his decade-long odyssey to document the historical landmarks and views throughout all the lands that had made up the partitioned Polish-Lithuanian Commonwealth. Orda was not only a superb artist; during his years of exile in Paris he had rubbed shoulders with Chopin and Liszt, composed his own music and even headed the Théâtre Italien, so his highly developed musical sensibility made it perhaps inevitable that when he got near Minsk he would visit the birthplace of Poland’s greatest 19th-century opera composer. Published in the third of the eight albums under the collective title Album widoków historycznych Polski (‘Album of Polish Historical Landscapes’), his view of the Moniuszko house at Ubiel in the province of Minsk is one of the most evocative images: in a series largely devoted to ruined castles, grand palaces and imposing churches, a country dwór immediately conjures up the simple charms associated with the music of Moniuszko’s multi-volume Śpiewnik domowy (‘Home Songbook’). This and another Orda sketch made at Ubiel are the only surviving images of Moniuszko’s birthplace, destroyed during World War II.

.Moniuszko was born (in 1819) in what is present-day Belarus and spent the first phase of his career in present-day Lithuania, so it’s hardly surprising that these nations feel some claim on him too. It’s not only Moniuszko’s former house in Warsaw that is currently occupied by a coffee shop; a coffee chain has also taken over the building in Minsk that, as a plaque outside reminds us, was the Moniuszko family home of the early 1830s. The Theatre Museum in Minsk has a fine section devoted to Moniuszko opera productions, and the city recently put up a statue showing him sharing a bench with the Belarusian writer and social activist Vintsent Dunin-Martinskyevich, with whom he collaborated on what is generally considered to be the first Belarusian opera, Sielanka. But that lost opera apart, he composed entirely in Polish (or Latin, in some liturgical works). Alongside other great Poles born beyond the country’s modern borders, from Adam Mickiewicz to Czesław Miłosz and Ignacy Jan Paderewski to Karol Szymanowski (also indeed Orda himself), Moniuszko transcends modern political boundaries and belongs to everyone, but above all to Poland.

He unquestionably deserves the title ‘Father of Polish opera’, even if such a tag — applied in much the same way as Smetana, Erkel and Glinka have been labelled in their respective countries — needs to be viewed with some latitude. None of these composers actually pioneered their native operatic traditions, but they did more than any others to establish them. Apart from The Bartered Bride, which sealed the Czech composer’s worldwide popularity early on, these composers’ operas have largely remained well-kept secrets in their native lands. To anyone under the spell of Moniuszko’s music, the fact that he remains so little known beyond Central and Eastern Europe is immensely frustrating, yet a glance at the wider picture adds perspective. Some might say that the ‘national’ — perhaps even nationalistic — plots of certain of these composers’ operas may be a barrier to wider acceptance, and that they present linguistic challenges too; but such things are surely less of an issue today, when many Russian and Czech operas, especially, are established in the repertoire.

.The narrowness of the international operatic canon makes it hardly surprising that Polish opera has made little headway around the world (Szymanowski’s Król Roger being a possible and recent exception). It may be dangerous to generalize, since every country has its own canon, but worldwide the ‘top five’ list of operas (La traviata, Die Zauberflöte, Carmen, Le nozze di Figaro and La Bohème) remains firmly immovable from one decade to the next. If not actually killing music, most canons reinforce the museum-culture aspect of the international operatic world, doing damage especially to modern works, older pieces and those written around the geographical fringes of the Austro-German, Italian and French traditions. Will any of this change in the wake of the pandemic, which has forced opera houses to reconsider how — and what — they present? Will future canons embrace more inquisitive minds?

For all that we may be surprised when even well-versed music lovers in (say) London, Paris or New York remain entirely unaware of Moniuszko, this is not a uniquely Polish problem. Few countries are better at promoting their music than Poland, and it may be tempting to think that a few high-profile recordings — made with international stars and released on major labels — would help to change wider perceptions, but past experience suggests otherwise. Some might have reasonably expected opera companies to take up the cause of Antônio Carlos Gomes, the Brazilian composer who as a contemporary of Verdi and Puccini had enjoyed success at La Scala, when Plácido Domingo recorded his Il Guarany about a quarter of a century ago, but Gomes still languishes in obscurity so far as the majority of opera-goers are concerned. Domingo has also played his part in promoting zarzuela, the uniquely Spanish genre that remains an integral part of that country’s cultural life. But zarzuela appears destined never to travel, for all that Spain is one of the most visited countries on earth and despite the wide currency of its language, and very few major international opera houses outside Iberia have ever shown an interest in a genre that is undeniably rich in wonderful pieces. Equally, then, it is probably realistic to accept that Moniuszko will remain largely a well-kept and beautiful secret.

But what a rewarding discovery Moniuszko is for those who do immerse themselves in his music. Whether as Poles growing up with his works or non-Poles such as myself falling under his spell, most people will arrive at their awareness of Moniuszko via his two best-known and surely greatest operas, Halka and Straszny dwór (‘The Haunted Manor’). These are the most immediately appealing of his works, with the best tunes, exhilarating dance numbers and a certain folkloric appeal. That said, Halka — Moniuszko’s remarkable breakthrough opera — is a paradox, a national symbol but not a nationalist opera in any sense, since although it has the sort of mountain setting guaranteed to tap deep into Polish consciousness, its plot is more universal and typical of the 19th-century’s wider interest in the Giselle archetype. Nevertheless, the nationalist tag persists, one reason for it remaining relatively unknown outside Poland (a recent production at the Theater an der Wien was first in Vienna in 55 years). By contrast, it may be the very Polishness of Straszny dwór that has prevented this work — Poland’s ‘national opera’ and possibly Moniuszko’s magnum opus — from travelling better. A nostalgic summoning up of an old Poland that must have seemed lost by the time of its 1865 premiere, which came in the wake of that failed but bloody 18-month insurrection against the Russians known as the January Uprising, the work has layers of meaning that may never be obvious to foreigners.

.The works traditionally ranked a little below this pair are powerful in their way and full of interest — an interest that has become much more apparent under the spotlight of the Chopin and his Europe festival’s meticulously prepared performances and recordings on period instruments. Until the festival’s revelatory August 2020 concert of Hrabina (‘The Countess’) it had not been easy to fully appreciate all this opera’s special qualities, and the performance remains of my few happy musical memories from a year of disruption. As befits a work perhaps more attuned to French rather than bel canto influences, Hrabina makes up for anything it lacks in long, haunting melodies with a wealth of fascinating detail. Its ballet divertissements are a reminder of how dance is an important element in Moniuszko. Hrabina shares with Halka a librettist in Włodzimierz Wolski, and though they are very different — one a comedy, the other a tragedy — they do have an element of social criticism in common. Paria, which is due to feature on the 2021 Chopin and his Europe programme, is an especially interesting case, and long neglected despite being Moniuszko’s last opera. Not quite conforming either to the picture we have now of Moniuszko as the ‘Father of Polish opera’ or the nationalistic expectations of earlier public taste, it is the only one of Moniuszko’s mature works to have a non-Polish setting and as such may have lacked the stirring patriotic message audiences in  in partitioned Poland were seeking. Yet there is a powerful and modern-looking universality underneath the work’s surface hokum — the story, which suggests a cross between Les Pêcheurs de perles and Aida, is based on the same Casimir Delavigne source that had already found an operatic outlet in Donizetti’s Il paria.

Not always fitting neatly into theatre programmes, Moniuszko’s one-act operas get easily overlooked. They include Verbum nobile and Flis (‘The Raftsman’), the second of which is perhaps the only opera to feature ‘a hairdresser from Warsaw’ as one of its characters. The bucolic action is set on the banks of the Wisła, and while it perhaps helps to understand how deeply Poland’s great river is ingrained in the nation’s psyche, the lack of first-hand geographical knowledge has never been an obstruction to the appreciation of music. Flis contains music of such beauty that it deserves to be heard.

Moniuszko was not only an opera composer, and wrote around 300 songs. Some are modest, gathered together in those ‘Home Songbook’ volumes, others are magnificent and deserve a place in the international Lied repertoire. Once heard, such songs as ‘Prząśniczka’, ‘Znaszli ten kraj’ (aka Goethe’s ‘Kennst du das Land’) and ‘Kozak’ are never forgotten. It’s been my privilege to serve as a juror on the International Stanisław Moniuszko Vocal Competition, and I always keenly anticipate the opportunity of hearing so many Moniuszko songs. They embrace texts ranging from the somewhat younger poet Adam Asnyk, who lived until the end of the 19th century and could be said to have anticipated the currents of the Young Poland movement, all the way back to Jan Kochanowski, the great Renaissance poet of the late 16th century. Occupying an important place are Moniuszko’s settings of four the Treny (‘Laments’) by Kochanowski, a response to the death of the composer’s firstborn son Kazimierz drawing on the famous texts in which Kochanowski was memorializing his daughter Orszula. Above all, Moniuszko set a significant number of poems by Mickiewicz, his favourite author.

.No portrait of Moniuszko would be complete without mention of his piano pieces, the two string quartets and the small number of orchestral works. He wrote a quantity of sacred music, among which the Litanie Ostrobramskie is the masterpiece — another of my personal Moniuszko highlights has been hearing these Litanies in Vilnius, the city of the Ostra Brama shrine, performed in the church (St John’s) of which Moniuszko had once been organist. Among his secular choral works, there are also substantial Mickiewicz settings, including Widma (‘Phantoms’), drawn from Part 2 of the playwright’s Dziady (‘Forefathers’ Eve’), and the Sonety krymskie (‘Crimean Sonnets’). These haunting settings of a selection from Mickiewicz’s celebrated Crimean verses remain rarely heard, and I don’t ever expect to encounter them anywhere outside Poland, but they reflect an aspect of Moniuszko’s rich and still undervalued output that is at once of both local and universal significance.

This content is protected by copyright. Any further distribution without the authors permission is forbidden. 31/01/2021
culture Moniuszko Music polish classical mussic polish opera