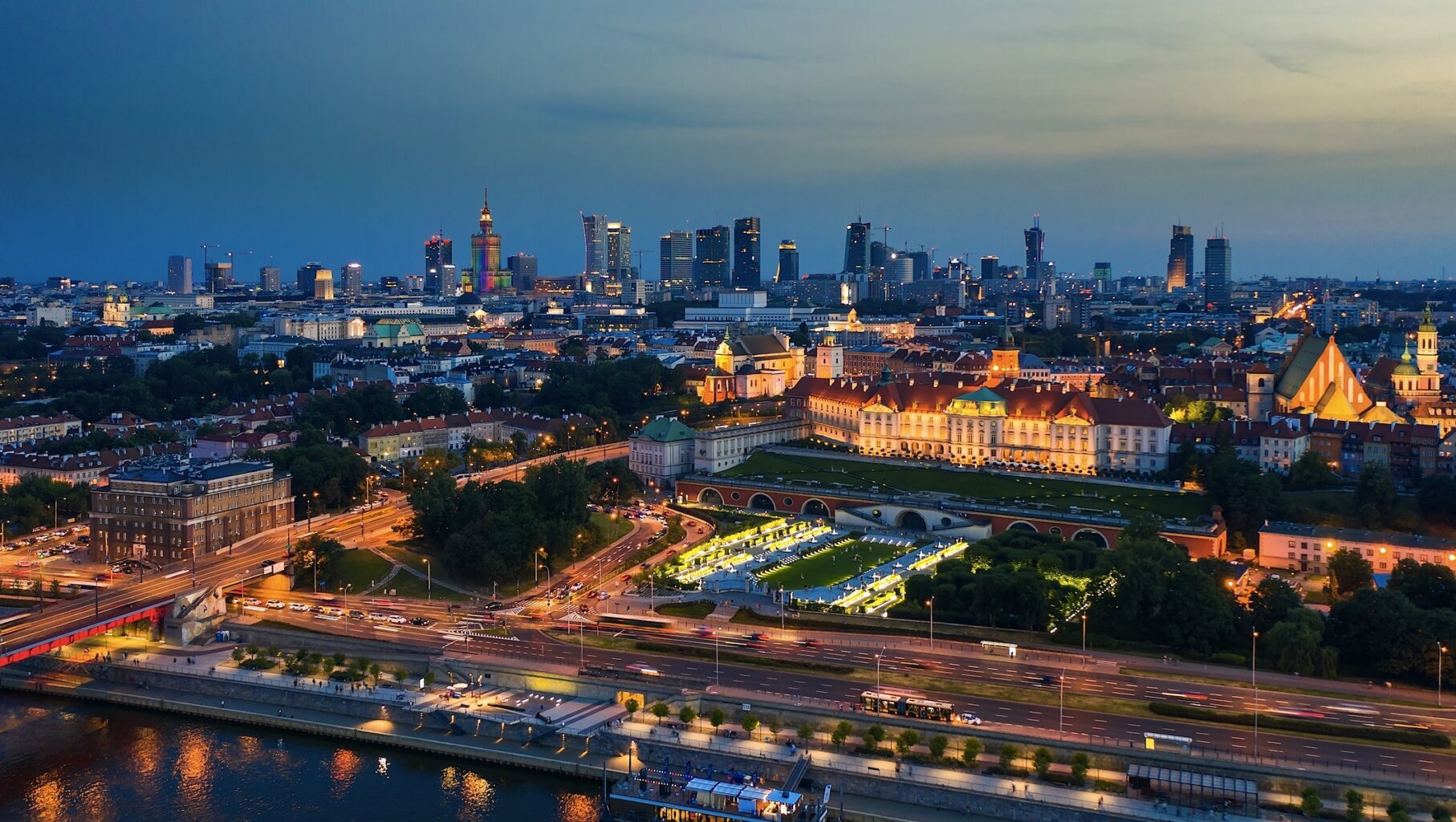 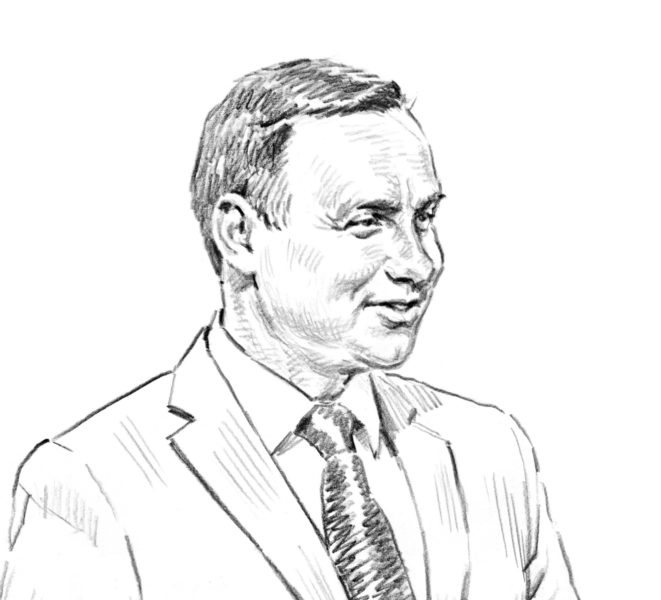 Once again, are we looking at the world from the perspective of Davos. We need these debates. Davos remains a truly “Magic Mountain” from whose summit a panoramic view stretches over the landscape of the global economy, politics and the entire civilization. Here we jointly try to read the signs of the times, recognize the challenges and catch the glimpse of the upcoming future.

It is precisely this perspective which I would like to use to draw your attention to Poland. This is facilitated by the anniversary symbolism. The jubilarian is the World Economic Forum in Davos which is meeting for debates for the 50thtime this year, however Poland is celebrating a momentous anniversary as well. 2019 marked 30 years since Poles had regained freedom and launched groundbreaking systemic and economic changes. The result of the last three decades is a source of great pride for us. Poland exemplifies a gigantic success.

We have covered a long and difficult road. The bloodless revolution of “Solidarity” has changed Poland`s face and impacted the fate of the entire region of Central and Eastern Europe, as well as the changes on the European and global level. The world admired Poles but also doubted whether we would be able to cope with the challenge of an economic disaster which loomed over Poland in 1989. The spectre of hyperinflation, empty shelves in shops, an inefficient state economy rooted in the authoritarian system: that was our dramatic starting point. The beginnings were indeed tough: between 1989 and 1991, our Gross Domestic Product dropped by 14%.

Where are we today? We top the European rankings of growth leaders. And this is by no means a temporary achievement. Polish development and competitiveness rest on stable foundations built over many years. They result from profound free-market reforms combined with Polish talents. We have been successful in the excellent management of the Polish freedom. Poles, who have always been creative and entrepreneurial, used the opportunity to spread their wings in the new circumstances. Ambition, determination and perseverance are Poland`s flagship features which are paying off with the success of Polish companies. Our membership of the European Union is also significant for the development and modernization of the Polish economy. The possibility to use EU funds, broad access to the EU market and stimulation of investments have benefited Poland in many respects. We have seen, among others, a huge improvement in the quality of the infrastructure, where a great credit goes also to the dynamically operating local government. The democratic institutions of the Polish state function efficiently with a view to attaining the strategic economic goals and the discipline of public finances is particularly worth stressing. A telling testimony to this is the budget adopted by the Polish government for the year 2020: the first budget in the last thirty years without a deficit, featuring balanced incomes and expenditures. If you want a good illustration of the term “thriving”, take a look at Poland.

In the difficult period of 1989-1991, Poland`s GDP recorded an average annual growth of about 4%, whereas the year 2020 is going to be the 29thyear of continuous economic growth. Thanks to this the Polish GDP per capita today is almost three times higher than in 1991.

The competitiveness of our economy contributes to the dynamic increase in exports. Its value today is 14 times higher than 3 decades ago. Poland is increasing its share in the global trade. Activity in the labour market, wealth and the comfort of living of all Poles are going up: an income increase in each income decile was higher in Poland than an average economic growth in the best developed OECD countries. Furthermore, 25% of Polish citizens have university education and are expected to live much longer than 30 years ago. Poland is becoming synonymous with modernity and an investment momentum. It is precisely in Warsaw where the highest building in the European Union is getting taller by the day. The Central Communication Port is scheduled for construction in the vicinity of our capital. It is one of the largest European projects of this kind, including an airport capable of handling 45 million passengers per year.

At the same time, we want to make sure that Polish development is sustainable. We consider care for natural environment to be as important as just economic growth achieved, inter alia,by reducing greenhouse gas emissions and air pollution. Back in 1990 we emitted 400 megatonnes of CO2per year, whereas today the emissions stand at 330megatonnes of CO2. We want to ensure that the development opportunities are shared by inhabitants of all the regions in our country. We understand the huge importance of social cohesion as an economic category which contributes to the social order, the unleashing of human activity and stimulation of demand mechanisms. Poland is at a new stage of development, closing the period of the transformation and starting to build solid foundations of a modern welfare state based on two pillars:
social justice and an innovative economy. We have been able to decrease the Gini coefficient since 2016, with its current value being well below the EU average: 27.8 compared to 30.9. Over the last 10 years, the spending on Research and Development in relation to our GDP has almost tripled.

A strong, modern and dynamically developing Poland is an important participant in the European and global order. We have just completed our two-year-long mission as a non-permanent member of the UN Security Council, where we particularly emphasized the importance of international law. We are part of the inner circle of the largest countries in the European Union, co-shaping the directions of the community development. One of the basic dimensions of Polish foreign policy is our active presence in NATO and close relations with the United States. We co-create the strength of NATO – Poland is among the countries which allocate 2% of their GDP for defence purposes; we are planning to increase this expenditure to 2.5% by 2030. We are pleased with the results of the London meeting, which confirmed the cohesiveness of the Alliance and filled with concrete content the key tenets of the NATO Readiness Initiative 4×30. On behalf of Poland, I have declared to provide, among others, the command of one of the six brigades and two air squadrons.

We are the largest economy in the CEE region. The position of this regional co-operation is growing in Europe and across the world. An important contribution in this respect is bound to be made by the Three Seas Initiative set up by myself and Madam President of Croatia in co-operation with Presidents of the other 10 countries of the region. Its main objective is an economic and infrastructure development which will allow to bridge the gap with Western European countries. This is a historic challenge that can radically change the existing vectors of European economic relations and strengthen the whole Union. We have the appropriate potential to do so – the Three Seas Initiative brings together countries with a total population of 111 million and the value of GDP exceeding that of Russia or Brazil. Poland has the potential and the ambition to play, among others, the role of an important business and energy hub withing this regional grouping.

This year’s debate in Davos will be mainly devoted to the challenges faced by the contemporary model of capitalism development. We are asking questions about new patterns of production and consumption, co-sharing responsibility for climate stability, security and a prosperous future for our planet. We are looking for ways which the national economies and the global economic system could follow in order to ensure our societies and all mankind prosperity based on the principles of sustainable development.

.There are a number of issues, decisive for our common destiny in the 21stcentury, where it is worthwhile looking at the experience and achievements of my Homeland. Poland realizes how many problems it still has to solve, but it also proudly presents its successes, which are of historic importance. I invite you to study our achievements and co-create more of them with us. Poland inspires.

Article to be published in the daily „L’Opinion” [LINK] and the magazine „Wszystko co najważniejsze” [LINK] on the occasion of the World Economic Forum in Davos.

This content is protected by copyright. Any further distribution without the authors permission is forbidden. 22/01/2020
Poland