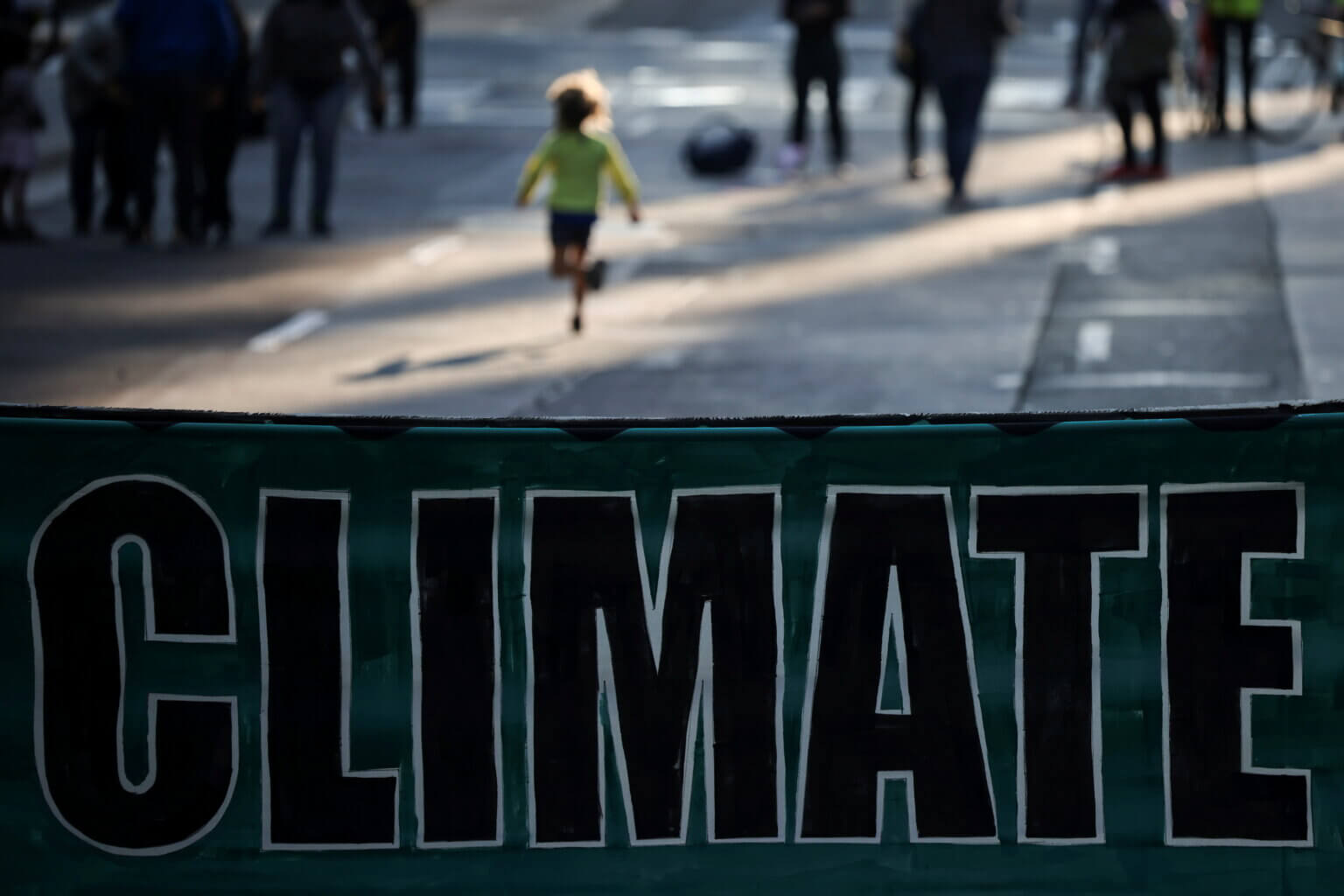 Cooling down an overheated world 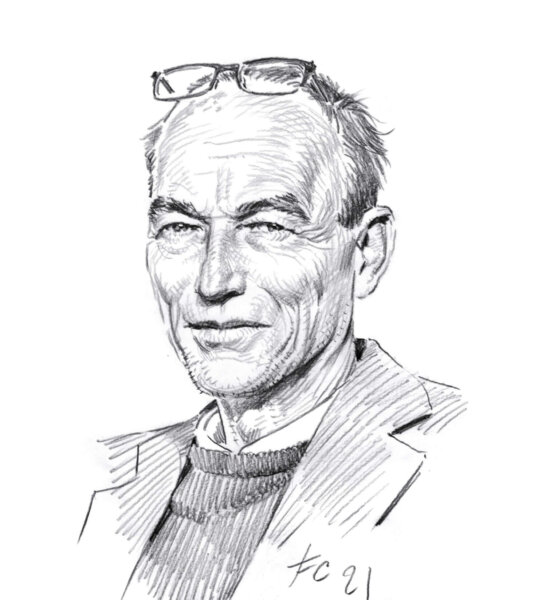 Social anthropologist based at the University of Oslo. He conducts research on ethnicity, nationalism and globalization. Author of numerous books, including Ethnicity and Nationalism, A History of Anthropology, Small Places, Large Issues, Tyranny of the Moment and Overheating: An Anthropology of Accelerated Change.

.If we were to choose just a single word to describe the modern era – its practices, its ideas, its dreams, its effects on people and their environment – it might well turn out to be acceleration.

Modernity and speed are Siamese twins. Economic growth, typically seen as necessary and beneficial both by the political left and the right, demands enhanced efficiency, increased production and a faster turnover year by year, today epitomised through the ‘just-in-time’ logistics of transnational production and trade. In the realm of communication, the first functioning transatlantic telegraph cable, opened in 1868, was a technological miracle hailed by The Times in a contemporary editorial as the greatest achievement of humanity since the building of the great pyramids in Giza.

This sounds like a massive exaggeration, but with the hindsight of a century and a half, the judgement may not have been far off. The acceleration of transnational communication, moving in just one generation from the sailing ship via the steamship to the telegraph, signalled a modern era to which the Internet is a mere footnote; the era of instantaneous communication, in which each and every one of us is immediately reachable by everybody else.

We live in a time addicted to speed, and in fact, the pace of change has stepped up perceptibly since the end of the Cold War, when neoliberal capitalism, which had been hegemonic for some years, became virtually universal. Acceleration can be identified in many otherwise discrete domains. Only between 2010 and 2015, the number of photos taken in the world trebled. Between 1980 and 2019, international tourist arrivals increased by a factor of seven, from 200 million to 1.4 billion. World trade quadrupled in the same period. Since the launching of the first iPhone in 2007, the number of smartphones has soared from nil to four billion – it has conquered humanity in just fourteen years. And now that the 5G mobile network is about to be implemented in many countries, the only argument for its introduction, accepted by authorities as sufficient, is its superior speed compared to the soon obsolete 4G network.

It is, in other words, difficult to deny that the early 21st has been an unusually hectic and restless period in the history of humanity. There seems to be rapid change wherever you look. Ranging from foreign direct investment and the number of social media users to global energy use, urbanisation in the global south and migration rates, rapid transformations impact social life in a multitude of ways. Dramatic alterations to the environment, economic transformations and accelerating innovations in information technology are the order of the day worldwide.

While there is still considerable support in mainstream politics for continued growth, speed and enhanced efficiency, the enthusiasm has been somewhat dampened in recent years, as the massive human domination of the planet now increasingly betrays its unintentional side-effects, revealing the progressive and optimistic visions of modernity as short-sighted, insensitive and ultimately destructive. Modernity and enlightenment did not, as it turned out, eradicate hateful ideologies, sectarian violence and fanaticism, but sometimes seemed to encourage them. Wars continued to break out. Inequality and poverty did not go away, but were made more visible in the era of global neoliberalism. Recurrent economic crises forced economists to concede, reluctantly, that theirs was not a precise science after all. Although many countries were democratic in name, a growing number of people felt that important changes were taking place in their lives and immediate surroundings without their having been consulted beforehand, which has led to various forms of resistance to globalisation, ranging from right-wing populism to indigenous rights movements.

Most significantly, the forces of progress turned out to be a double-edged sword. What was the salvation of humanity for two hundred years, namely inexpensive and accessible energy based on fossil fuels, is about to become our damnation through environmental destruction and climate change. Simultaneously, accelerated change took off in a considerable number of other areas as well, from waste production to migration. It was as if modernity, always committed to change, shifted to a higher gear towards the end of the 20th century. We are now driving on a highway with no speed limit. This is the kind of change that I speak of as overheating. In physics, speed and heat are two sides of the same coin. As a metaphor, overheating therefore refers to the kind of speed that will eventually lead a car engine to grind to a halt, spewing out black smoke in copious quantities, unless the style of driving changes.

Overheating can also be illustrated by rubbing your hands together, something that we often do on frosty days in northern Europe. The hands warm up, but cause friction as they do so. Now, if you could rub your hands together really, really fast, they would eventually burn up. Fortunately, you cannot do that, since we have an inbuilt thermostat which notifies us when to stop. The problem with global overheating is there is no such thermostat. There is no direction, no ultimate goal for the frantic changes we see all around us apart – perhaps – from continued growth and increased consumption.

The term overheating calls attention to both accelerated change and the tensions, conflicts and frictions it engenders, as well as – implicitly – signalling the need to examine, through dialectical negation, the possibility of deceleration or cooling down. Broadly speaking, when things are suddenly brought into motion, they cause friction; when things rub against each other, heat is generated at the interstices. Heat, for those who have been caught unawares by it, may result in torridness and apathy, but it may also trigger a number of other transformations, the trajectories of which may not be clear at the outset. When water is transferred to the boiling point, it essentially changes into a different substance. Overheating consists in a series of unintended, and interrelated, consequences triggered by global neoliberal deregulation, technological developments rendering communication instantaneous and transportation inexpensive, increased energy consumption and a consumerist ethos animating the seemingly insatiable desires of a growing world population.

The destructive effects of overheated neoliberal global capitalism are visible throughout the biosphere through species extinction and the reduction of biodiversity, pollution and resource shortages, but most of all, and most ominously, through anthropogenic climate change. The question that urgently needs to be raised is, accordingly, to what extent a deliberate global cooling down of an overheated world is possible – and if so, how it might come about.

.The coronavirus pandemic may have given some hints about possible ways to proceed. In March 2020, it led an overheated world to cool down instantaneously. The wheels of the global machinery slowed down. Between 2004 and 2019, the number of plane tickets sold more than doubled, from two billion to nearly four and a half billion, but April 2020 saw a ninety per cent decrease. Members of the global middle and upper classes started to take walks in their neighbourhoods rather than go on flights. At the other end of the spectrum, millions lost their jobs or feared for their economic security, which could signal a need to think differently about work and the economy. Transport slowed down, leading many to think seriously about reducing vulnerability by shifting to more labour-intensive, but safer production regimes based locally. Finally, the restrictions on personal freedom implemented by governments worldwide, which were surprisingly successful in many countries, from Nepal to Bolivia, showed that society can reverse its direction fast if necessary. When life and health are at stake, security turns out to be more important than freedom.

The pandemic could be the crisis we needed to wake up and change direction. It spread worldwide as a butterfly effect, starting in a market in Wuhan, modestly, but moving and multiplying rapidly and leaving hardly anyone on the planet totally unaffected. It has created an awareness of the interconnectedness and vulnerabilities produced by a globally interwoven economy. Small causes can have huge consequences in this kind of world. And we cannot allow ourselves to forget that the same kinds of butterfly effects, channelled through global supply chains and webs of production, distribution and consumption, have been a blessing for millions living on the planet today, but a catastrophe for future generations. The situation calls for afterthought, humility and new ideas for society and the biosphere.

.With the experiences of the pandemic as a backdrop, the thought of a post-capitalist world no longer seems to be a utopian idea nurtured by wild-eyed activists and intellectuals out of touch with reality. During the global crisis, it became evident that it is possible to change everyday life fundamentally overnight if necessary. Deeper systemic change may force itself upon us, as a viable alternative and a realistic option enabling us to kill several birds with one stone: The virus pandemic can be kept under control in a slower, more scaled-down world; it cannot be contained through the market mechanism but requires collective action and interventions; moreover, a human economy based on needs rather than profits would be more equitable than the present economic system driven by short-term profit seeking; and ecologically sound ways of life may reconcile human needs with planetary ones.

The post-corona society may offer recipes for a more fulfilling life, with more slow time with family and friends, a deeper engagement with the global environment, more time to read novels, play the guitar or bake sourdough bread. Perhaps in ten or twenty years’ time, we will look back and ask ourselves why we didn’t make the transition sooner. Degrowth economics may come onto the agenda in a forceful and unexpected way.

A less frantic, less overheated world may save the biosphere from disaster by slowing down climate change, but it may also re-humanise societies which have behaved like opium addicts committed to aimless speed at the cost of sacrificing human relations and the future.

.Weaning ourselves off the contemporary addiction to speed, efficiency and consumption will not be easy, and withdrawal symptoms can be comparable to those of a recovering heroin addict. Yet there is no alternative in the long term. The writing is on the wall, and the overheated world needs to cool down. The pandemic could turn out, retrospectively, to be the sudden gust of wind prising open the window of opportunity necessary for us to change course.

Thomas Hylland Eriksen
The text was published in No. 33 of the opinion monthly “Wszystko Co Najważniejsze” [LINK]. 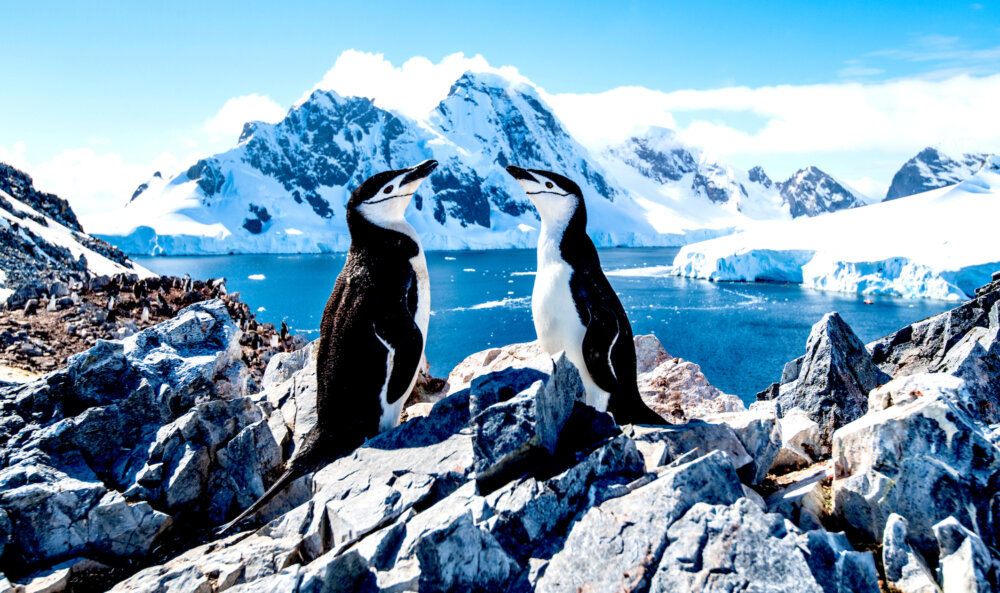