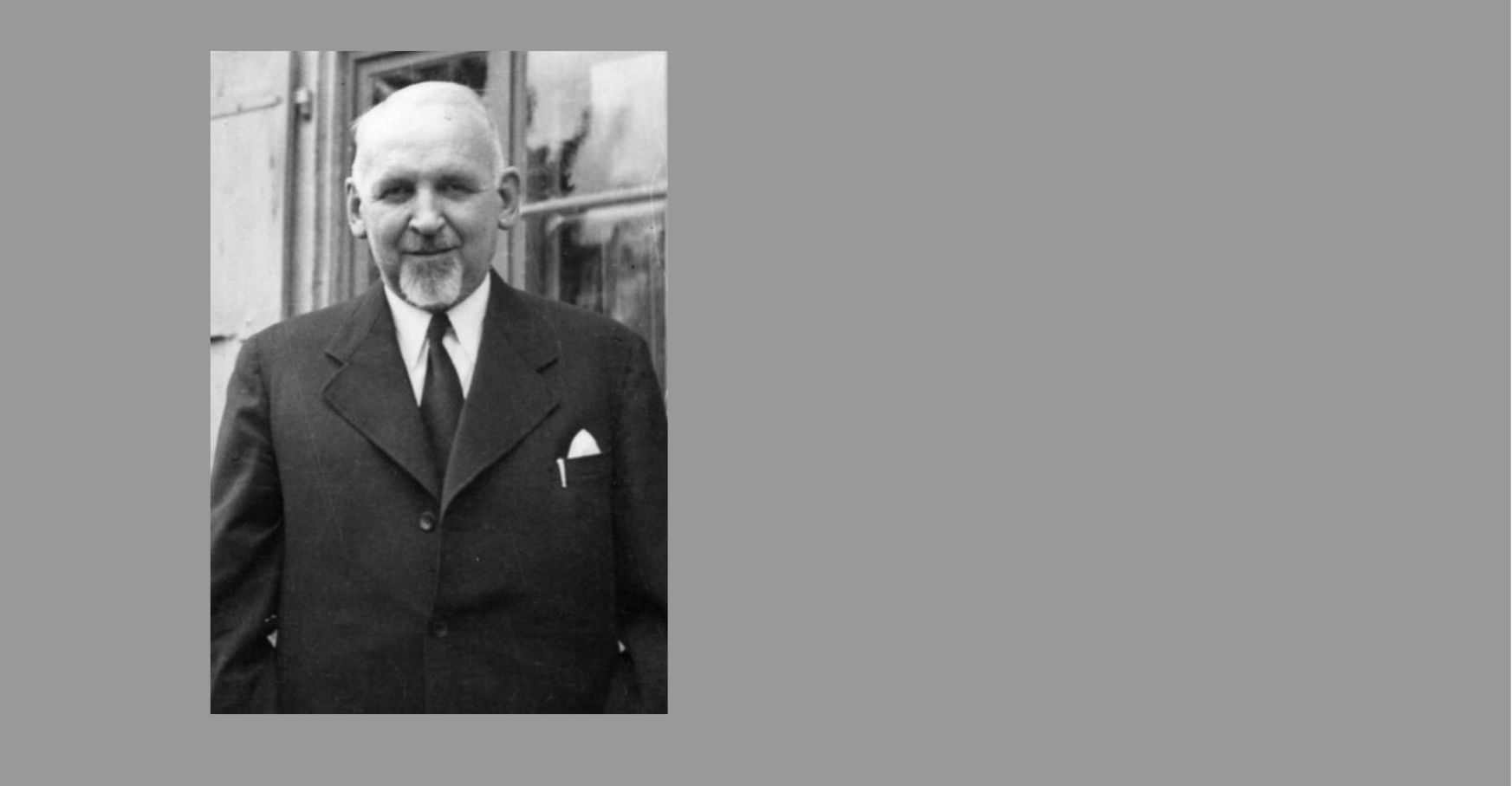 Diplomat of the Polish Embassy in Bern.

The passport operation of the so-called Ładoś Group described by Mordecai Paldiel was characterised by daring, flexibility and a number of paradoxes – writes Jędrzej USZYŃSKI

.Three hundred meters – that was the distance separating the legations of the Republic of Poland and Paraguay in Swiss Bern in the early 1940s. In fact, it was a distance between life and death for hundreds if not thousands of people. To cover it one had to walk down Thunstrasse in the direction of the Swiss parliament and turn left into Helvetiastrasse, just like Polish diplomats did in 1939–1943 when they went to pick up Paraguayan passports and then took them back to be duly stamped and signed. The blank passports were being bought from a Swiss citizen representing the faraway Latin American country in Bern, filled in by the Polish Vice-Consul Konstanty Rokicki and used to help Polish and then later European Jews to leave Europe (via Soviet Russia to Japan) or avoid death from the hands of Nazi German occupiers.

Problematic from the point of view of neutral Switzerland (and the USA that was concerned about an influx of potential spies into the western hemisphere), the operation was carried out by the Polish legation already in the late 1939, anticipating subsequent instructions issued by the Polish government in exile. It started when, surveilled by the police, the deputy head of the Polish embassy, Stefan Ryniewicz, got in touch with Rudolf Hügli, honorary consul of Paraguay in Bern. It was Ryniewicz, himself a former consul and seasoned diplomat, who convinced the Bernese notary to sell the Paraguayan passports that were in the latter’s possession. This meant that the obtained documents should not have been considered in any way false but “at most” issued for unauthorised persons as the Polish envoy Aleksander Ładoś (who gave a green light for the operation to be continued when he came to Bern in 1940, supervised it and provided it with diplomatic cover) would later point out during his talks with the authorities of the host country.

Passports and citizenship certificates (which were also used, being cheaper, quicker to obtain and easier to smuggle into occupied Europe) were being issued until the fall of 1943. The scheme was brought to an end due to denunciations made by Hügli’s friends who noticed the consul’s new wealth, a Swiss counter-intelligence operation against a German spy who had infiltrated the circles close to the legation as well as the missteps made by other consuls during their clumsy attempts at applying the same modus operandi. It seemed at one point that Switzerland would take far-reaching disciplinary measures against the Polish diplomats Ładoś, Ryniewicz, Rokicki and Jewish-born Juliusz Kühl who cooperated with the embassy. Fortunately, the geopolitical situation in Europe at that time was different from the one in 1940 when, pressed by the Germans, the Swiss seriously considered closing down the Polish embassy and the Polish consul in Geneva, who had previously helped fleeing soldiers, was expelled from Switzerland. This time round, the Swiss federal government – the Department of Foreign Affairs and the Police for Foreigners, to be precise – stopped at several cautionary conversations. It was about then that the last documents found so far were filled in with the characteristic, unique and unmistakeable handwriting of consul Rokicki.

Most of the documents that he issued towards the end of the operation were not made for Jewish citizens of pre-war Poland, but for the citizens of other European states. This may of course be explained by the fact that the Germans started the Holocaust in Poland before they moved on to other countries, so that, in 1943, the Bern diplomats stood more of chance to help the inhabitants of, say, Amsterdam or Bratislava than Warsaw or Będzin. However, it is nothing short of a paradox that some of the documents from mid 1943 were prepared for Jewish citizens of Germany and Austria. That was a clear sign that the operation carried out by the group went beyond the usual work of diplomats helping the citizens of their own country to take on the features of a universal, humanitarian mission. A symbolic figure in that context is the German writer Georg Hermann Borchardt whose passport (and the following one made for his daughter and grandson) was issued already at the very peak of the “cautionary conversations” between Swiss and Polish diplomats.

Speaking of the Borchardts, it is impossible not to mention Heinz Lichtenstern. The stories of these Germans were radically different, illustrating well the nature of the efforts taken by the Polish legation in Bern – while the documents organised by the Ładoś Group did increase the chances of survival (e.g. in the camps of Bergen-Belsen or Tittmoning), offering yet another “line of defence,” they did not guarantee it. Borchardt died even though he had a valid passport. But his family survived as did Lichtenstern who was already on Theresienstadt’s loading ramp when, in desperation, he showed the Paraguayan passport he got from Bern to those who were about to send him to Auschwitz. To his great surprise, he was not pushed onto the eastbound train. His passport was used to issue a camp document with his details and the mention “ausgeschieden” (removed from transport) which he preserved until the end of his life.

Mordecai Paldiel writes about the intimate cooperation between Polish diplomats and Jewish activists. It seems that without a high degree of trust, compassion for the tragedy of those affected by the Holocaust and a sense of mission, the success of the Ładoś Group would not have been possible.

It is worth mentioning – and constantly repeating – that in addition to the “canonical” group of Ładoś, Ryniewicz, Rokicki and Kühl there were also Abraham Silberschein, founder of the Relief Committee for the War-Stricken Jewish Population in Geneva (and member of the Polish parliament before the war) and Chaim Eiss, utra-Orthodox merchant from Zurich. Without them and a number of other associates the group would not have been able to obtain the data that were required to fill in the passports and disseminate the documents across Europe. Without Juliusz Kühl, who was a liaison between the group and the Jewish organisations in Switzerland, the legation would not have reached the circles representing the entire political spectrum “von Agudat bis Zion” (from the Orthodox to the Zionists). On the other hand, without the Polish diplomats, their contacts and support, it would not have been possible to obtain the potentially life-saving documents – not only Paraguayan, but also the ones provided by the consuls of Honduras, Haiti and Peru.

.We should bear all that in mind as we recount the story of the “Bernese forgers” who, due to the clandestine nature of the operation, were not properly identified, recognised and commemorated in their lifetime.

This content is protected by copyright. Any further distribution without the authors permission is forbidden. 10/11/2021
II World War Poland Second World War 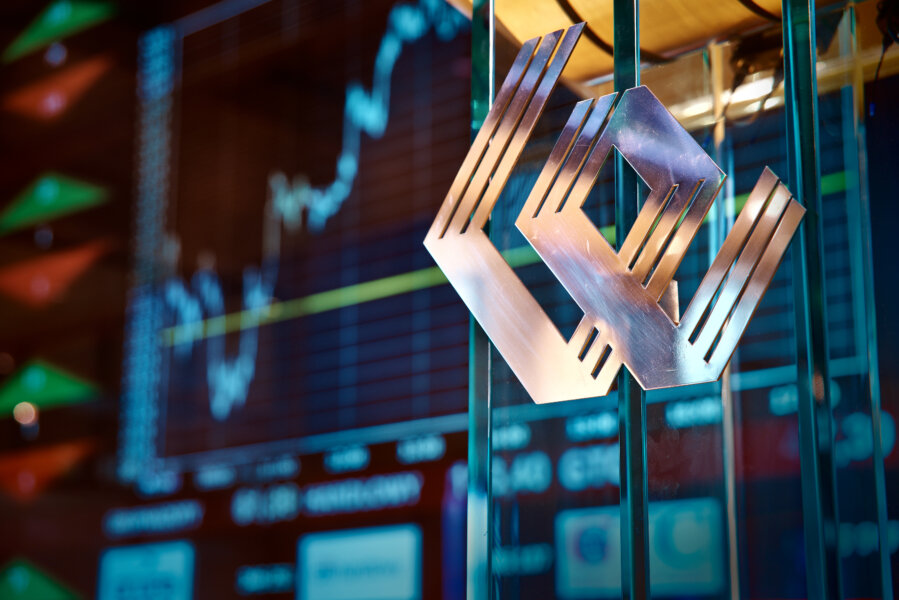