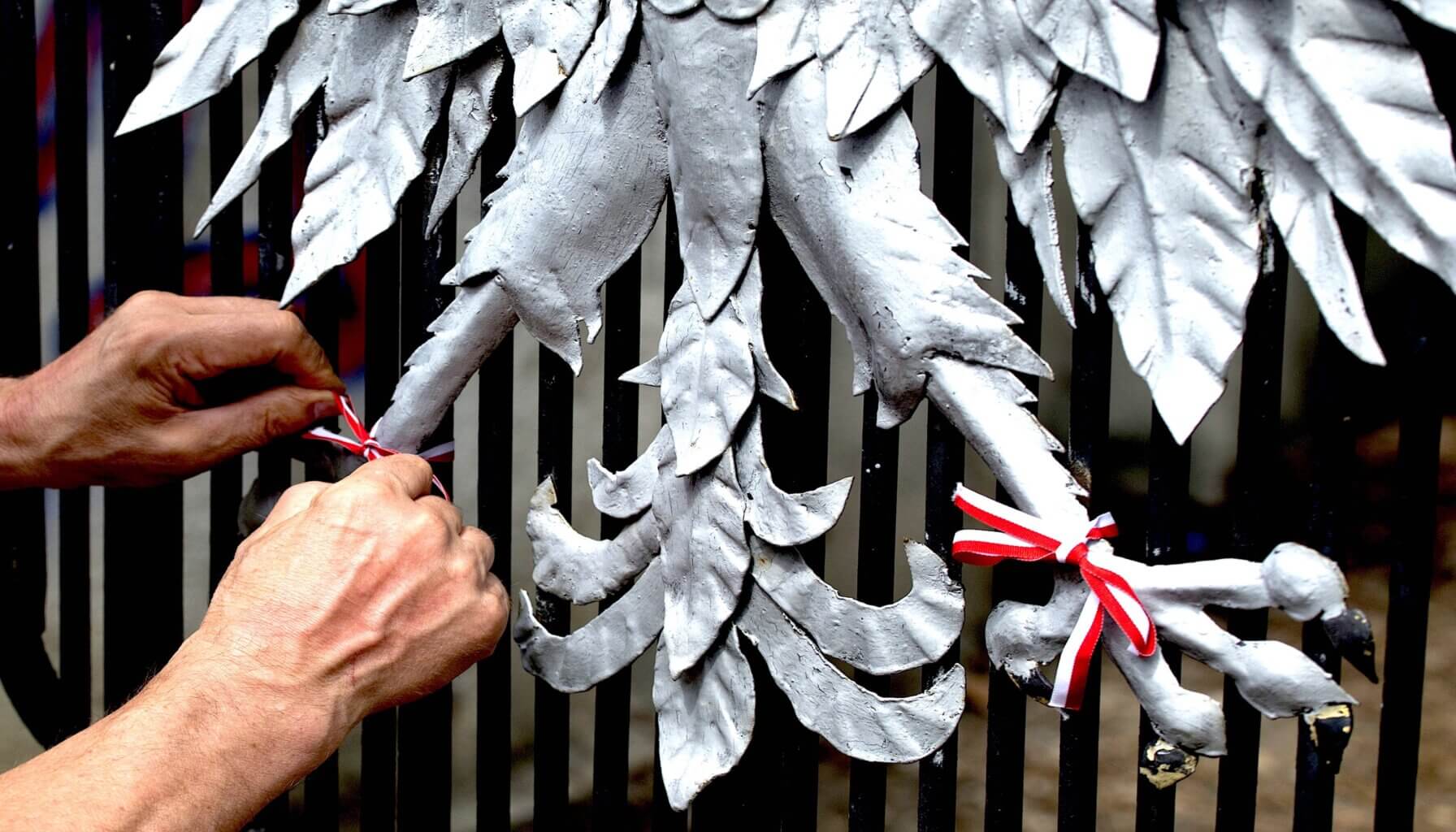 We want to tell you about the extraordinary history of Poland, a country that has not only suffered as few other countries have, but also knew how to use the experience as a source of strength to fight for the most universal human value – freedom.

.WW2 started in Poland. Although this is common knowledge, a lot of people might be surprised to find out that the country was attacked not only by Germany. On 17 September 1939, its border was also crossed by Soviet troops who took control of almost half of Polish territory. They did this to implement a secret agreement signed on 23 August between Nazi Germany and Bolshevik Russia. It is this very day that the European Parliament chose as the European Day of Remembrance for Victims of Stalinism and Nazism.

Poland was once among the most powerful states of Europe, boasting a then innovative system of democracy that curtailed royal power. As early as the Middle Ages, Polish jurists developed the “Polish school of the law of nations” that rejected aggression and wars against pagan states. Practicing a unique form of toleration, the Kingdom of Poland attracted intellectuals from all over Europe who sometimes fled persecution in their own country. It provided a haven of the Jewish diaspora that had been pushed out of western Europe from the time of the Middle Ages.

In the 19th century, Poland was torn apart by Russia, Prussia and Austria, losing its independence for 123 years. The invaders bloodily put down any uprisings, destroyed Polish culture and required that Polish children be educated in foreign languages. Yet, five generations on, in 1918, it took us only several months to rebuild the state and raise an army of volunteers who, in 1920, saved Europe from the invasion of Bolshevik Russia eager to impose communism on the continent. 101 years after the battle, considered the 18th most important battle in world’s history, it is worth emphasising that Poland accomplished a feat that was not the result of its economic or military might. What tipped the balance was the exceptional gene of freedom that the Poles have always carried.

After 1920, Poland developed a robust economy and a strong state, but only managed to raise one generation born in a free country. As soon as 1939, the first shots of WW2 were fired and our freedom was taken again by two totalitarian regimes. This time round they wanted to physically annihilate the nation.

About 6 million Poles were killed during the war, including over 3 million Polish citizens of Jewish descent. It was in Poland that the Germans perpetrated the Holocaust. Polish elites were being methodically murdered. Over 800 Polish villages were subjected to pacification, their inhabitants killed and buildings burned to the ground. The Germans built their largest death factory, Auschwitz-Birkenau, initially for the Poles. The Soviet Union, which seized almost half of Poland, murdered about 20,000 Polish officers. Hundreds of thousands of Polish citizens were transported to the far reaches of Russia where they died of hunger and slave labour. The economy and agriculture were totally destroyed and the biological continuity of the nation was severed.

Even so, the Poles fought right from the very first day of the war, deploying the fifth largest army after the USA, the Soviet Union, the UK and France. Polish mathematicians provided the French and the British with complete Enigma encryption machines, shifting the mathematics of war in favour of the Allies, whilst Polish engineers gave the allied forces the mine detector and the walkie-talkie.

The Poles still had that gene of freedom that drove them on to fight the Germans in Africa, Italy, France and England whether in the air or at sea. They also accomplished extraordinary acts of courage in German-occupied Poland where helping Jews carried a death sentence like in no other country captured by the Germans. The social worker Irena Sendlerowa contributed to saving almost 2,000 Jewish children. Sister Matylda Getter used the network of orphanages run by her religious order to hide several hundred children taken out of ghettos.

On the cusp of freedom, the great powers handed Poland over to be ruled by the Soviet Union and its puppet communist government. Soviet special forces entered our country with the advancing front, carrying out mass arrests and murders of the people who had fought for their freedom for five years. As the West celebrated its regained freedom, Poland’s liberty was taken again by Soviet Russia.

A telling example is Witold Pilecki, one of the greatest Polish war heroes, a man who has become a global symbol of opposition to totalitarian regimes. As a young man he fought in the 1920 war. Following 1939, he went underground. It was he who infiltrated that hell on earth that was Auschwitz, set up a clandestine network in the camp and drafted a report to inform the Allies about the extermination methods used by the Germans. When the war was over, he was arrested by the communist authorities, tortured to obtain a confession, and then sentenced to death in a show trial. Right after he heard the verdict, the said: “Auschwitz was nothing compared to this.”

The Poles have never renounced their freedom. At the time when half of Europe was under the influence of the Soviet Union, Poland rebelled. There was no decade without a protest, that was usually bloodily suppressed, and the scale of social rejection of communist rule is best demonstrated by the fact that when “Solidary” was founded in 1980 10 million Poles became members!

The birth of “Solidarity” started the erosion of Soviet communism. Ten years later, the entire Europe could again enjoy freedom. The Soviet empire collapsed, Central European countries became democratic again and their citizens were set free. The regained European unity was also due to the Polish freedom gene.

.The Polish Institute of National Remembrance wants to tell the world about Poland and the Poles so that history can teach us lessons of wisdom and responsibility, including in global politics.