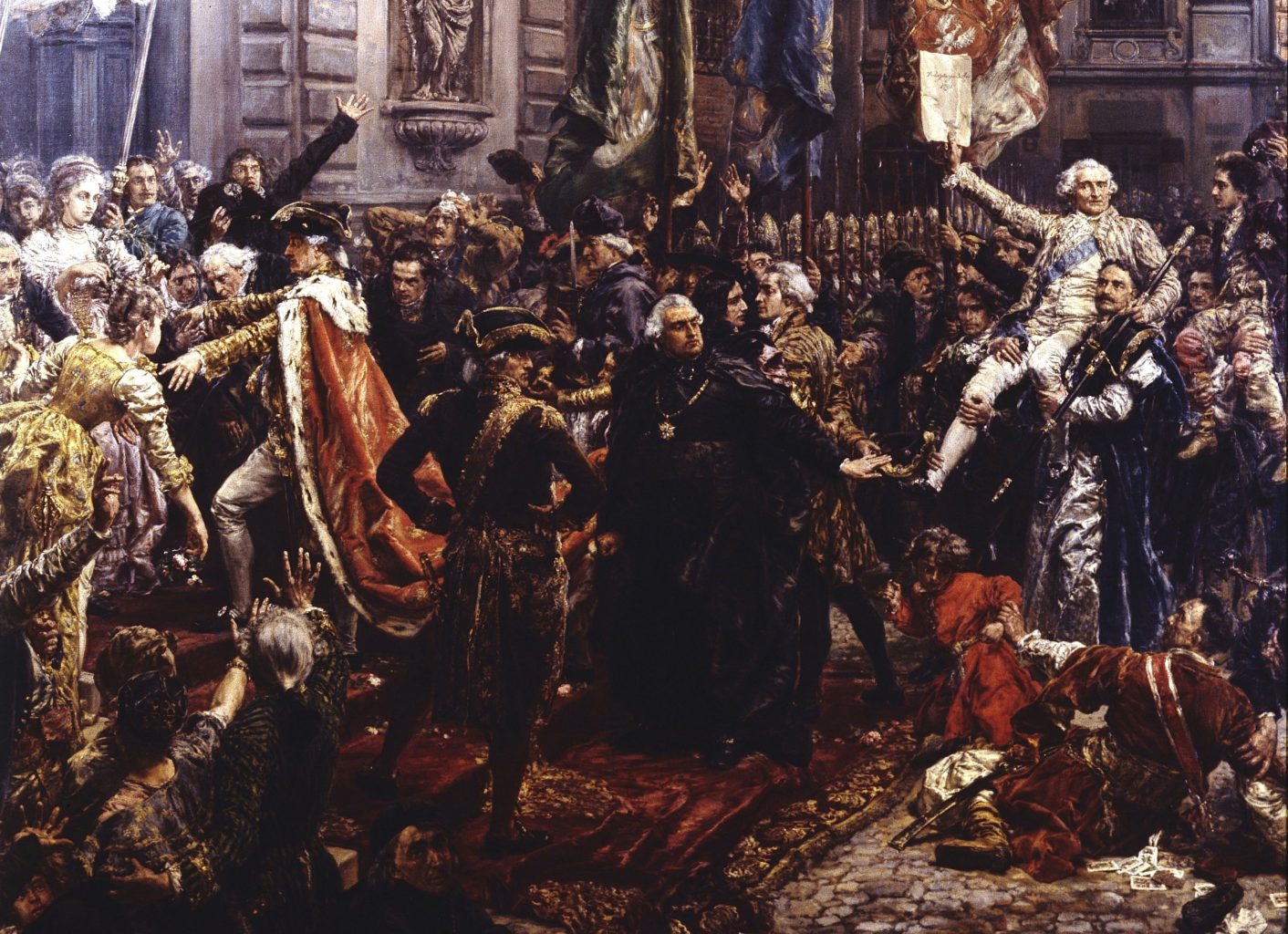 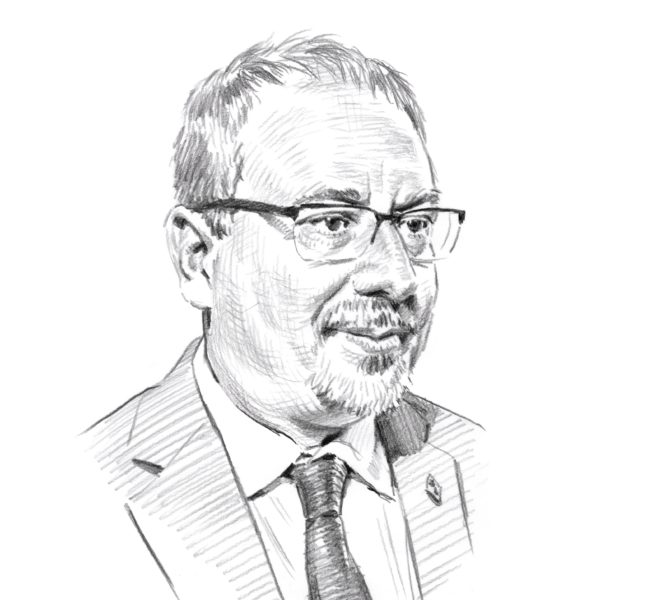 Rzeczpospolita, so pompously celebrating the centenary of its rebirth last year, has many reasons to be proud. One of them is the Constitution of 3rd May 1791, recognised worldwide as Europe’s first and world’s second democratic constitution. However, it was not a coincidence that the Constitution of 3rd May was the first such act in Europe and a phenomenon on a global scale. It resulted from the centuries-long tradition of Polish parliamentarism and constitutionalism, dating back to the 15th century.

The Jagiellonian Poland, formed by the Crown of the Kingdom of Poland and the Grand Duchy of Lithuania, was a decentralised monarchy, characterised by the active citizen participation. The nobility, or szlachta, had the exclusive right to decide about the fate of the Polish-Lithuanian Commonwealth, or I Rzeczpospolita, which was an example of tolerance and equality of rights, unknown in other parts of Europe. The constitutional system of the Polish-Lithuanian union was based on the Radom Laws, including in particular the Nihil Novi Act and the Promulgation Act, adopted in 1505. These introduced the parliamentary rule and laid the foundations for the rule of law. Nihil Novi was also the first act proclaiming the freedom of all citizens and the principle of the primacy of parliamentarism, construed as an obligation of collective creation and enactment of laws. It marked the beginning of the tradition of modern constitutionalism, while initiating the process of reforms of the Polish-Lithuanian Commonwealth. A similar path was later followed by England, which became a constitutional monarchy after 1688.

Contrary to the prevailing trend of the time, the Polish-Lithuanian Commonwealth, established in 1569 by the Union of Lublin, was not an absolute monarchy, something that made it stand out against the background of the absolutised Europe. The Union of Lublin laid down the framework for the newly formed state based on the shared parliament (Sejm), common currency and a jointly pursued foreign and security policy. The treaty had a constitutive nature, and its content was carefully studied, for example, by the court of Queen Elizabeth I of England ahead of the conclusion of the Anglo-Scottish Union in 1603.

An important constitutional declaration of the newly formed Commonwealth was the Act of the Warsaw General Confederation of 1573, which established, inter alia, the principle of supremacy of law in public life, the universal and free election of the king (electio viritim) and the principle of religious tolerance across Christian denominations in the multi-ethnic and multi-confessional Commonwealth. By virtue of it, not only the citizens but also the king were subject to law, and the mixed system thus adopted was based on the idea of citizens’ freedom. The achievements in of the Polish-Lithuanian Commonwealth in terms of the political culture were unparalleled. The Act of 1573 was the first among Polish constitutional acts to feature on the UNESCO Memory of the World International Register, whose aim is to classify objects of worldwide historical or civilisational significance. In May of the same year, the Henrician Articles, or King Henry’s Articles, constituting the perpetual Constitution of the Polish-Lithuanian Commonwealth, were passed. In force till the end of the 18th century, they laid the foundations for the political system of I Rzeczpospolita.

The Constitution of 3rd May was, therefore, not the first act of a constitutional nature adopted in Poland. Yet it stood out from all the previously adopted laws due to its holistic character. Shortly after its adoption, the enemy powers made the Second Partition of Poland (1792). It can be clearly stated that two final partitions of Poland were preventive in nature. The neighbouring states were afraid that the adoption of such a fundamental act would lead to an excessive strengthening of the political nation, emboldened by the fact that the Polish state was able to recover after the tragedy of the First Partition. Symptomatically, the Commonwealth was dismantled by three absolutist monarchies, which could not boast a constitutional order, and therefore simply did not understand it. Even Edmund Burke, the father of conservatism, denounced the attempt against the existence of the Polish-Lithuanian Commonwealth as the crime of absolutism. An attempt against a sovereign Christian and historic state that would cause further misfortunes.

The news about the adoption of the Constitution by the Polish-Lithuanian Commonwealth spread throughout Europe immediately and aroused great interest, especially among the English elite. The Foreign Office was informed about it as quickly as 4th May by the British consul in Klaipeda, who stayed at Sejm, then seated in the Warsaw Royal Castle, at the time of the adoption of the Constitution. The British newspapers broke the news on 20th May. The Constitution of 3rd May was translated into English almost immediately after proclamation, owing to the then ambassador of Poland to Britain, Franciszek Bukaty. In June 1791, three British dailies, “The Star”, “The Morning Chronicle”, and “The Lloyd’s Evening Post”, reprinted the full text of the Polish Constitution, and shortly afterwards, the English version was also published by John Debrett’s publishing house.

The extremely fast reaction of Britain to what was such a momentous event for Poland was due to close relations maintained by King Stanisław August Poniatowski, a co-founder of the constitution, with the English political elite. There was also a great willingness among Poles themselves to popularise the Constitution because of its uniqueness. As the next two partitions of Poland occurred, the British officers would report to ambassador Bukaty offering to help Poland.

Edmund Burke, an outstanding thinker and a Whig politician, praised the Polish constitutional act, too. Comparing the context in which the Polish constitution was passed with the French Revolution, he noted with admiration that a peaceful state reform was introduced in the Polish-Lithuanian Commonwealth by means of an evolutionary change built upon a broad social consensus.

The Constitution of 3rd May is not only the legacy of many nations who used to form the Polish-Lithuanian Commonwealth, but also an important part of the European heritage. It is impossible to understand Europe and how it was shaped without considering the role played by the history of Polish parliamentarism and its legislation. The adoption of the Constitution of 3rd May was a tangible proof of the revival of the political nation whose ideas were included in the constitutional act, as well as other social groups proud of this success. To mark the 300th anniversary of Union of Lublin, a commemorative mound was edified in Lviv. The inscription on its cornerstone, The Free With The Free, The Equal With The Equal, was the quintessence of principles inscribed in all constitutional acts of Poland. Today, on the 15th anniversary of Poland’s accession to the European Union and on the 450th anniversary of the Union of Lublin, the phase takes on a special importance and should be dear to all those who have Europe’s well-being at heart.

This content is protected by copyright. Any further distribution without the authors permission is forbidden. 03/05/2019
3 maja 3maja constitution history Poland polish