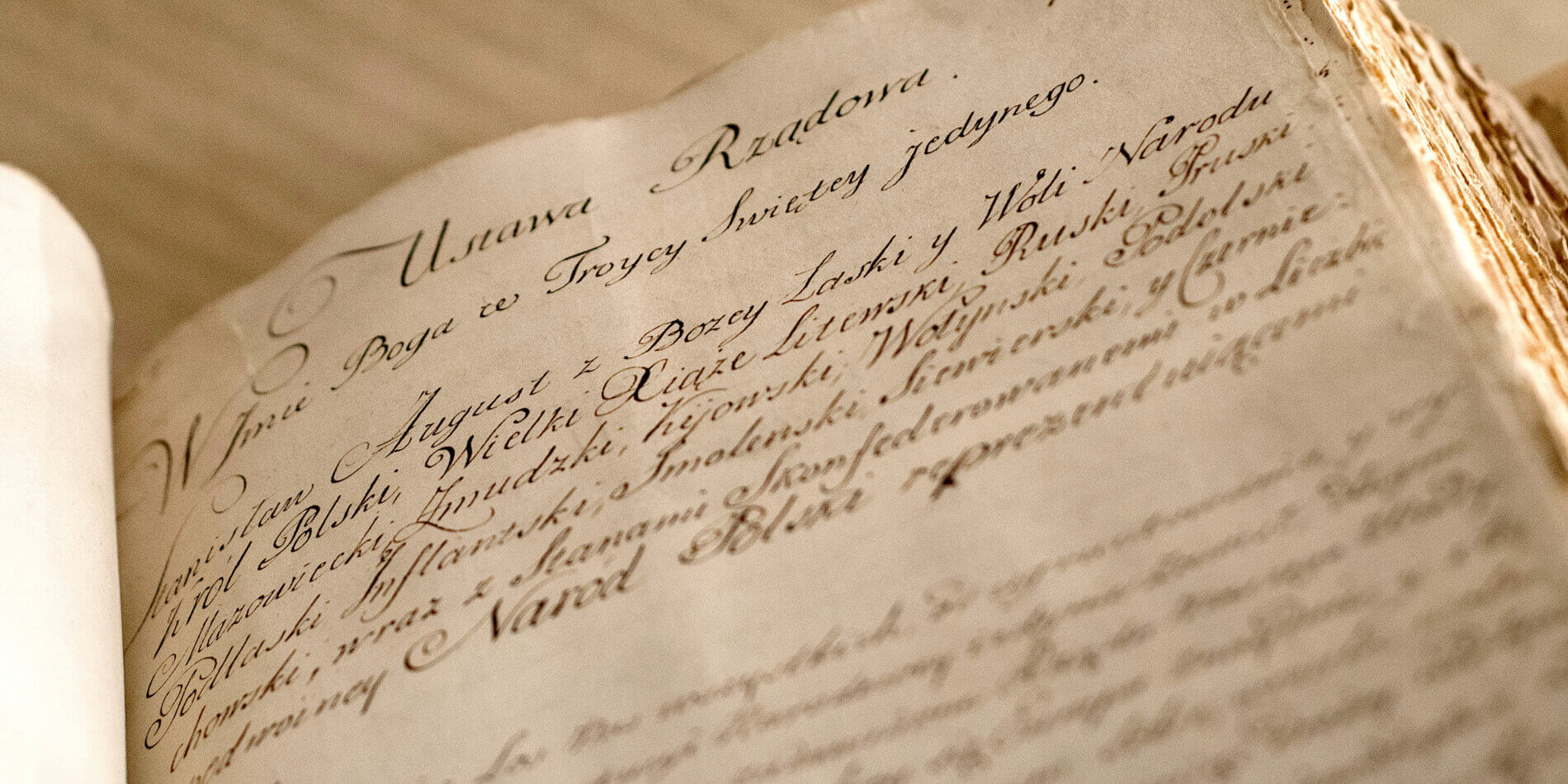 The Constitution of 3 May showed the determination of the national elites and their ability to stand up for the interests of the state – writes prof. Wojciech ROSZKOWSKI

.In the mid-18th century, the Polish-Lithuanian Commonwealth found itself in a trap that is difficult to explain to foreigners today. The state’s political system, referred to in common parlance as the “golden freedom of the nobility” was based on the free election of kings and the principle of unanimity in the Sejm (liberum veto). The assumption was that formally equal representatives of the nobility would select the best candidate to the throne and reach agreement on matters of utmost importance. However, the practice of governing the Republic was moving farther and farther away from this ideal as noblemen’s moral standards, still high in the 17th century, gradually declined. The richest noblemen, called magnates, would buy votes and look abroad for future kings of Poland if they failed to agree on a candidate from their midst. The principle of liberum veto, while justified in the case of matters of state, was applied to the practice of law-making. It was, admittedly, possible to pass laws by majority vote by forming a confederation, but this required prior consent from envoys to the Sejm. Thus the system became locked in a vicious circle of legislative stalemate. The “golden freedom” might have been the pride of the nobility, but it was also a perfect instrument of foreign interference by the neighbouring powers of Austria, Prussia and Russia which made arrangements as to who would rule over Poland. During the reign of Augustus II and Augustus III, both of them Saxon kings elected under pressure from the same foreign powers, attempts were made to resist their will, but all they resulted in were two civil wars in which the candidate supported by Sweden and France, Stanisław Leszczyński, had to concede defeat on the battlefield and flee the country. The situation was compounded by the fact that Russian forces were still stationed in the Republic after the Great Northern War (1700–1721), and the “silent Sejm” of 1717 was coerced by Russia to reduce the Republic’s standing army to 24,000 soldiers.

The only chance to resolve the deadlock was a “convocation Sejm” that took place before the election of kings to decide on the candidates, the requirements they had to meet to be eligible and the rules of majority voting. Crucially, this kind of Sejm could adopt a constitution by majority vote with no possibility to break the proceedings by a single objection. In the second half of the 18th century, the nobility became increasingly aware of the need to change the political system. The problem was that the reformist camp could see no way to free the country from the Russian protectorate and the anti-Russian camp, headed by another group of magnates, depended on conservative noblemen who held fast to the “golden freedom”. In 1764, a Russian candidate, Stanisław August Poniatowski, was elected king. The first attempt to take advantage of Russia’s weakened position after its war with Turkey in 1768 resulted in the failed “Bar Confederation” formed by the anti-Russian camp which was followed by the first partition of the state by its three neighbours in 1772.

The second opportunity was provided by yet another war between Russia and Turkey which broke out in 1787. King Stanisław August was allowed by Catherine the Great to convene the Four-Year Sejm (1788–1992). Its sessions were an arena for conflicts among many parties from those that advocated full dependence on Russia to various republican factions interested in more or less serious reforms to radicals who wanted to overhaul the system and become independent of neighbouring powers. With Russia weakened, the reformists managed to have the Sejm convened under “convocation” rules of procedure, but it was hard to reach any consensus about the new political system until the supplementary election of 1790 when the number of envoys was doubled. Thanks to a prospective anti-Russian alliance between Prussia and England, plans for reforms were supported by Prussia. The reformists then resorted to a stratagem of resuming the session earlier than planned following Easter recess and, on 3 May 1791, they managed to adopt a constitution that was signed by the king.

The Constitution of 3 May, the first such document in Europe, implemented hereditary constitutional monarchy, deprived landless nobility of the right to vote, introduced partial equality of personal rights between townspeople and nobility, abolished the liberum veto, removed caps on the size of the army and extended state protection over peasants. These rather moderate changes showed the determination of the national elites and their ability to stand up for the interests of the state. So in fact they amounted to a revolution as they set the Republic free from the trap of its political system. The Constitution was so dangerous for Russia and its clients within the Republic that the latter joined forces in a confederation formed in Saint Petersburg and proclaimed in Targowica that was later joined by the king. With the help of Russian armies, proponents of the new confederation overthrew the Constitution and caused the second partition of the state. Prussian guarantees turned out to be worthless and, in 1795, after Russia suppressed the uprising led by Tadeusz Kościuszko, the three neighbouring powers disposed of what was left of the Republic.

.The trap did eventually shut tight. The Polish historian Ignacy Chrzanowski compared the Republic’s downfall to the situation of a sick man who recovered following successful treatment, but, before he could even get out of bed, was murdered by neighbours set on stealing his property. Austria, Prussia and Russia committed an unprecedented crime and spent the following decades doing their best to cover it up, perpetuating the international belief that the Poles were not fit to govern themselves and brought about their own undoing. This false version of what really happened lingers in many international circles up to the present day.

This content is protected by copyright. Any further distribution without the authors permission is forbidden. 30/04/2021
Bartlomiej Kudowicz / Forum
3 maja 3rd of May Constitution of May 3 Konstytucja 3 maja