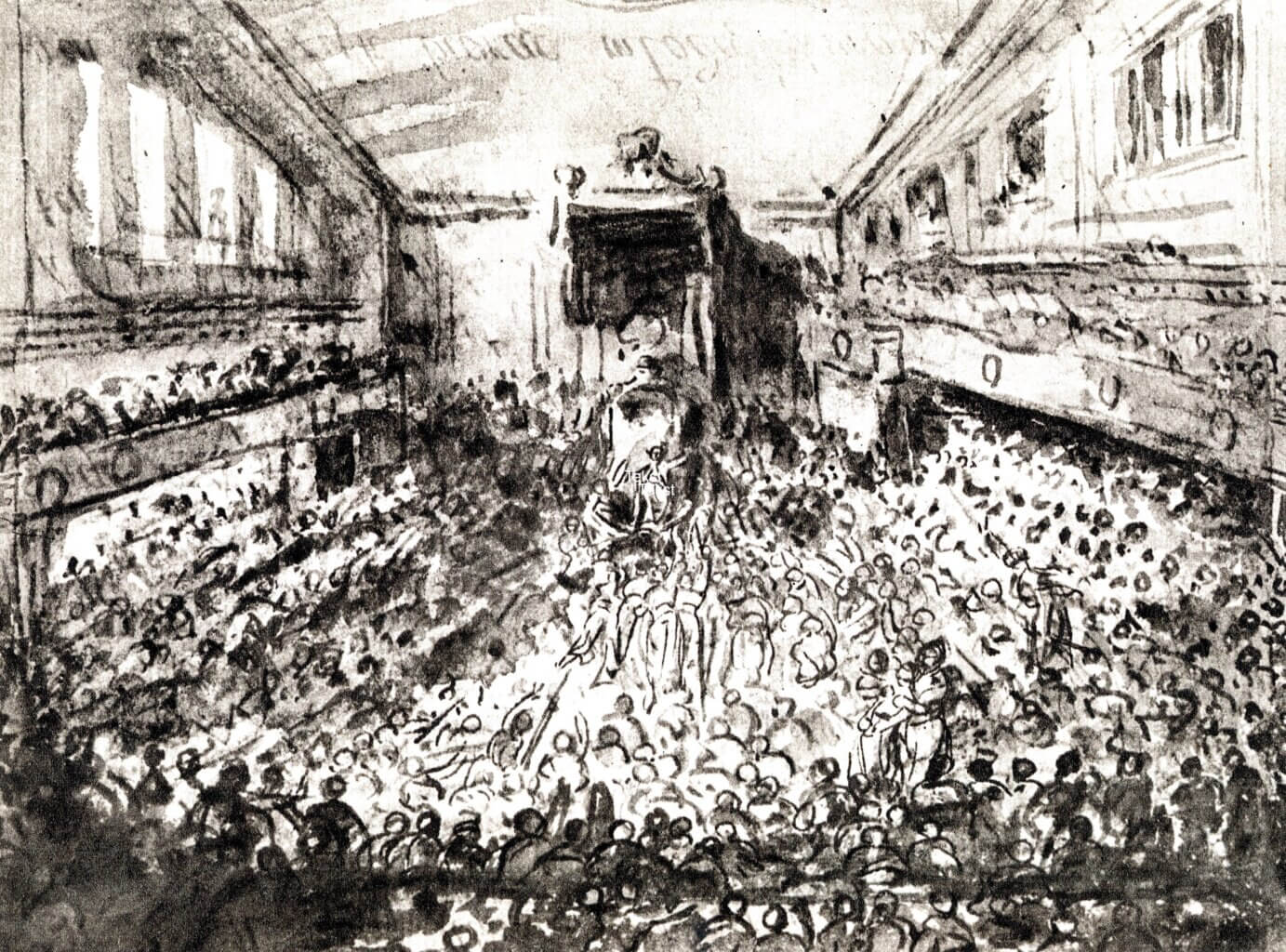 Professor of Sociology, philosopher, lecturer at the University of Bremen and the Ignatianum Academy of Krakow.

Citizens of the Republic saw freedom not just as the liberty of an individual but as an opportunity to decide jointly about statutory laws – writes prof. Zdzisław KRASNODĘBSKI

.The May 3 Constitution went down in history as the second written fundamental document after the American Constitution and as a great act of freedom of its times, the late 18th century. It put in order the principles of the political system of the state, ascertaining at the same time that “all power in civil society should be derived from the will of the people.” It provided that all citizens have equal rights, even though it fell short of making all the inhabitants of Poland citizens as it was cautious regarding the issue of changes within social structure – what actually was considered an advantage at the era of the revolution which was soon to attempt to institute equality by means of guillotine. The Constitution guaranteed civil liberties: “Consequently we regard the preservation of personal security and property, as by law ascertained, to be a tie of society, and the very essence of civil liberty, which ought to be considered and respected for ever.”

However, unlike the American Constitution, it was not an act to found the state, to grant fundamental rights upon the nation that had been just taking shape. In the case of Poland, the Union of Lublin of 1569 was such a founding act. And it is the Union of Lublin that may be considered to be the first Polish constitution since it created a new political unity, the Republic, and set the principles of governance. But this entity was also only to sum up the stages of the process of uniting the Kingdom of Poland and the Grand Duchy of Lithuania that had been taking place for long.

And unlike other European countries, Poland did not evolve from the state monarchy to the absolute monarchy but toward the Republic, with a mixed political system as it was both an elective monarchy and the Republic, where ten percent of the inhabitants had the right to elect the king and their deputies to the Sejm and sejmiks (sejmik, i.e. regional assembly, occasionally translated as a dietine, is diminutive of Sejm).

The notion of freedom that was predominant in the expansive territory of the Polish-Lithuanian Commonwealth, as it was called, resembled what historians of ideas found in the Italian city-republics. Its citizens were happy to compare the Republic to the ancient Roman Republic. In their understanding, the state was not the “Leviathan” – a creature elevated above the political nation, above the society, but was a “common wealth” sustained by common effort, while freedom was comprehended not just as the liberty of an individual but as an opportunity to decide jointly about statutory laws. The Inquisition never operated in Poland, and religious dissenters were not persecuted there; it was only in reaction to the devastating invasion by the Protestant Sweden in 1655 that tolerance began to be restricted. It can be said without exaggeration that the citizens of the Republic were the most free people in Europe – and they considered themselves to be so. From their point of view, absolute monarchies were not free countries but intimidating examples of captivity, where there was no freedom of speech, a nobleman could be imprisoned without a court verdict, and the government interfered in an individual’s businesses.

For Europe’s intellectual luminaries of the 18th century such as Diderot or Voltaire, who admired the enlightened despots such as Catherine II or Frederic II, the Polish freedom was tantamount to excesses, something contrary to reason. Kant similarly grumbled that Poland is a country where everyone wants to be a master and no one wants to be a subject. Meanwhile, Poles were reproached for attributing freedom to just one estate – the gentry.

Indeed, the Polish experiment with freedom had grown increasingly risky, threatening the existence of the state. This political system demanded many virtues from citizens to prevent freedom from turning into lawlessness and anarchy. The May 3 Constitution was an attempt to regain control and at the same time to protect the state against external invasion and internal decay. It limited freedom in order to save it by introducing a hereditary monarchy, depriving the landless gentry of political rights, and extending the rights of the townspeople.

Those who opposed the Constitution and asked Tsarina Catherine II to intervene invoked “cardinal rights” and old freedoms. Out of fear of an alleged internal despotism, they appealed to Europe’s greatest despotism. Foreign armies – Prussian and Russian – were all too eager to “restore order” and “rule of law,” thus destroying this unique space of freedom.

If the Republic had survived, the history of Europe would have taken a different course: the traditions of classical republicanism would not have so easily passed into oblivion, Russian despotism would have remained beyond its borders, and Prussian militarism would have been curbed.

.Having lost independence and having realized there is no complete personal freedom without independence either, Poles fought for it throughout the 19th century, starting with the Kosciuszko Insurrection in 1794. This Polish commitment to freedom also manifested itself in the 20th century: in 1920, by stopping the Bolshevik invasion of Europe; by the armed struggle against the Third Reich in 1939; by the rise of the Solidarity Movement in 1980; and by overcoming communism in 1989.

This content is protected by copyright. Any further distribution without the authors permission is forbidden. 30/04/2021
Piotr Mecik / Forum
3 maja 3rd of May Constitution of May 3 Konstytucja 3 maja Polish constitution 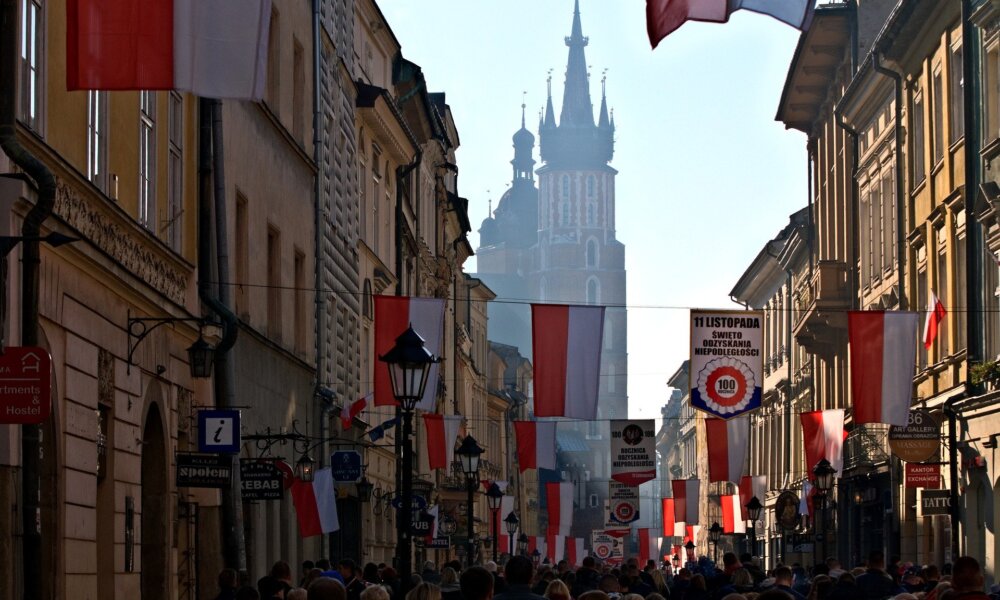