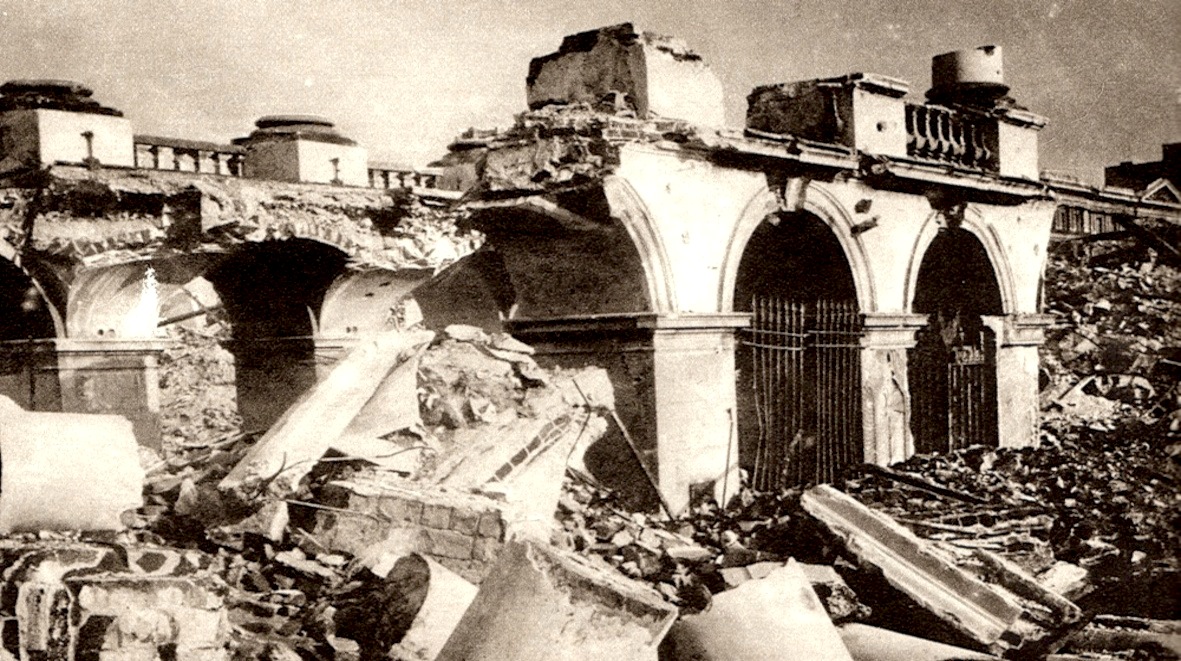 The attack of Nazi Germany on Poland on September 1, 1939, and the subsequent Soviet aggression on September 17 marked the second apocalypse for Poland. Poland could not win alone against the two most powerful armies in the world – writes Mateusz MORAWIECKI

.The Second World War would have probably ended in a few months with Hitler’s defeat if France and the United Kingdom had opened the Western Front in September 1939. Their advantage over the Reich in the number of divisions was crushing. This was the opinion of Hitler’s generals themselves. The price of this omission was the fall of France in 1940, Vichy, and the battle for Britain.

Polish soldiers fought not only in September 1939. After the fall of Poland, the Polish army was rebuilt in the west. It was joined by the Second Corps of General Anders, consisting of Polish exiles released from Soviet captivity. Narvik, Tobruk, Monte Cassino, Arnhem, Falaise are just some of the places marked by the blood of Polish heroes. The Polish Underground State was a phenomenon on a global scale.

Polish intelligence officers were considered to be the best amongst the Allies and played a unique role in defeating the Reich. They provided the British with approximately 44 per cent of all intelligence information from continental Europe. Moreover, Polish intelligence officers played a key role in preparing the landing in Africa in 1943 and in Normandy in 1944. They strived to awaken the conscience of the world to fight the monstrous crime of the Holocaust.

The experience of Poland in the Second World War greatly differed from western European countries. The occupation of France and Poland was incomparable. What happened in Paris or Bordeaux was in no way similar to the Nazi extermination of the population inhabiting the territory of the General Government. Six million Polish citizens were killed, including three million citizens of Jewish origin, and the change of borders resulted in the destruction of a multicultural and multi-ethnic state. In particular, the Polish elite was exterminated by the Reich during Intelligenzaktion and AB-Aktion (Ausserordentliche Befriedungsaktion), and by the Soviets in the Katyn massacre of Polish officers.

Yalta was also not a historic necessity but a political decision of the great powers. Roosevelt gave in to Stalin. Poland paid a terrible price for defending the western world in 1939. There were various ways to avoid the tragic post-war fate of Poland, including the invasion of the Balkans by the Allies, which was proposed by Churchill in order to reach these territories before the Soviet tanks.

The Polish state was being rebuilt by a war-devastated society which had to face new totalitarianism. Polish material culture suffered greatly. Poland has never received reparations for the crimes of the Reich. After the plunder of works of art and their destruction by the German Nazis, the communist agricultural reform came into force, which led to the fall of Polish manors, castles and palaces.

Polish lands were among the most devastated in Europe after both world wars. The year 1945 was not a year of freedom, but new enslavement. The soldiers of the Polish underground went through the hell of Stalinist repression. There is nothing more symbolic than the rubble of Warsaw, the city of two uprisings (in the Warsaw Ghetto in 1943 and the Warsaw Uprising in 1944), where heroes of Polish and European freedom were held in communist torture chambers.

The year 1939 interrupted the development of Poland, the great programme of industrialisation, and the construction of a modern state. Immediately after the rebirth of Poland in 1918, an exceptionally modern set of electoral and social rights was adopted. Poland was on the path of economic convergence with the west after 123 years of the Partitions. Post-war western Europe experienced an incredible time of prosperity. Poland would now be at the same level of development as western countries were it not for Yalta.

The economic imbalances between the west and the east in today’s Europe are a consequence of the long year of 1939. Poland would be a stronger country, not only economically but also demographically, and our role in Europe would be much greater.

The European project had always been incomplete without Central and Eastern Europe, especially Poland. This second lung of Europe, strongly rooted in the tradition of Thomistic realism, is necessary for guaranteeing rational policies of the European Union regarding migration or Russian imperialism, as confirmed in recent years.

For Poland, the long year 1939 ended not on May 8, 1945, but in 1989, when the communist system collapsed. Communism led Poland to a complete economic meltdown in the 1980s, significantly increasing the development distance between Poland and the western world.

Polish society, thanks to the spiritual support of John Paul II in the 1980s, created the largest independent labour union in the Eastern bloc, Solidarity, which was a de facto movement of peaceful and democratic resistance to communism.

Today we know that well-functioning democracies, offering prosperity to everyone, are the best safeguards for peace in the world and the sustainability of the global democratic order. There would be no Adolf Hitler without Chancellor Brüning, who applied a deflationary policy in Weimar Germany which was using the gold standard. This led to a complete economic catastrophe and the victory of NSDAP. Economic dogmatism can be deadly for democracy.

The long Polish year of 1939 ended only 30 years ago. Today, Poland is a global leader in economic growth and is proof of the success of NATO and European Union enlargement. Poland shows that it is possible to combine social solidarity with the construction of a competitive and innovative economy thanks to the creation of a modern tax system adapted to the challenges of the 21st century.