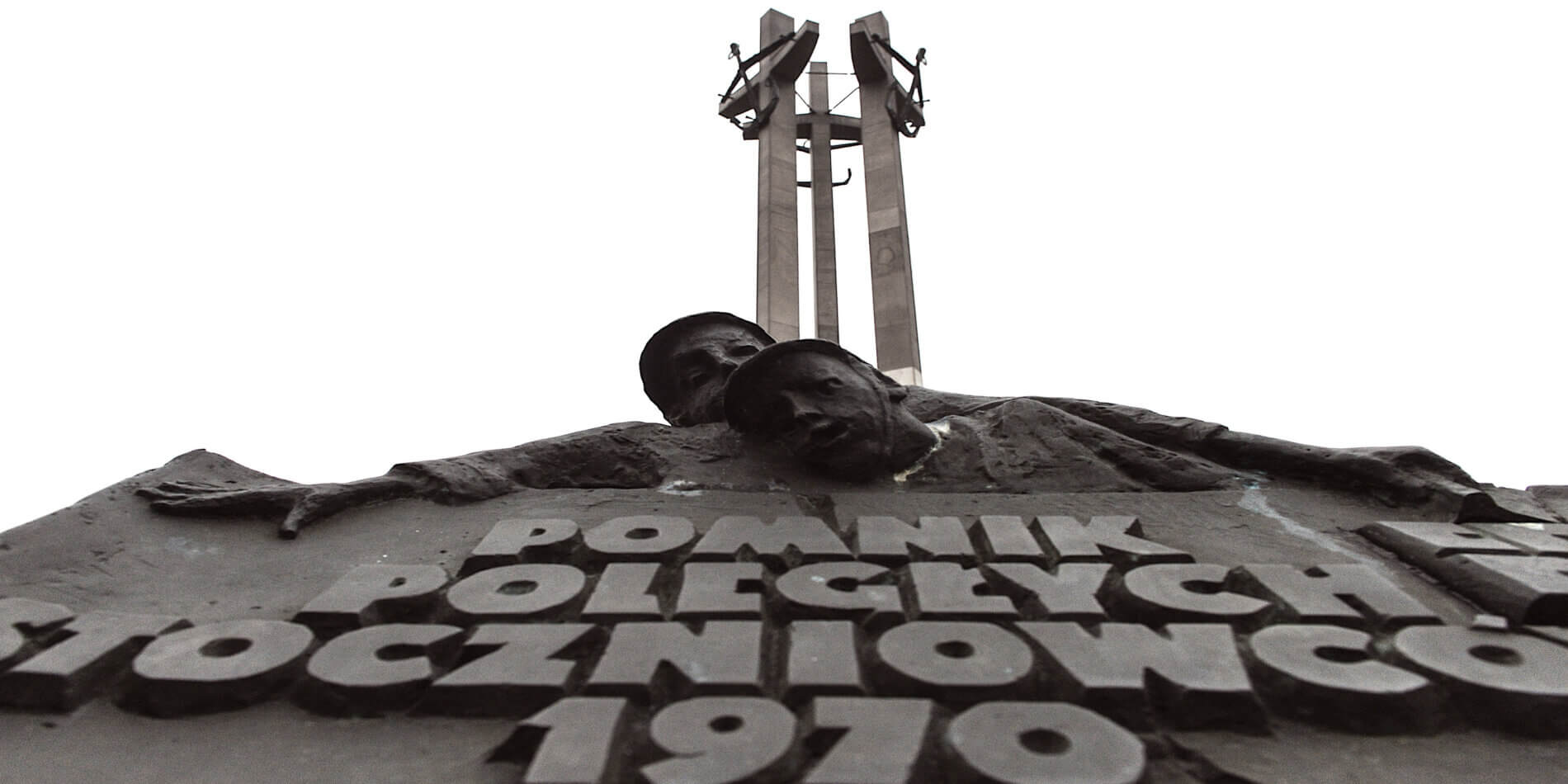 Poland and the countries in the region coped well with the first wave of the pandemic, mainly thanks to restrictions and preventive measures and disciplined publics who complied with them – writes Mateusz MORAWIECKI

For many European nations, the end of World War Two was the end of the big nightmare and the beginning of a new era of splendor and prosperity. But for the millions in Central and Eastern Europe, the end of war atrocities was not tantamount to the end of oppression. Based on the agreements of the leaders of the allied powers of the anti-Nazi coalition, Europe was divided into two parts. As a result of the painful separation, Poland along with Czechoslovakia, Hungary, Bulgaria, Romania, East Germany and some other countries were caught in the grip of the Soviet domination for several decades to come.

Years of underdevelopment and scars

The countries in Central and Eastern Europe have not experienced a peaceful transition from the wartime reality to the world of economic prosperity. The Iron Curtain dropped with a loud bang that could be heard in our part of the continent in particular. The earthquake was followed by successive aftershocks. But this apparently irrevocable verdict of history did not leave us apathetic or resigned.

Whenever the people and nations in the region resolved to revolt or openly protest, they were brutally repressed. This year’s December marks anniversaries of special importance for Poland’s remembrance – the 50th anniversary of the massacre of the workers of coastal cities, and the 39th anniversary of the martial law, the war which the communists imposed by the Soviet system waged against their own State. The history and identity of our friends in Central Europe abound with similar scars.

The cases of the youngest victims of the communist systems are especially strongly engraved in our collective memory. In Poland, one of those was Andrzej Pełka, the youngest victim of the martial law. He was not even twenty years old, when special communist police squads opened fire on the protesting miners in Silesia. The hard working laborers demanded better living conditions and decent wages. The totalitarian regime responded by brutally killing more than a dozen workers of the mine.

The fate of Peter Mansfeld, the youngest participant of the Hungarian Revolution of 1956, was just as dramatic. He was only fifteen years old when he became a messenger in an uprising directed against Soviet tanks. He distributed documents and leaflets, hoarded weapons, provided necessary medication. Mansfeld survived the collapse of the revolution but he continued resistance, setting up a group of teenagers who aimed to rescue their relatives, repressed and kept in a communist prison since the fall of the uprising. Their plan failed when one of the boys told his parents about the group’s intentions. The parents were communists and they reported the conspiracy to law enforcement authorities. Mansfeld was caught and sentenced after torture to death. The execution was suspended because Peter was still a minor. Eleven days after his 18th birthday, he was hanged. He passed away in agony, because due to an executioner’s fault it took him thirteen minutes to die.

Probably the most dramatic form of protest was the one chosen by the Czech student Jan Palach. Shortly after his twentieth birthday, the Warsaw Pact forces invaded Prague, thus crushing Czechoslovaks’ hopes for „socialism with a human face.” Communism had never had a human face. In an act of protest, Jan Palach set himself on fire in January 1969 on Wenceslas Square.

What the three stories have in common is not only the young age of those men but the fact that their experience has become a part of eternity as it was imprinted on the minds of millions of Poles, Hungarians, Czechs, Slovaks, and other Europeans. Their biographies are not only a tragic past but a testimony of the will to fight in the name of authenticity and truth.

Decades under the oppressive system

In the Communist bloc countries, everything was a kind of a game of pretense, one to be understood by only those who experienced oppression on a daily basis. People from the outside, those who lived in the free world, were not able to grasp “what was going on here,” as the Polish poet Stanisław Barańczak wrote. The Poles, Czechs, Slovaks, Hungarians, Germans from the German Democratic Republic, Bulgarians, Romanians, they knew perfectly well “what was going on here.” This shared knowledge united the countries of the Eastern Bloc back then, and it brought forth a sense of shared fate which we feel up to this day. In Central and Eastern Europe, we went through a similar hell of communist totalitarianism. We used similar measures to fight, we sought refuge in similar hideouts, we shared similar principles, and we believed in the same values. Thanks to this, our region today is a space of closeness not only in the sense of geography and culture but also in terms of history and identity.

A contemporary American writer of Czech roots wrote: “History resists an ending as surely as nature abhors a vacuum; the narrative of our days is a run-on sentence, every full stop a comma in embryo.” The COVID-19 pandemic is a new chapter of the difficult history that never says “enough.” The European Union, along with Central and Eastern Europe as part of it, has been writing this history, never putting a final full stop at the end of a sentence. In the face of an exceptional challenge such as the global pandemic, the communities in our region show how resilient they are to atrocities.

Europe during and after pandemic

The development of the economies of Central and Eastern Europe over the past few decades is truly a remarkable achievement, as McKinsey report shows. Ten countries, namely Bulgaria, Croatia, Czech Republic, Hungary, Latvia, Lithuania, Poland, Romania, Slovakia, and Slovenia increased their GDP per capita by 115 percent in the years 2004-2019. Still before the pandemic, the average economic growth in the twelve Central and Eastern European countries (the so-called Three Seas countries between the Baltic, Adriatic, and Black seas) in the years 2015-2019 was 3.5 percent as against 2.1 percent in the European Union. The current forecasts show that the countries in our region will be less severely affected by the economic consequences of the pandemic than other EU members. According to the autumn forecast, the Eurozone economy will shrink by 7.8 percent in 2020, while Poland’s by less than half of that.

Poland and the countries in the region coped well with the first wave of the pandemic, mainly thanks to restrictions and preventive measures and disciplined publics who complied with them. Countries in the region, Poland included, introduced first restrictions just a few days after the first Coronavirus infection was reported. In the face of the pandemic, the Polish government reacted immediately and resolutely. We were among the first countries in Europe that resolved to impose sanitary controls at main border crossings. We implemented unprecedented support programs for entrepreneurs and employees, worth significantly more than PLN 300 billion (EUR 65 billion). It made the biggest assistance package for Polish businesses in history.

The times we live in are often called “unprecedented.” Many sentences begin today with the words: “For the first time in history.” The pandemic, and our history above all, have taught us to stay humble – not in the sense of lying low but as a fundamental condition for properly assessing the situation and as a starting point to effectively deal with the adversities of life. The more capricious life is, the more we must arm ourselves with patience, perseverance, and hard-working approach.

We in Central and Eastern Europe know that just as armor is forged of iron, the difficult history of nations hardens human character. Our history is part of the history of Europe. Inspiring and instructive, it can be a source of strength and wisdom for hard times.

This content is protected by copyright. Any further distribution without the authors permission is forbidden. 11/12/2020
13 grudnia Morawiecki 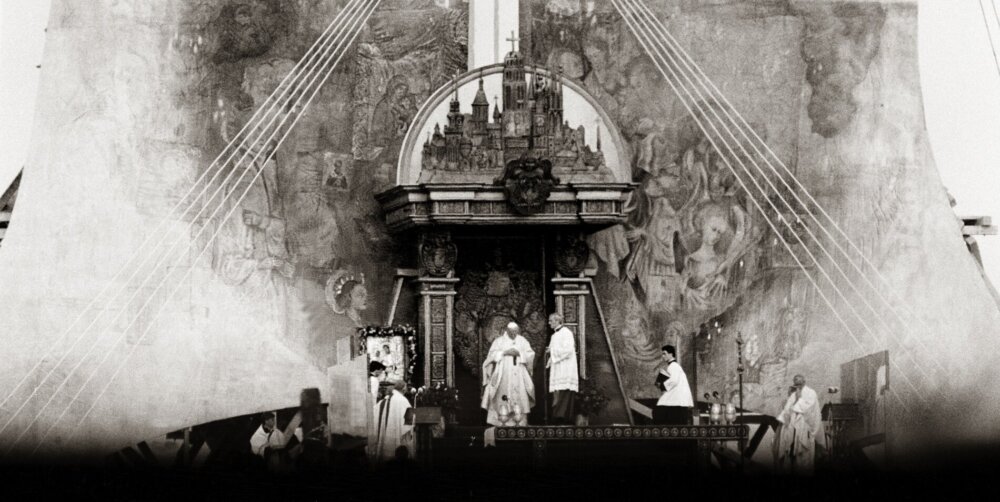