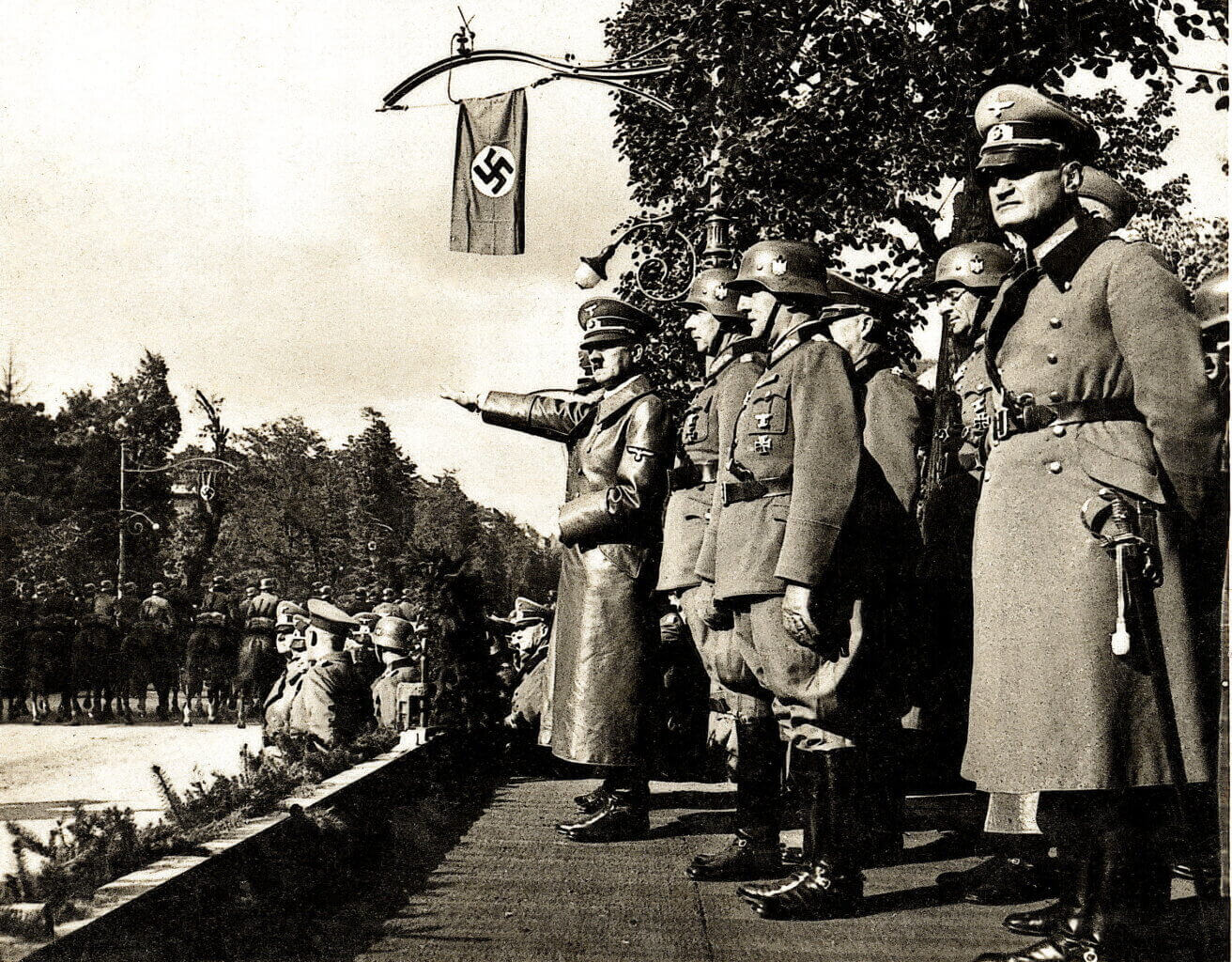 The laws of civilized nations dictate that damages are paid by perpetrators. In this case, there is no doubt who they are.

.Aggressive propaganda relies on continuous repetition of lies based on the principle that, no matter that the matter is later rectified, something will stick in the recipients’ memory, and the principle that while hardly anyone believes in little lies, it is hard to defend oneself against a big one. If we keep hearing that Poland is responsible for the Holocaust, and even for the outbreak of World War II, one needs to say we are dealing with consistent and aggressive anti-Polish propaganda, or anti-Polonism. One should also ask about the intention behind such measures, but the question should principally be addressed to the broadcasters of this mendacious propaganda.

Those who know a little less about the history of World War II should be reminded about the basic facts. In September 1939, the armies of the German Third Reich and the USSR invaded Poland without provocation, in conformity with a bilateral agreement of 23 August 1939 signed by Ministers Joachim von Ribbentrop and Vyacheslav Molotov. Poland had previously concluded non-aggression pacts with both of these neighbours, and consistently refused bilateral cooperation with either of them against the other. As a result of the German invasion of 1 September 1939, and the Soviet invasion of 17 September 1939, Poland only survived as a state in the form of a government in exile, initially resident in France and later, after 1940, in London. The lands of the Second Republic of Poland were occupied, and its citizens subjected to unprecedented terror: they were murdered, expropriated, and taken away to concentration camps, whereas the war resulted in the destruction of Polish properties to an extent unimaginable in the West. Furthermore, after the war, Poland was put in the situation of an ally state, but was a state defeated by one of the allies: Stalinist USSR. One of the perpetrators of the tragedy of the war stood among the winners, whereas Poland was forced to accept a totalitarian system involving general nationalisation, while reconstruction after the war was carried out with the hands of its citizens, using national funds that were not only acquired from regular taxes, but often, also, from pillaging residents.

The history of property found on the territory of the Second Republic of Poland was extremely complicated. It was destroyed during the war as a result of actions taken by the armies of the Third Reich and the USSR, as well as being pillaged by the state authorities and representatives thereof. After the war, the owners, being citizens of the Second Republic of Poland or their heirs, did not receive any compensation from the communists. Pursuant to the Potsdam Agreement, the Polish communist state, the People’s Republic of Poland (PRL), was to obtain a small amount of compensation from Germany via the USSR, which is a good illustration that PRL was a vassal state of the USSR. Sources provide no information about the amount of compensation provided by Moscow. The thesis that the Polish authorities resigned from such compensation is a pure fairy tale.  Traces of such a decision are extremely doubtful, and the grounds for and the right to make such a decision raise even more doubt. To make matters worse, at the end of communist rule, there were many cases of hectic and often illegal privatisation of property nationalised by the communists that was reconstructed by the hands of the Poland’s citizens after the war.

The war cost the lives of approximately 6 million Polish citizens, including about 3 million citizens of the Jewish minority. The Polish state is not at all responsible for the deaths of its citizens inflicted by the Germans or the Soviets because it had no control over the actions of the occupants on its territory. It is difficult to precisely assess the attitude of the citizens of the Second Republic of Poland with respect to the Holocaust, as there are no precise sources. Some citizens acted heroically providing shelter to their Jewish compatriots against the Germans, while others acted disgracefully giving them away to the persecutors, with the majority being passive for fear of their lives because the Germans punished protection of Jews with the death of entire families. This was the case of the Ulm family from Markowa. If someone chooses to see just those acting disgracefully without seeing the heroes commemorated at Yad Vashem, this is purely ill will.

If the reason behind repeating lies about “Polish concentration camps”, about the Nazis, and not the Germans, being the perpetrators of crimes on Polish lands, and behind accusing Poland of participation in the Holocaust and leading to the outbreak of war, is the intention to recover property lost by the Jewish citizens of the Second Republic of Poland, in particular with respect to heirless property, one must say as follows.

According to the laws of civilised states, compensation for losses is paid by the perpetrator who caused such losses. In our case, the perpetrators are well-known. These are the German Third Reich and the USSR which, as a result of collusion and the joint invasion of Poland in 1939, led to immense material damage on Polish territories, not to mention the death of over 6 million citizens of the Second Republic of Poland. Therefore, if anyone were to cover the claims regarding the loss of ownership rights and the values related thereto, these should be the legal successors thereof, not the contemporary Polish state or, as a consequence, the contemporary Polish taxpayer. To avoid repayment of ungrounded claims on the part of the true perpetrators, one can apply legitimate reprivatisation. The absence of a re-privatisation law after Poland regained freedom in 1989 was due to the great difficulties in this matter, as referred to above.

As a general rule, when evaluating the value of compensation due, one should take account of the value of all sorts of properties in 1939 less the mortgage at the time, plus devastation in the period 1939-1945. In insurance terminology, war damage is treated as “Force Majeure” and no insurer compensates the cost thereof to the insured. In this situation, it is not even important whether the damaged property was insured before 1939 or not. The claims with respect of the damage can only be addressed to the perpetrators. Determination of property value pursuant to an appraisal of its contemporary condition increases its value by the costs of reconstruction that were borne by all of Polish society due to the nationalisation of the economy after World War II, as well as the increase in property prices as a result of economic development. Therefore, to avoid enormous costs related to the perspective of compensation without any indemnity due to Poland, a “reparation-reprivatisation study” should be drafted for each property based on the calculated value of a claim according to the pre-war value, less the mortgage, less impairment as a result of damage, as well as changes to the price level after 1939, and the bodies pursuing claims as to the value of damaged property should be directed to the perpetrators of such damage, namely the governments of Germany and the Russian Federation.

.If anyone were to demand the present value of property lost after 1939 from the contemporary Polish state, namely from its taxpayers, this would indeed be absurd and entirely unjust. There must be limits to anti-Polonism.

This content is protected by copyright. Any further distribution without the authors permission is forbidden. 17/09/2021
Holocaust II Wojna Światowa Polska Wojciech Roszkowski