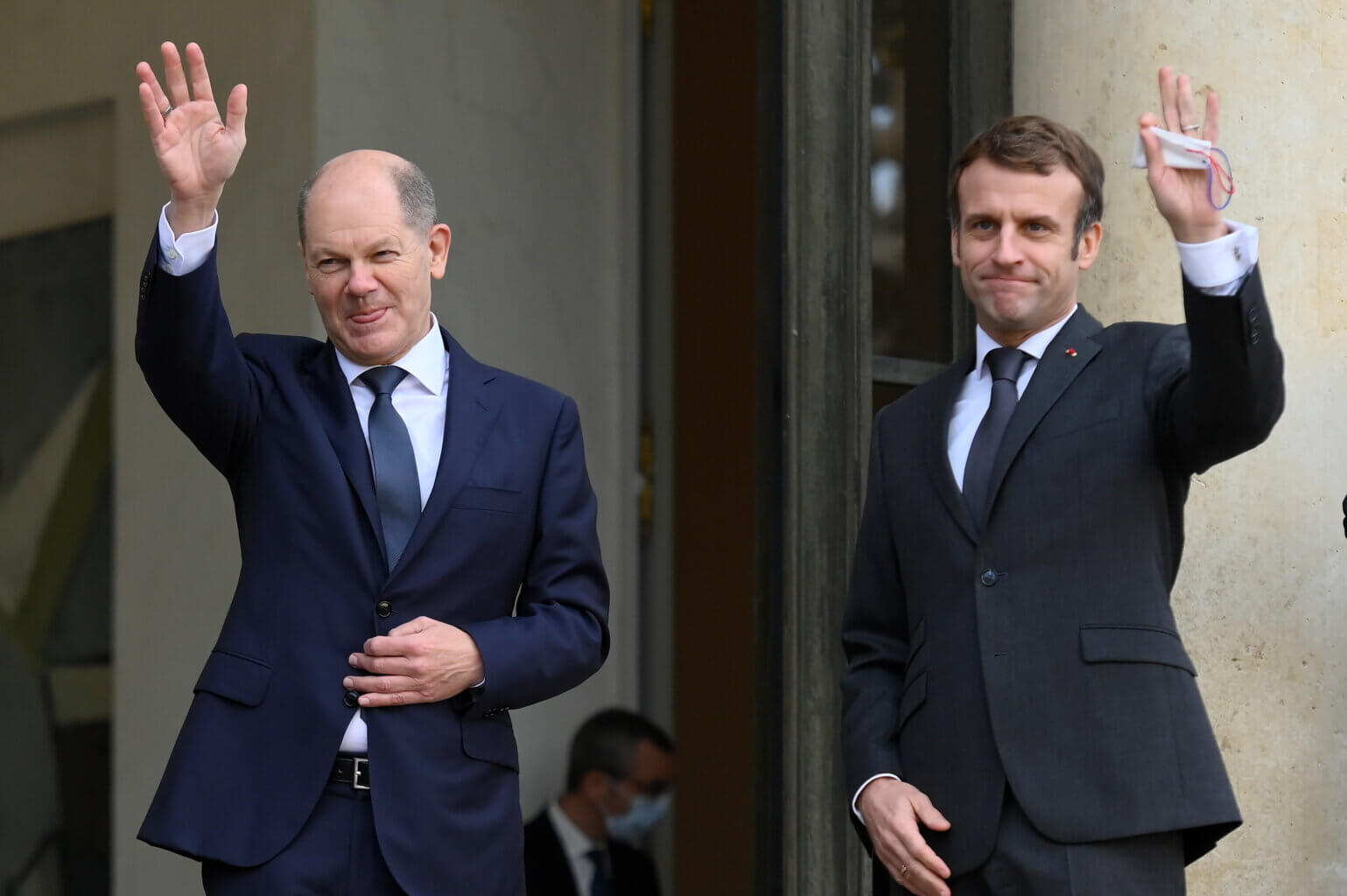 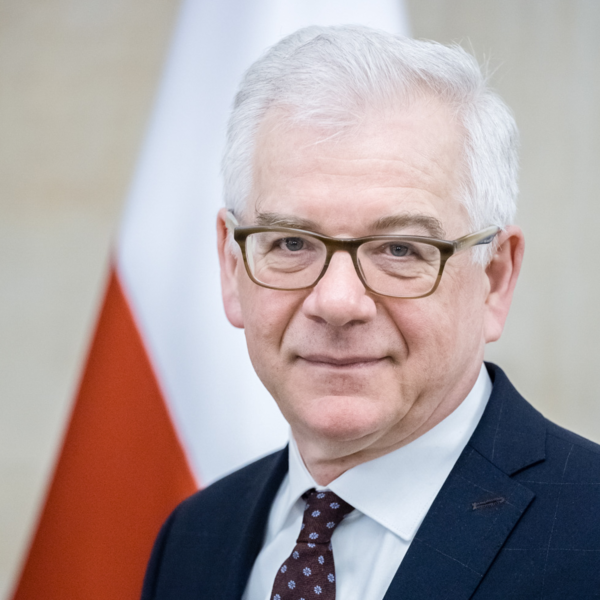 Will we recognise Russia as a normal state after the war, as we did Germany at the Munich Conference, or will we draw a line beyond which crimes are not tolerated? asks Prof. Jacek CZAPUTOWICZ

Mateusz M. KRAWCZYK: Is the accession of Finland and Sweden to NATO a fundamental change of the European order or only its prelude?

Prof. Jacek CZAPUTOWICZ: This change is underway, although some transformations in the East-West relations happened earlier. NATO enlargement, especially the accession of Poland and other Central European countries, was a fundamental change. At that time, Sweden and Finland pursued a policy of neutrality, believing it beneficial to their security. There are voices in Finland that not joining NATO with the Baltic states was a mistake. The current change in policy is a response to Russian aggression against Ukraine and an expression of the belief that this may not be the limit of Putin’s ambitions.

Mateusz Krawczyk: Enthusiasm regarding that change is somewhat dampened by Turkey. Will it block Finland and Sweden from joining NATO?

Prof. Czaputowicz: Turkey’s scepticism is a challenge. The foreign policy of Sweden is known to be aimed at protecting human rights, including those of national minorities. The protection of the Kurdish minority represented by the Kurdistan Workers’ Party, which Turkey regards as a terrorist organisation, shows the issue’s complexity. Also, the Americans have opposed Turkey’s arms purchases from Russia and have consequently limited military cooperation with that country. And although there is no simple answer to this question, I think that with US involvement, it is possible to break Turkey’s resistance.

Mateusz Krawczyk: The changes brought about by the war in Ukraine are many. Will this war determine the shape of Europe?

Prof. Czaputowicz: Russia’s aim in this war is to gain new territories and destroy Ukrainian statehood. It also wants to assert its right to intervene in countries it considers Russian sphere of influence. On the other hand, the enlargement of the North Atlantic Alliance to include Finland and Sweden will certainly be beneficial to its members. In its strategic calculations, Russia will have to consider a longer border with NATO and the organisation’s dominance in the Baltic Sea. The key, however, will be how the war in Ukraine ends.

Mateusz Krawczyk: In that case, how will the security system in Europe change?

Prof. Czaputowicz: These changes are manifesting themselves in many areas. Russia has already been excluded from the Council of Europe. We shall see how the situation in the G20 develops. Questions are being asked about the role of the Organisation for Security and Co-operation in Europe. In a sense, the entire Cold War construct, that is, the institutional form of a dialogue between the former Soviet Union and the Western countries, is no longer valid.

Mateusz Krawczyk: So is this the ultimate end of the Cold War order?

Prof. Czaputowicz: I would say this is rather the beginning of a new Cold War, announced by President Joe Biden in Warsaw. The relations between Russia and the West would be similar to those of the USSR and NATO in the first decades of the Cold War, before the creation of institutional forms of dialogue such as the CSCE. The US goals are to unite Western countries, isolate Russia internationally and weaken its economic and military power with sanctions, just as it did with the USSR.

Mateusz Krawczyk: What is, then, the perspective of the Western European countries?

Prof. Czaputowicz: Countries such as Germany, France and Italy don’t want to support a policy of long-term weakening of Russia. They lean toward starting peace talks and ending the war as soon as possible, even at the expense of Ukraine. That is the gap between the policies of the US, UK and countries of Central Europe and the policies of the aforementioned countries of Western Europe.

Mateusz Krawczyk: There is talk about the questionable ability of Western leaders to understand what will happen if Ukraine actually wins this war. Why might a Ukrainian victory prove disadvantageous to Western leaders?

Prof. Czaputowicz: I think Western leaders are well aware of the potential consequences of different options for ending this conflict. The problem is they see a protracted conflict and a possible Ukrainian victory as an outcome not necessarily in their interest.

Prof. Czaputowicz: Germany and France regard Russia as a vital link in the European security system. Such thinking is deeply rooted in the political cultures of these countries. It dates back to the 19th century, to the Concert of Europe and the existence of influence spheres. Ukraine belongs to Russia’s sphere of influence and that should be respected.

Today, politicians do not use an explicit language of geopolitics or spheres of influence. For example, German President Frank-Walter-Steinmeier speaks about Russia’s place in the new security architecture. At the same time, president Emmanuel Macron sees Russia as a necessary part of the new European balance. These concepts mean the same thing: Russia is a key element of the European security system, and its interests must be respected. To play that role, Russia must be allowed to save face. However, it’s also about saving face of the French and German leaders whose policies made this war possible.

Mateusz Krawczyk: Estonian Prime Minister Kaja Kallas has said that Europe’s new leaders come from its periphery. Is that so?

Prof. Czaputowicz: In the division between countries in favour of allowing Russia to save face and those hoping for a Ukraine’s victory, we are in the second group along with the United States, United Kingdom, Canada and countries of Central Europe.

This division is also related to the values which the world is to be built on. Anglo-Saxon and Central European countries believe that Ukraine has the right to sovereignty and to choose its own development path. That right, as superior and inalienable, should be the main guideline in foreign policy. Besides, Poland exercised this right after 1989, pursuing a policy of integration with the Western world.

In contrast, earlier-mentioned Western European states believe that foreign policy should be guided by interests and spheres of influence, not values, norms and laws. However, they cloak this geopolitical approach in neutral categories such as the security architecture of Europe.

At the same time, in the European discourse, Germany and France are considered defenders of European values, while Poland, for example, is seen as a country that fails to respect them. It creates cognitive dissonance and makes Western European politicians uncomfortable. Here lies the chance that pressure from Ukraine and the supporting countries, especially the pressure from European public opinion, will influence the actions of Western leaders.

Mateusz Krawczyk: What is the effect of this pressure?

Prof. Czaputowicz: More sanctions packages and sending arms to Ukraine . . .  Lasting change, however, requires a transformation of the political culture in which Russia holds a privileged place. And that’s not easy. We should expect more calls to Vladimir Putin that will undermine the Western unity, painstakingly built by President Biden.

Mateusz Krawczyk: Does the recent Conference on the Future of Europe offer an opportunity to redefine these European values and to uphold them?

Prof. Czaputowicz: The results of this conference were reduced mainly to the problem of moving away from unanimity in decision-making. However, the example of Ukraine shows that it is not how decisions are made but the direction of those decisions that is most important.

The EU’s policy towards Russia, imposed by Germany and France, turned out to be wrong. While Poland’s policy – the policy of independence from Russia – turned out to be right. It is not logical to argue now that the decision-making system should allow countries opposing the EU mainstream to be outvoted. Fortunately, Poland refused to accept this mistaken policy towards Russia, despite paying the high price of partial marginalisation.

Mateusz Krawczyk: Does the example of Ukraine show, then, that we cannot aim for a supermajority in such important matters as the common foreign and security policy?

Prof. Czaputowicz: The policy towards Russia was not only wrong but also unethical and contrary to EU values. Germany and France have pursued their own interests while posing a deadly threat to Ukraine and endangering the security of EU Member States. Finland and Sweden’s applications for NATO membership are proof of this.

Mateusz Krawczyk: In that case, what is the possible future position of Central Europe and Poland in the EU?”

Prof. Czaputowicz: For years, the image of Poland among the western elite has been untrue. We were perceived, for example, as a society unfriendly to refugees. But it has turned out that Poles are open to refugees from Ukraine. We certainly have our day and show our true face.

Mateusz Krawczyk: Does Russia’s future now depend on the West?

Prof. Czaputowicz: Russia has gotten away with previous aggressions – against Georgia and Ukraine and military actions in Syria, Libya, Central Africa and Venezuela. Robert Kagan once wrote that to one wielding a hammer, all problems look like nails. Western countries have taught Russia that military force is an effective foreign policy tool. The war in Ukraine is a consequence of Russia learning from the attitude of the West.

Russia’s future today depends on whether we allow it to annex part of Ukraine’s territory and invalidate its war crimes. In other words, it depends on whether we treat Russia as a normal state, as we did Germany at the Munich Conference in 1938, or adhere to the values and draw an absolute line beyond which crimes will not be tolerated. 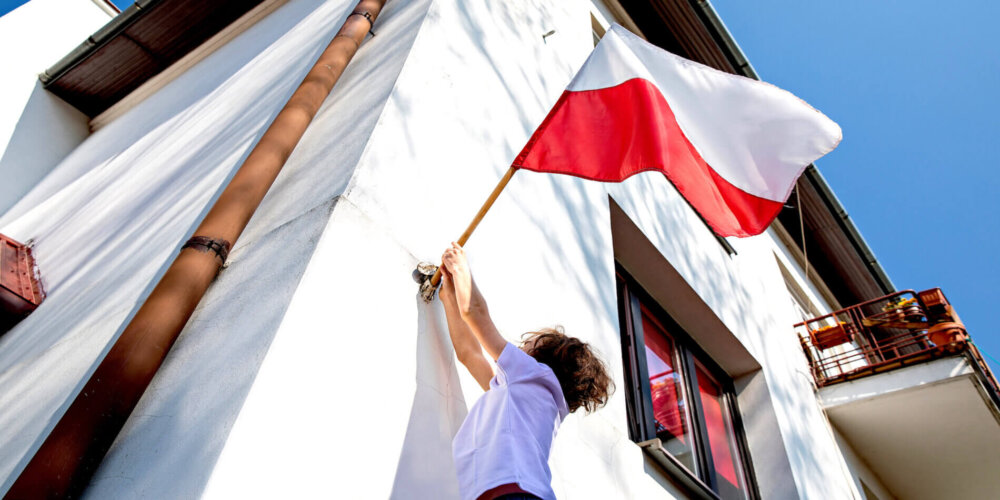 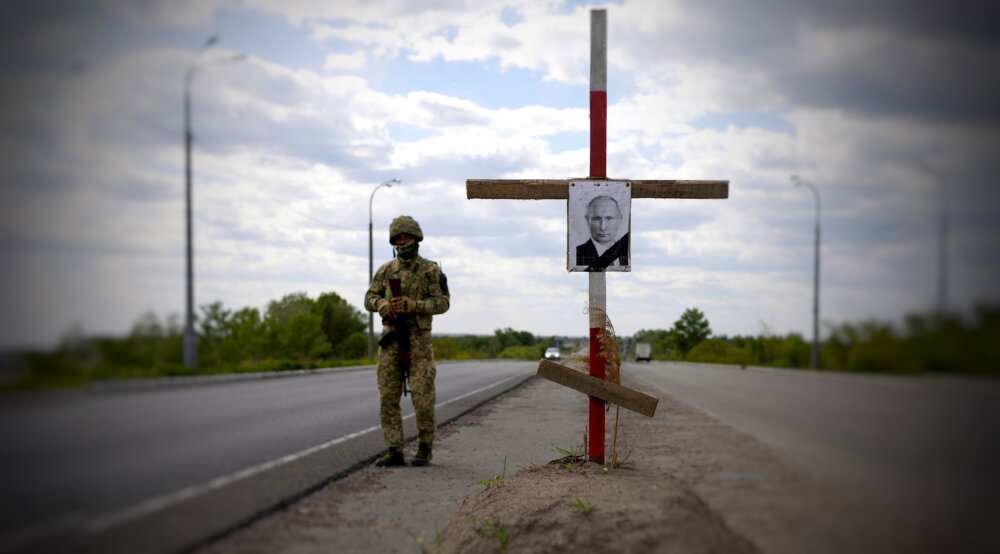